A Perfect Day: Humour as an antidote

16/05/2015 - CANNES 2015: Fernando León de Aranoa has come up with a tragicomedy: 24 hours in the lives of a group of aid workers in a war-torn country, peppered with the laughs needed to alleviate the horror

The only Spanish representative (with a feature film) at the 68th Cannes Film Festival is a happy man: his seventh work of fiction is treading the Croisette within a section dripping with hero worship and prestige. And he is doing it with an ensemble film that has an ironic title, and which seems to have been plucked from a different time, from a couple of decades ago. A Perfect Day [+see also:
trailer
interview: Fernando León de Aranoa
film profile] whisks us away to the final days of the Balkan War, back in the 1990s. There, a group of international aid workers are trying to do their job: today, they have to pull a dead body out of a well. They have 24 hours to find a solution; otherwise, the water will be spoiled and the local population will have nothing to drink.

Fernando León de Aranoa introduces us to the group that the story revolves around: the leader is Puerto Rican Mambrú (played by Benicio del Toro), a proper mercenary and tough guy who has begun romantic flings with female colleagues in the past but appears to have decided to settle down at last. He is backed up by an American known as B (Tim Robbins), a sturdy cowboy who is no stranger to war and is a fan of an aggressive brand of rock and roll, with which he torments his colleagues – and the viewer – through his car stereo. There are a couple of women, too: a freshly arrived French lady who is a total novice when it comes to strong emotions (Mélanie Thierry), and a Russian woman (Olga Kurylenko) with good looks worthy of a model and who previously had an affair with Mambrú. Finally, local man Damir (Fedja Stukan) will serve as their interpreter with the Bosnians and will stoically bear witness to the – sometimes illogical – manoeuvres of this group of individuals confronted by the delirium, dehumanisation and senselessness of war.

As he did in Mondays in the Sun [+see also:
trailer
film profile], Familia and Neighbourhood, the Madrilenian filmmaker once again addresses important topics, using the ins and outs of the relationships that exist between the members of a group of people as his starting point: he likes to pick apart this microcosm using a foundation of sharp, witty and entertaining dialogue. The downside is that this time, his humour ends up feeling rather forced, and the situations that the characters find themselves in lack the requisite appeal to seduce today’s audiences. Basing his screenplay on the novel Dejarse llover (“Let It Rain”) by Paula Farias, Aranoa has added new roles and more action to the script, but even so, the appearance of the film ends up being dated, inane and bland, a shortcoming that is not even made up for by the big-name actors among the cast.

What the director does manage to do with this film, however, is demonstrate that violence lays waste to common sense and coherence. He also shows that, in the face of overwhelming misfortune, all we have left is that liberating, revolutionary and cathartic lifesaver – humour. This is what is used as a shield by the international aid workers whom de Aranoa himself met in situ while shooting documentaries. These are human beings who – just like an oncologist or an undertaker – need to use a joke or a witticism in order to distance themselves from pain; this is the only way they can survive in a land riddled with the horrors of war and, thus, the only way they can press on with their work.

A Perfect Day is a production between Reposado Producciones and Mediapro, with the collaboration of TVE, Canal+, TV3, Telecable and Orange. Westend Films is taking care of its international sales.

more about: A Perfect Day

“I feel comfortable with the absence of a defined genre”

CANNES 2015: Spanish filmmaker Fernando León de Aranoa is making his Cannes debut with A Perfect Day, a film that boasts an international cast

"The life cycle of films has shortened drastically" 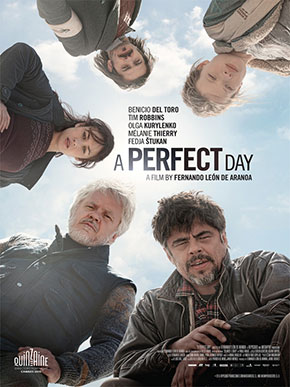 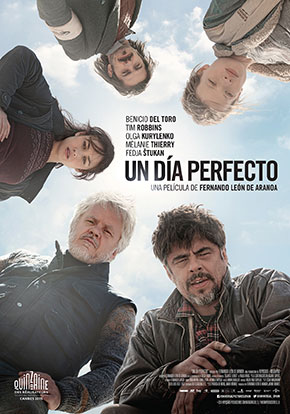 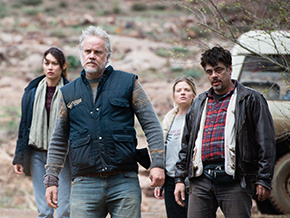 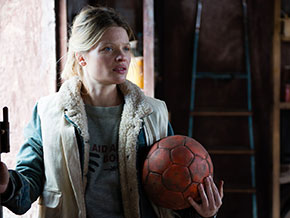 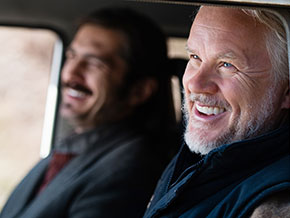 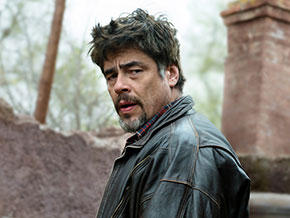