The Wakhan Front: The invisible enemy

16/05/2015 - CANNES 2015: Clément Cogitore's first feature film is an astonishing and highly original piece of young French cinema about a platoon of soldiers in Afghanistan

"Southern Post to Northern Post", "civilian in sight", warnings, patrols, long periods of waiting around, sudden exchanges of fire which pierce the silence that quickly settles in again afterwards: Clément Cogitore ventures into military territory with his first feature film, The Wakhan Front [+see also:
trailer
film profile], which is being screened in competition in Critics' Week at the 68th Cannes Film Festival. A subject which has been touched on very little in French film, here the army is portrayed in a way which is all the more original for the fact that the storyline plays out in Afghanistan, centering around the inexplicable disappearance of soliders in an environment characterised by rocky ground, heat and isolation. The setting is reconstructed realistically and cleverly by the director, known for his talent as a visual artist, who clearly knows how to create atmosphere and works on the border between genres (war/fantasy; thriller/action) and areas of interest (realism/mysticism).

"Blessings are for the dead! You need a cool head if you want to return home in one piece." Captain Antarès Bonnassieu (played by the intense Jérémie Renier) firmly leads his platoon on a surveillance mission into a valley in the middle of the Afghan mountains, not far from the border with Pakistan. With the exception of minor skirmishes with the Taliban and diplomatic/stormy neighbourly relations with the local villagers, all goes to plan. From blockhouses, the soldiers observe their surroundings, on the lookout for the unexpected day and night, exchanging stories over the radio or at their camp of their memories of Kabul, of the bodies of soldiers that were blown into a thousand pieces and then sent home in sealed coffins filled with earth. But this routine comes to an abrupt halt with the inexplicable disappearance of two soliders who seem to have vanished into thin air. After holding a fruitless inquiry fraught with accusations and threats (from his own soldiers and then the villagers), and increasing security measures, another disappearance moves Antarès to take action and enter into talks with the Taliban rebels, as they are also looking for men who seem to have fallen off the face of the Earth. What's going on in this place? Why are the men having the same disturbing dreams about the disappeared men being in a cave somewhere? Antarès tries to find rational explanations to it all whilst fears that metaphysical forces are at work mount...

Filmed using a shoulder-mounted camera, The Wakhan Front paints a highly realistic portrait of daily life in the army and perfectly uses the scale of its natural setting and technology such as thermal imaging and infra-red sight to thrust the viewer (in an elegantly unique way) into the shoes of the soldiers. With a rhythm not unlike that of The Desert of the Tartars, the director skilfully creates a threatening atmosphere for a group of men (solidly portrayed, most notably by Kevin Azaïs and Sâm Mirhosseini) straying dangerously close to the edge of the abyss as if suffering from dizziness, torn between beliefs and worlds (western and eastern) that are just too different. Built on the principle of "the less you say the better", the film (the storyline for which was written by Clément Cogitore with the collaboration of Thomas Bidegain) showcases a filmmaker who, despite unfortunately going astray during the home straight of the film with an excess of mysticism and metaphors, is not afraid of being bold.

Produced by Kazak Productions and co-produced by Belgian production company Tarantula, The Wakhan Front will be distributed in French theatres by Diaphana, and international sales will be taken care of by Indie Sales.

more about: The Wakhan Front

The 11th Les Arcs Film Festival, taking place from December 14 to 21, launches its call for submissions to its Coproduction Village 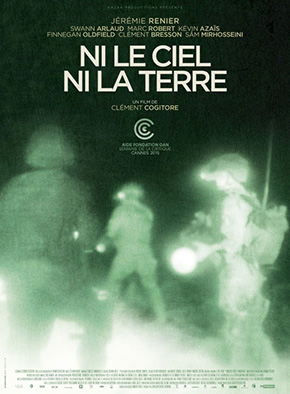 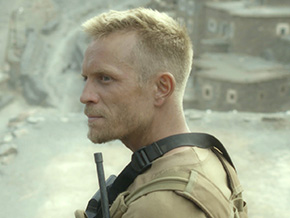 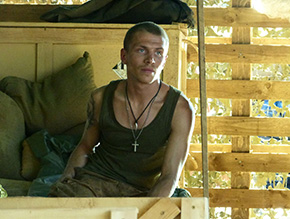 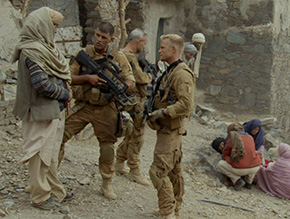