Son of Saul: the workers of death

15/05/2015 - CANNES 2015: The first feature film by Hungarian filmmaker László Nemes is stunning in its visceral approach to the Shoah. The first blow of the 68th Cannes Film Festival

Geza Rohrig in Son of Saul

A subject matter which remains eternally powerful, approached with no holds barred, has brought a debut feature film into the spotlight of the competiton of the 68th Cannes Film Festival without its director, Hungarian-born László Nemes (38 years old), having been introduced via a parallel section in any previous edition of the festival.

Son of Saul [+see also:
trailer
Q&A: László Nemes
interview: László Rajk
film profile] once again reminds us just how powerful the formal rigour of Hungarian film can be and succeeds in creating a realistic tension that is rarely, if ever, expected from a film in which the action plays out in a concentration camp.

It’s October 1944 and for two days the camera closely follows Saul, a member of the "Sonderkommando". These special teams of prisoners, nicknamed the "bearers of secrets" work in the crematoriums of Auschwitz and know what really goes on there. They undress the corpses, clean away the ashes… In the midst of an uprising by the prisoners, Saul embarks on an impossible quest: to find a Rabbi to bury the body of a child he thinks is his son.

On the basis of the echoes of the Shoah that resonate through his family’s past and a book of eyewitness accounts he discovered some years ago, the director builds an unforgiving trinity of one-person framing (by Matyas Erdely), an immersive soundtrack (Tamas Zanyi) and perfectly orchestrated chaos. This gives Son of Saul the supporting structure for a rollercoaster ride. Its fast-paced rhythm gives the viewer few opportunities to catch their breath and even action films could learn a thing or two from its unbridled sequence shots. There’s also less room for the sentimentality that usually characterises films on this subject. After four years of being immersed in the horror, Saul has been desensitised by the camp. Death is his trade. It is him and him alone who we follow in his physical and emotional wanderings. Violence no longer has a visual impact on Saul and the viewer sees little of what is going on around him, just like he fails to see anything that is not the focus, sometimes obsolete, of his attention. Nemes uses short focus, no wide shots whatsoever and reduces the storyline to a wild goose chase, which serves as a red guiding thread for the film, a colour that is actually absent from the film, which shows no bloodshed even in its brutal scenes of assembly-line massacre.

Geza Rohrig, who plays Saul, is not an actor, he’s a Hungarian writer and poet who lives in New York but who, with his expressions and raw style of acting, clearly took to this new form of expression like a duck to water.

Son of Saul deals a blow with its unique approach without, at any rate, overlooking the social context, represented by internal tensions between prisoners and the complex structural hierarchies of a concentration camp the size of Auschwitz. This guided tour of a factory of death takes us into its bowels, its dirty and secret nooks and crannies which have yet to be fully cleansed, a great paradox of the Nazi ethnic cleansing campaign. This other impossible quest of the film joins that of Saul, who in the end, only succeeds in digging his own grave, reduced to blinding individualism bordering on madness…

Son of Saul is a Laokoon Filmgroup production sold internationally by Films Distribution.

more about: Son of Saul

Hungarian production designer László Rajk spoke to Cineuropa at the 2016 Visegrad Film Forum about his latest work: recreating Auschwitz for the critically acclaimed Son of Saul

"It's not a film about survival, but rather about reality and death"

"For his fellow inmates, he was a symbol of hope for victory over Nazi terror" 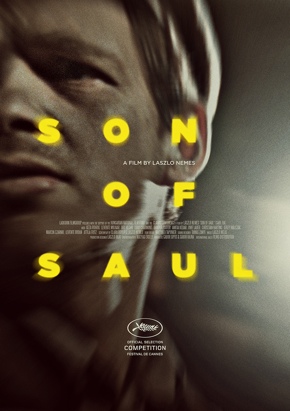 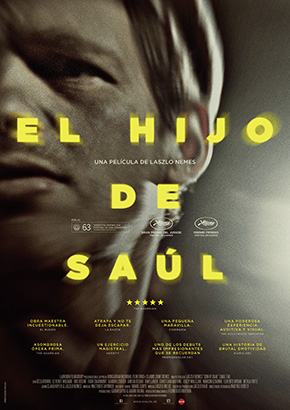 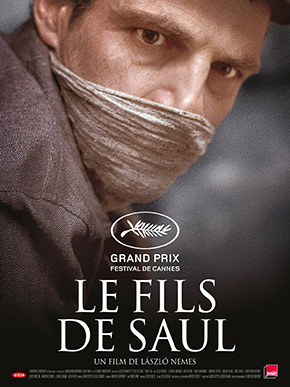 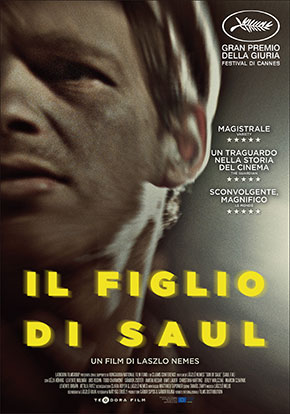 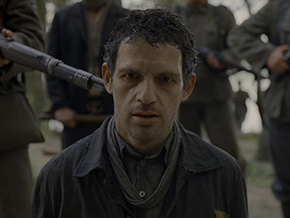 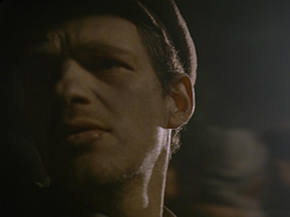 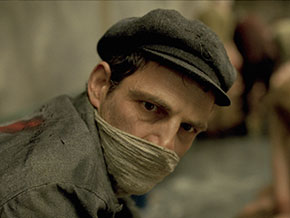 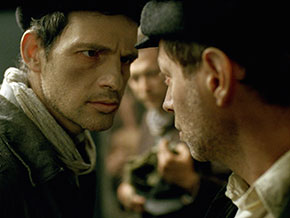