Mustang: Five girls and the fate of women

19/05/2015 - CANNES 2015: A first foray into feature film for Deniz Gamze Ergüven with an energetic and accomplished piece on the status of women in Turkey

Five girls, orphaned sisters aged between 12 and 16 years old, whose lives are a Garden of Eden filled with laughing and playing in the waves of the Black Sea with the boys from the school in their small village in the north of Turkey. But the status reserved for women in this country soon cuts down this group of girls ("the whole village is talking about your obscenities") and their family (their grandmother and uncle) decides to take back control of them, to prepare them and hasten them towards their future fate as wives. This is the opening premise of Mustang [+see also:
trailer
interview: Deniz Gamze Ergüven
film profile], the first feature film of Turkish filmmaker Deniz Gamze Ergüven, highly acclaimed in Directors' Fortnight of the 68th Cannes Film Festival.

The director flawlessly avoids falling into the trap of lament and excessive dramatisation whilst painting an accurate portrait of the progressive imprisonment of young girls by a society under the thumb of men with the blessing of tradition behind it. By choosing to tell the story through the eyes (and voice-over) of the youngest of the sisters, the rebellious and irreverent Lale (Günes Sensoy), the director injects a redeeming sense of humour into her film, an adamant energy, a sunny optimism that offsets the more sombre elements of the story. All wrapped in a rhythmic screenplay (written by the director with French writer Alice Winocour) discreetly inspired by the classic structure of fairy tales (the heroine must overcome hardship to free herself).

After being reported by their neighbours for their innocent behaviour perceived as scandalous, the daily lives of the five sisters change drastically: "anything that could corrupt us was forbidden" (make-up, computer), "the house became a wife factory that we never left", "we had to wear shapeless poo-coloured dresses." Their grandmother teaches them how to cook and clean, showing them off to attract the attention of potential husbands. Even virginity tests are organised and special meetings between families (where deals are made) to confirm happy marriages (of the eldest daughter Ilayda Akdogan) or unhappy marriages (of the youngest sister - Tugba Sunguroglu). The days when Lale would sneak out with all her sisters and take them to see a football match reserved for fans, in a moment of frenzied joy, already seem long gone. Bars have been fixed to the windows and it all becomes too much for Ece (Elit Iscan), who commits suicide. Nur's (Doga Zeynep Doguslu) turn is drawing near when the untameable Lale decides to take matters into her own hands...

Driven by a sustained rhythm, Mustang showcases a director with an undisputed talent for portrayal, who allows her film, shot in one location, to breathe with beautiful landscape shots (of the sea, greenery, a strip of road, the summer light). The charismatic actors do the rest to make this a very promising film scored by Australian musician Warren Ellis which carries a strong feminist message.

Produced by French production company CG Cinéma with Germany and Turkey, Mustang is due to be distributed in France by Ad Vitam and is being sold internationally by Kinology.

"In film, there are no borders"

The Turkish director talks to us about the making of her first film, Mustang, the undisputed revelation of Directors’ Fortnight at this year’s Cannes Film Festival.

End of filming in sight for Jérémie Guez’s Kanun

The French filmmaker is in Albania finishing his new thriller, a Cheyenne Federation production sold by Other Angle Pictures and starring Waël Sersoub and Tugba Sunguroglu

"For us, the theatre experience is crucial" 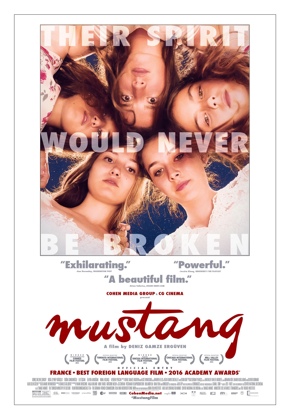 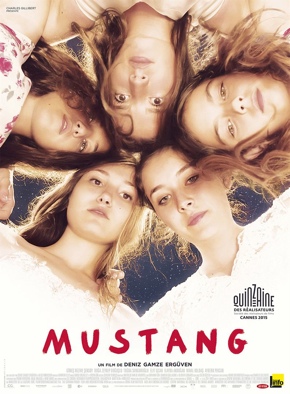 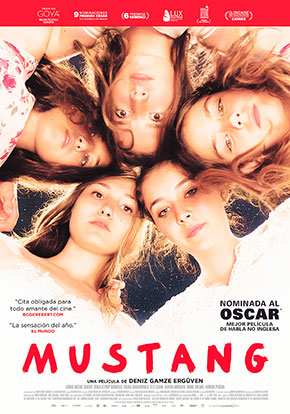 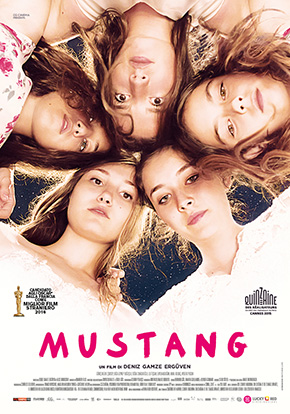 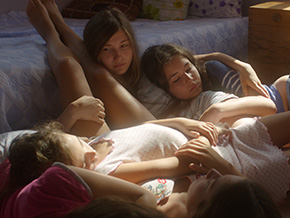 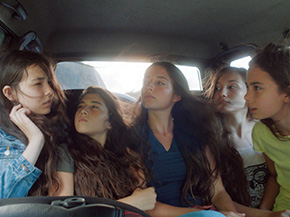