Louder Than Bombs: Perception and truth

18/05/2015 - CANNES 2015: By breaking up the space and time of the narrative, Joachim Trier attempts his greatest work with a film as fascinating as it is unfathomed

Isabelle Huppert and Jesse Eisenberg in Louder Than Bombs

The arrival of a newborn, especially when it's a first newborn, always leaves parents in a groggy stupour, overcome by new feelings and bewildered by the unknown. And that of Louder Than Bombs [+see also:
trailer
interview: Joachim Trier
film profile] by Joachim Trier, unveiled in competition at the 68th Cannes Film Festival, falls perfectly in line with this tradition. The film of the Norwegian filmmaker mixes the motifs of an oeuvre with high cinematographic and philosophical ambitions through the use of letters in an inventive and boldly complex piece that nonetheless manages to hold out for the duration of a story that is simple at its core: that of a father (Gabriel Byrne) and his two sons (Jesse Eisenberg and Devin Druid), three years after the accidental death of the former's wife (Isabelle Huppert), a famous photographer who specialised in zones of conflict.

Weaving his story (written with his usual partner in crime Eskil Vogt) in both a circular and linear way by stringing together stylistic devices fragmenting perception (superimposing past and present, merging borderline dreams with reality, materialising the imaginary, using self-answering voice-overs, and many more), at times offering alternative visions that contradict first impressions, Joachim Trier questions the subject of perception, of true and false, of the images people have of one another.

Secrets come to light, roles are reversed and the characters gradually start to see each other in a different light. The father is involved in a secret romance with one of the teachers of his younger son, who starts to see even himself in a new light when he learns the truth behind the death (suicide) of his mother, which has been hidden from him. The elder son uncovers, in looking at the last photos of his mother, an affair which he hides from his father, who nonetheless finds out about it, confronting the lover who brings him face to face with his own misinterpretations of his wife's feelings. Misunderstandings and multiple false impressions are dissected in the frozen sense of time experienced by the characters who are all trapped by forms of social isolation (escaping through their new identities in the virtual world, where they take refuge in pieces of the past) that disrupt their perception of reality. As in the end, everything comes down to perception and not image (which can be falsified). By eradicating the chaos little by little, the father and his sons re-establish their identity, the fundamental essence of the journey of life.

Joachim Trier unleashes the huge power of the mother's photos of devastated worlds and people on this family portrait, which floats in a desert of real feelings under the strain of loss and uncertain role plays. He also gives free rein to the power of a narrative that explodes into a thousand swirling elements, plunging the audience into the maelstrom of imagination and memory. This significant formal deconstructive ambition which will unsettle some for probably more than a year and which will almost certainly annoy others, has a slightly detrimental effect on the sympathy we feel towards the protagonists, which doesn't at all stop Louder Than Bombs being a film that is worth seeing a second time.

Louder Than Bombs is a co-production involving Norway, Denmark and France, and is sold internationally by Memento Films International.

more about: Louder than Bombs

CANNES 2015: Cineuropa met up with Norwegian director Joachim Trier to talk about Louder Than Bombs, which he is presenting in competition for the Palme d'Or

Upcoming films by Abderrahmane Sissako, Aurélia Georges and Bruno Podalydès will likewise be co-produced by the film subsidiary of the French-German TV channel

"I believe things are developing in the right direction"

Slovenian producer Rok Sečen, of Ljubljana-based outfit Monoo, is taking part in the 2018 Producers on the Move and talks to us about it

Thelma: Love can tear you apart

Norwegian cinema admissions up 8.9% in 2016 – the best result in Europe 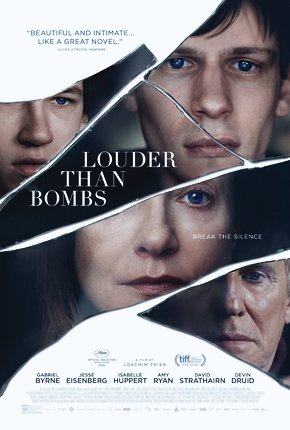 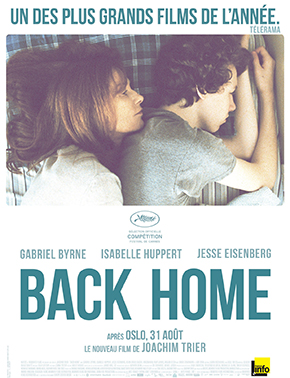 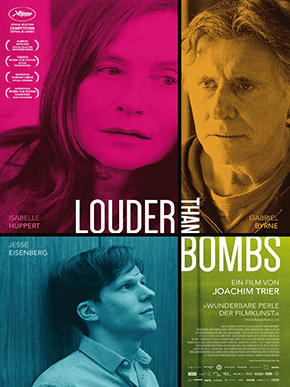 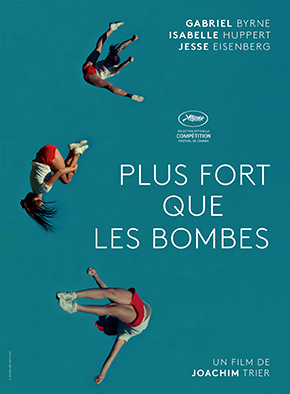 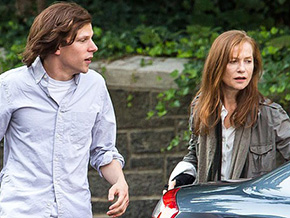 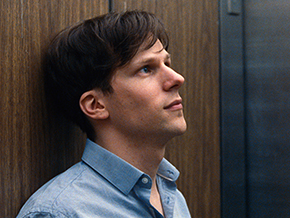 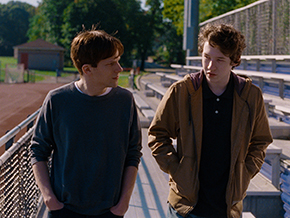 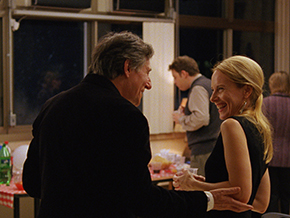 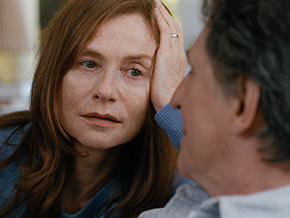