Land and Shade: Tears forged in the ashes of hope

There have been a number of films at the 68th Cannes Film Festival that have slowed their pace to better communicate different ways of life, and some have been more successful than others. Cesar Augusto Acevedo's Land and Shade [+see also:
trailer
film profile] was one of the good examples, as it spell-bindingly related a rural consciousness to its audiences. This was because the film abounds with aural rhythms, and it generates a gloriously enthralling sense of depth and movement. It does this by constantly having characters move towards and across the camera, whilst the camera itself always slowly creeps to and from the protagonists.

This Colombian film is one of the Critics’ Week’s best. And its competing for the Caméra d'Or should accelerate Acevedo's career, following his also successful first script for Los Hongos [+see also:
film review
trailer
film profile]. But his enjoyment of this success may be tempered by the fact that the director has openly admitted that this film "was born of personal pain", and represented an attempt to reconnect with both his deceased parents and his native culture.

Nevertheless, it unmistakably marks Acevedo's arrival as both a poetic and a political filmmaker. His personal entanglement has also clearly increased the script's poignancy, as we see the return of an absent father to a farm where two generations of his family still reside. Despite his wife's hostility, this father is forced to return by his son's ill health, and here things start to get political. Things have changed in his absence, and the family home is now claustrophobically hemmed in by sugar cane.

Theirs is the land, but the shade is now something much more out of their control. A delicate and sinister snow showers their land as plantation owners burn their monocultures for harvest; and the resulting pollution causes the son, Gerardo, to become hopelessly bed-ridden. They are dwarfed and exploited by this industry, meaning the characters must constantly fight against the grime in their lives to keep their beloved Gerardo from dying. This is a fate that only communal revolt seems to be able to allay, and echoes of Colombia's communist past can certainly be heard.

But due to being frequently house-bound, Land and Shade also greatly resembles Inés Maria Barrionuevo's Atlantida [+see also:
trailer
film profile], an Argentinian film that similarly lurks in dark, domestic settings. Both movies exploit that glorious burnt ochre light that the South American sun lends to their interiors. But Acevedo has depicted these scenes particularly beautifully and poetically: lamps repeatedly cast incandescent balls of light around the family, lending them a highly Christian meekness.

And great attention has been paid to introducing (and subverting) several stunning one-point perspectives, too, making this film very visually pleasing. The movie's narrative is also much fuller than that of Atlantida, and it culminates in one of the most hellish denouements of Cannes so far. A climax that will have many sniffling in their seats, so come prepared…

Land and Shade was produced by Colombian outfit Burning Blue and co-produced by Ciné-Sud Promotion (France), Topkapi (Netherlands), Chile and Brazil. International sales are handled by Pyramide, which will also distribute the film in France in September.

more about: Land and Shade

"Colombia has a lot to say in cinema"

Cinergie.be met up with Belgian-Colombian director Nicolás Rincón Gille, who participated in the Cinéfondation Atelier at the Cannes Film Festival with his project Valley of Souls

The Bratislava International Film Festival hands out its awards

The Audience Award has gone to Mustang, with a Special Mention for Maryland and the Grand Jury Prize for the co-production Land and Shade

"Taking a gamble on filmmakers" 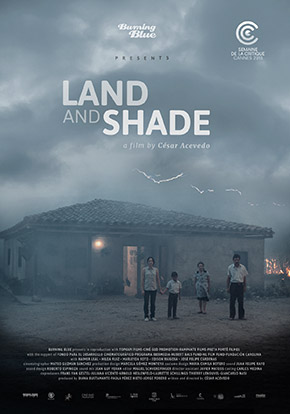 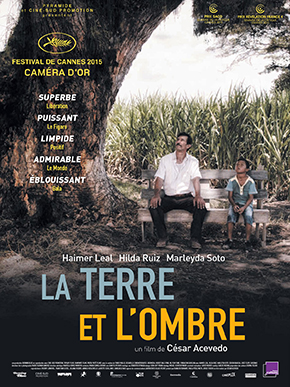 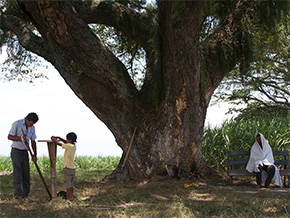 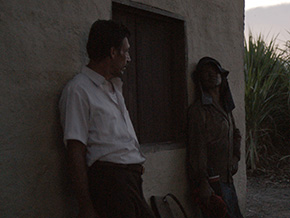 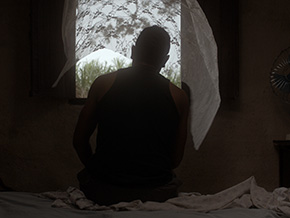