Dégradé: Gaza with rollers in

22/05/2015 - CANNES 2015: Arab and Tarzan Nasser take an opposing view of the usual representations of Gaza by spending the entire 1h30 of their film in a beauty salon

If truth be told, although the reality portrayed in Dégradé [+see also:
trailer
film profile], the first feature film of charismatic brothers Arab and Tarzan Nasser, shown in Critics' Week at the Cannes Film Festival, does not suggest that there has been any improvement in relations and living conditions on the Gaza Strip, the film doesn't focus on a deterioration itself, but on haircuts. Indeed, the film plays out entirely in a single space, a beauty salon on the Gaza Strip where a dozen or so women are gathered and men are forbidden - although that doesn't stop the mafioso boyfriend of one of the women from keeping watch outside the window, with a Kalashnikov tucked under his arm and a tame lion at his feet.

The women gathered together in this enclosed space, which is a priori protected from the outside world, Hamas and the war of men, are from all walks of life: there's a slim and downright unpleasant woman of porcelain complexion (Hiam Abbass), a rape victim, a tactless cynic, a bride-to-be, a pregnant woman, a Russian lady, a young girl and so on and so forth. With all their different temperaments, the scene is far from harmonious, and bitchy remarks fly back and forth. All in all the slightly animositous atmosphere between these people who have been brought into unnaturally close quarters with one another only ends up reproducing the suffocating climate of Gaza in general, from which there is no escape. That said, the distinct characters of each of these woman undergo subtle changes over the course of the film, and by the end they are closer together, united by the violence and desire for domination of their men, of all men. What goes on outside the beauty salon is enough to instil a natural sense of unity in the group, leading one of the woman to declare that things would be very different under a government composed entirely of women.

As a film which plays out in a single space, with such a patchwork group of women of all ages and backgrounds, the film could do more to develop the dynamics which its ingenious premise enables, but it fails to understand the chamber piece genre in the strictest sense, as the permanent awareness of the outside world conditions everything that takes place in this modest beauty salon. Then there's the fact that the approach of the Nasser brothers takes such an opposing view to everything we see or read about the Gaza Strip. This in itself is rather remarkable. Indeed, the pair did not allow themselves to be influenced by the terrible conflict of last summer which some producers would have worked into the storyline. Instead, they decided not to change a single thing. It's due to the fact that their story rests on a rather shrewd perception of their country that without changing anything, they pre-empted everything.

Dégradé was produced by Les Films du Tambour and Made in Palestine Project, in co-production with Full House and Mille et une films on the French side. Sales of the film will be handled by Elle Driver.

VENICE 2020: Relaying the tribulations of an elderly fisherman, brothers Tarzan and Arab Nasser deliver a subtly stripped-back work, painting an ironic picture of the state of play in the Gaza Strip

CANNES 2016: The CNC organised a discussion on producing new talents in cinema from all around the world

Raymond Depardon is all ears (and eyes) in Les Habitants

The famous photographer and filmmaker paints a reflective portrait of his country with this masterfully simple documentary, distributed by Wild Bunch

The final clapperboard slams for Corps étranger by Raja Amari

Today the filmmaker wraps the shoot for her third feature, starring Sarra Hannachi and Hiam Abbass, and being staged by Mon Voisin Productions 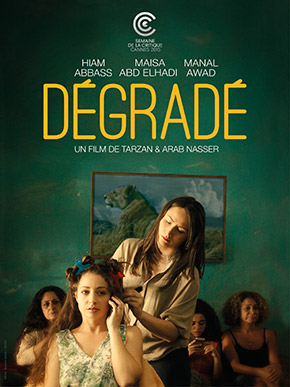 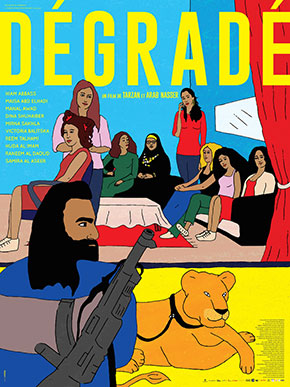 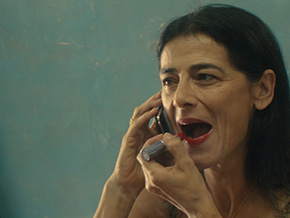 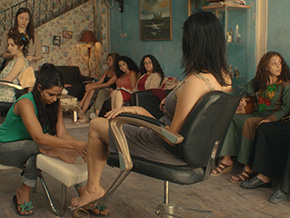 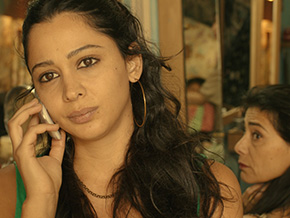 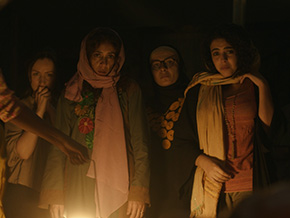