Vanity: A surreal ode to desire

02/06/2015 - CANNES 2015: Swiss director Lionel Baier’s film, which was screened in the alternative ACID selection at Cannes, is a fairy tale tinged with shades of noir on desire and human passion

With Vanity [+see also:
trailer
interview: Lionel Baier
film profile], which was screened as part of the ACID selection of this year’s Cannes Film Festival, Lionel Baier once again shows his talent for portraying situations bordering on the surreal with a sensual subtlety that makes them surprisingly bizarre.

David Miller (Patrick Lapp) is ill, on death’s door, so he decides to end it all. Everything is maniacally organised with military precision: the place (a motel on the outskirts of Lausanne), the date and method (assisted suicide), but fate has other plans for him and meeting Espe (played by the awe-inspiring Carmen Maura), the woman who is to escort him to his death, has unexpected consequences. David Miller is accompanied through the last moments of his life by two strangers (Espe and young male prostitute Tréplev, played by the promising Ivan Georgiev) who must respect his choice, helping him to see his ‘mission’ through to the end. This unlikely trio, despite the tragic atmosphere, are faced with a tangled bundle of desire, secrets and latent sensuality.

Lionel Baier’s latest feature film is an at times surreal fairy tale that plays on ambiguity and throws together desire and indifference, reality and fiction, and Eros and Thanatos. Vanity is based on true events told to Baier by one of his students, a story bordering on the ridiculous that highlights the fine line linking (or separating) life and death. With his trademark dreamlike and ‘comic’ (and delightfully grotesque) touch, the Swiss director broaches two delicate subjects, euthanasia and prostitution, which are dealt with in Switzerland in an incredibly practical way, two worlds that seem totally different and are yet unexpectedly similar. Vanity is interested in women who, like Espe, decide to escort terminally ill patients to their deaths, out of selflessness and above all for their own personal reasons. Their existence, shrouded in mystery, seems to be limited to the fleeting intimate moments they spend with their ‘patients’. What precedes the final act, what are the rituals involved in their mission? Baier’s latest film highlights the highly-strung sensitivity that dominates these delicate moments in which life is suddenly enriched, strengthened and made precious. Baier decided to film Vanity in a studio, amplifying this feeling of artificialness and alienation even more. Life takes hold of these ‘artificial’ places that turn into a parallel world in which reality is amplified, analysed and praised. The characters revolve around a surreal universe in which the pastoral Swiss landscapes become seductively unsettling, a bizarre blend reminiscent of Jim Jarmusch or even the fantasy world of Agnes Varda. The Swiss director tries to avoid falling into the trap of sentimentality and tragedy by broaching the delicate topic of euthanasia with levity and voluntary detachment. What he’s really interested in is the complex relationship between the three characters, and the desire born out of an apparently hopeless situation. The name of the young male prostitute (Tréplev), like the final line of the film, pays tribute to The Seagull by Tchekhov, who, like Baier, rejects tragedy by leaving his characters free to choose their own emotions. A seductive and sensual film that is full of mystery.

Vanity is being sold internationally by Wide.

"Seeing the world through the filter of unreality"

We met up with Swiss director Lionel Baier, who recently showcased Vanity in the ACID section of the 2015 Cannes Film Festival

The Filmfest Munich presents films about love, death and disputes

The second-largest film festival in Germany will play host to movies that convey powerful emotions, and will unspool from 23 June to 2 July

Le Pacte brings out The Brand New Testament in 380 theatres 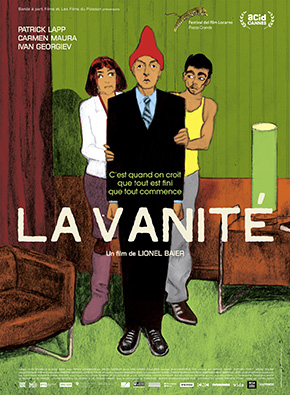 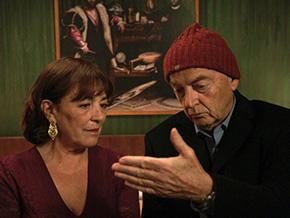 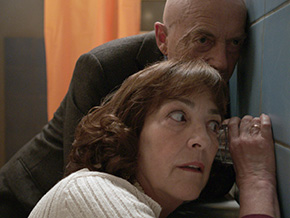 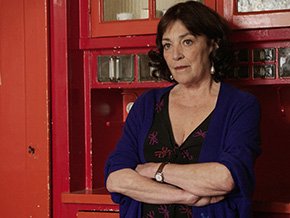