Chuck Norris vs Communism: Norris wins the fight at TIFF 2015

The screening of the Sundance-selected documentary Chuck Norris vs Communism [+see also:
trailer
film profile] as a private showing may be one of the biggest events at the 14th edition of the Transilvania International Film Festival (29 May – 7 June, Cluj-Napoca). It is the story of how something as insignificant as a VHS cassette can mean hope and freedom for millions. Ilinca Călugăreanu’s doc will surely make a deep impact on several generations of Romanian cinemagoers, who may be overwhelmed by memories of the cultural “desert” of the 1980s. It is also a very interesting feature for international audiences, for whom Chuck Norris – rather than representing freedom – is just a B-movie star.

From the first frame, the documentary describes the context: at the beginning of the 1980s, the communist regime in Romania becomes more oppressive. The country’s National Television broadcasts only two hours a day, mainly transmitting news about the successes of the “golden age” and the endless speeches of dictator Nicolae Ceauşescu. But then the first video players are smuggled into the country. They are as pricey as a Dacia, Romania’s national car, and are about to show Romanians the Western world by means of movies both old and new.

Every Romanian who was at least a few years old at the beginning of the 1980s can remember the living rooms packed with dozens of people, with their eyes glued to a TV screen filled with a mesmerising and different world: colourful clothes, tall buildings and fancy cars. The idea that everything is allowed made many Romanians look differently at the grey, bleak communist realities.

But where did the movies come from? Teodor Zamfir, a smuggler with real business acumen, and Irina Nistor, a translator for the National Television fed up with the outrageous meetings of the Censorship Committee, enter the scene. He smuggles in original movies from the West, and she dubs them with her husky voice that will soon become instantly recognisable all over Romania. “After that of Ceauşescu, her voice was the best known in the country,” says one of the interviewees.

But Chuck Norris vs Communism is not only a series of interviews with filmmakers, journalists and movie distributors, among many others, who describe the effect of their first contact with Western cinema. The documentary also offers elaborate docudrama sequences with Ana Maria Moldovan playing Nistor and Dan Chiorean bringing an air of gangster-slash-resistance fighter to Zamfir’s actions. It is a world of peril and fear and manipulation, perfectly conveyed by re-enactments that make parts of Chuck Norris vs Communism look like a biographical film.

For many Romanians, the documentary will be a cinematic madeleine. Wry, understated comedy will make cinemagoers smile just seconds before a tear begins to well up in the corner of their eye, produced by the nostalgic memory of the feeling of being innocent kids realising, by watching both classic films and outrageously over-the-top B-movies, that the world is bigger, more colourful and more alive than the reality surrounding them.

Would it be far-fetched to say that the little seeds of wonder and freedom sown by Zamfir’s VHS traffic had something to do with generating the cohesive force that drove Romanians to the 1989 Revolution? Not at all. And now, more than 25 years afterwards, Nistor’s voice is still among the few happy memories of those not-so-golden times.

more about: Chuck Norris vs Communism

CPH:FORUM reveals the selection for its 2022 edition

A total of 30 projects and six Nordic works in progress have been selected for the industry event, which will run physically in Copenhagen

Chuck Norris vs Communism: Norris wins the fight at TIFF 2015

30 domestic releases expected in Romania in 2015

Adina Pintilie says Touch Me Not 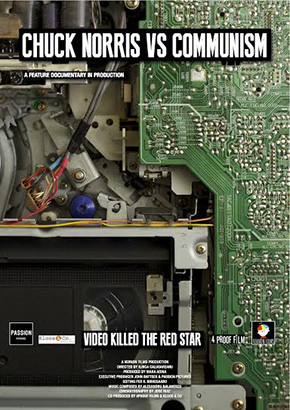 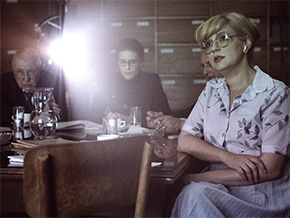 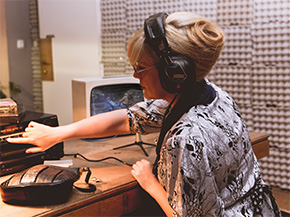