The debut feature by Polish-born director Tomasz Mielnik, Journey to Rome [+see also:
trailer
film profile], is a beguiling mixture of road movie and spiritual treatise that displays a number of influences: from the oeuvres of such great auteurs as Fellini to the works of great painters and the humour (and fractured narratives) of the Monty Python team. The film, Mielnik’s graduation title from Czech film school FAMU, had its world premiere at Karlovy Vary, where it opened the festival’s East of the West competition.

Vašek is an unassuming – and lonely – guard at an art gallery. When a beautiful woman crosses his path, he finds himself stealing one of the paintings at her behest and is soon on a train to Rome to sell his illicit cargo. With police and criminals on his tail, Vašek must lie low, but everywhere he turns, there are countless passengers eager to tell their stories. Soon, his journey begins to take on a much more spiritual dimension.

The film begins as an exercise in deadpan whimsy as Vašek drifts from one icily comedic encounter to another, such as finding himself in a taxi driven by a priest, which doubles as a confessional. Filmed on 35 mm, the film has a slightly garish quality that accentuates the artificiality of everything. It echoes the spirit of great European films from the 1970s, while the narrative – which is almost episodic – would not be out of place in a Roy Andersson film.

As the film progresses, matters of faith drift into the foreground, and the movie becomes an even more surreal and dark affair as it explores the nature of belief and the legends that make up the present reality of the church. While it sometimes feels as if you’ve been thrust into an ecumenical discussion show, the work’s striking aesthetics, excellent electronica score and confident performances buoy everything nicely.

With its artistic ambitions, the film will surely find a place on the festival circuit and – given its similarities to the work of the aforementioned Andersson – there may well be arthouse cinemas also interested in giving the movie a chance.

more about: Journey to Rome 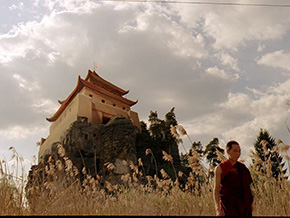 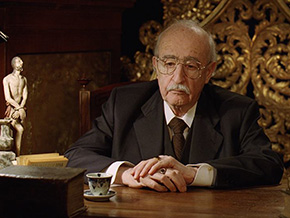 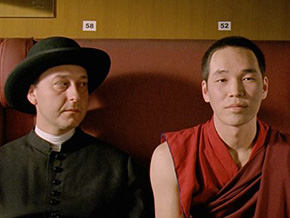