The Magic Mountain: An exploration of an exemplary destiny

The Magic Mountain [+see also:
trailer
film profile], Anca Damian’s fourth feature and her second animation, is now competing at the 50th edition of the Karlovy Vary International Film Festival (3-11 July). The film is a captivating exploration of an amazing destiny: Adam Jacek Winkler, a Polish artist and anti-communist who will find himself fighting against the Soviet invaders in 1980s Afghanistan.

The Magic Mountain is the second film in Damian’s trilogy dedicated to heroism, after Crulic - The Path to Beyond [+see also:
film review
trailer
interview: Anca Damian
film profile]. The director uses a similar approach: pictures and sketches of Winkler, his family, friends and allies become animated via a multitude of different techniques, re-creating Winkler’s colourful and adventurous life. The biography is further helped along by a dialogue between Winkler (the voice of Jean-Marc Barr in the English version of the film and that of Christophe Miossec in the French version) and his daughter, Ania (Lizzie Brochère). The screenplay converts Winkler’s life into a tale that is simultaneously a bedtime story, a will, and a very personal perspective on life, politics and history.

Animators Theodore Ushev, Sergiu Negulici, Raluca Popa, Dan Panaitescu and Tomek Ducki use pretty much every animation and collage technique ever invented, drawing inspiration from Winkler’s exotic life and his passion for mountain climbing in order to create a visual background for his adventures. We see the protagonist’s exile in France, his anti-communist endeavours in Paris and his strenuous journey to Afghanistan. His extreme experiences there take up the bulk of the film, as well they should: he fought under Commander Massoud with such devotion that he was referred to as “Adam Khan” (King Adam) by his fellow fighters. He was no longer the crazy foreigner, an outsider, but rather a brother.

Damian succeeds in paying homage to the life of Winkler, a man ready to do anything in order to make sure communism did not conquer new territories. The Magic Mountain uses Winkler’s naïve drawings and sketches as a source of inspiration, as well as pictures from his personal archive, Afghan art patterns and symbols. Sometimes the animation can be as simple as touches of grey on a white canvas. One particularly powerful moment occurs when, in a group picture, Afghan soldiers are painted over with white, suggesting they have lost their lives in the fight.

At other times, the animation becomes spectacularly complex, rivalling large-scale productions with budgets of millions. The audience is not likely to forget the image of a horse made of hundreds of golden droplets that then transforms into a Phoenix in a hurry.

It is impossible not to compare The Magic Mountain with the first film in Anca Damian’s so-called “heroic trilogy”, Crulic - The Path to Beyond. The Magic Mountain feels both familiar and less effective, as it explores events further back in time and a destiny less tragic than that of Claudiu Crulic, the Romanian who began a hunger strike after being wrongfully imprisoned in Poland.

The Magic Mountain was produced by Aparte Film (Romania), Filmograf (Poland) and Arizona Productions (France), with support from the Romanian National Film Center. Two animation studios, Abis and DSG, are responsible for the film’s visual aspect.

The Magic Mountain will be released domestically on 9 October.

more about: The Magic Mountain

Interview with Ron Dyens, who runs Sacrebleu Productions and is showcasing three projects at Cartoon Movie

LOCARNO 2017: Valérie Massadian’s film selected in the Filmmakers of the Present section has taken home the prize for best female director 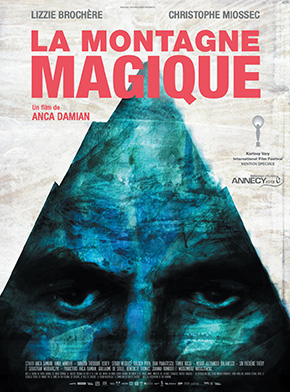 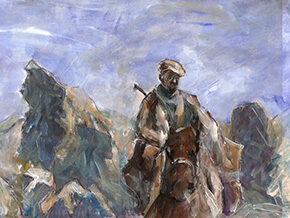