The World Is Mine: A promising coming-of-age story

Ana Maria Guran, Ana Vătămanu and Oana Rusu in The World Is Mine

After winning the Best First Feature Award in the Romanian Days competition of the 14th Transilvania International Film Festival in June, Nicolae Constantin Tănase’s teenage drama The World Is Mine [+see also:
trailer
film profile] made its international debut in the East of the West competition at Karlovy Vary, where it won a Special Mention. In spite of minor screenplay problems and a few dubious directing choices, the Libra Film and De Film independent production is proof that talent and dedication are more important than a comfortable budget when it comes to creating compelling cinema. It is also proof that a very promising generation of Romanian film professionals is ready for bigger projects.

The World Is Mine is one of the very few Romanian films directed by a male director, with a female protagonist and based on a screenplay written by a female screenwriter. It tells the story of Larisa (impressive newcomer Ana Maria Guran), a teenager living in a small seaside town. Things could have been better for Larisa, as she has to take care of her paralysed grandmother, and deal with her abusive father and her helpless mother. But Larisa is determined to ignore these shortcomings and fight for a better life. The only problem is that she uses dubious methods to reach dubious goals.

The World Is Mine is expected to start a debate this autumn, when it is scheduled for a domestic release, because it explores not only the lack of prospects in the lives of many small-town Romanian (or Eastern European) teenagers, but also their skewed view of success.

Larisa is obsessed with status, and for her, status means a popular boyfriend, money, an invitation to an eagerly awaited party and the admiration of her friends Aurora (Oana Rusu) and Olimpia (Ana Vătămanu). When Larisa sets her eyes on Florin (Florin Hriţcu), the playboy in her high school, she will find an important enemy in his ex-girlfriend Ana (the excellent Iulia Ciochină, also the most promising actress in the omnibus Love Bus: Five Love Stories from Bucharest [+see also:
film review
film profile] - read the review), the daughter of one of the richest men in town.

The intensity with which Tănase follows the misadventures of his protagonist is so impressive that we simply beg the director to choose a genre film as his sophomore project. Director of photography Daniel Kosuth fills the screen with the face of Guran, and the audience has no other choice but to pay attention. Rusu and Vătămanu may not be a match for Guran’s talent, but the trio of girls efficiently explores teenage angst, the fragility of friendship, but especially how eager the Facebook generation is to overembellish their experiences in order to impress their peers.

Larisa is far from an endearing protagonist, but she certainly is a compelling one, a rare find in a local cinema that has an obvious preference for male-centred stories. Tănase and Mănescu throw so many obstacles in front of their heroine that The World Is Mine reminds us of Kristina Grozeva and Petar Valchanov’s The Lesson [+see also:
film review
trailer
interview: Kristina Grozeva, Petar Val…
interview: Margita Gosheva
film profile] (read the review), the biggest recent hit of Bulgarian cinema. Unfortunately, Tănase chooses the worst possible ending for Larisa’s story, although it is wrapped up in an impressive special effects-filled sequence that is surprisingly well made for a Romanian film and for such a small-budget production.

more about: The World Is Mine

Cristian Pascariu's October was voted Best Pitch by the participants in the 20th edition of connecting cottbus, while the WIP Post-production Prize went to Geranium from Turkey

Nicolae Constantin Tănase in post-production with his second feature, Heads and Tails

Conceived as a short film, the Romanian director’s project became a feature during production

Why Me?, Box, The Treasure, One Floor Below and Bucharest NonStop were ignored at the gala

The High Sun triumphs at Cottbus

Established directors are releasing their new films, but the wave of newcomers also looks extremely promising 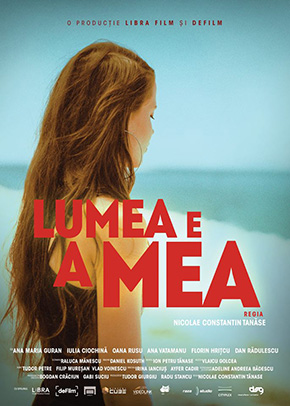 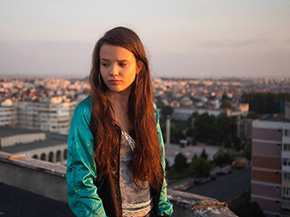