Summertime, “my body belongs to me”

10/08/2015 - LOCARNO 2015: Catherine Corsini’s film, which was screened in the amazing Piazza Grande in Locarno, is a brave love story with heroic undertones

Summertime [+see also:
trailer
film profile] by French director Catherine Corsini, which was screened in the Piazza Grande section of this year’s Locarno Film Festival is striking for its strength and the courage with which it tells the story of an intense love affair between women, filmed by a woman.

It’s 1971, Delphine is 23-years-old and spends her days with her farmer father, working the land. Although she keeps it a secret, her love for women is obvious. Delphine loves the countryside but hates the oppressiveness of provincial life. She therefore decides to move to Paris, where her life changes forever. There she meets Carole, a 35-year-old feminist who is with and lives with Manuel. Feminism is in its early stages and Paris is in turmoil. Delphine falls immediately in love with Carole, a strong and independent woman who introduces her to a new world. When the time comes for Delphine to go home, Carole decides to go with her, but the countryside is a very different environment to that of a big city.

Catherine Corsini’s film is upbeat and majestic with tragic undertones, a real emotional odyssey in which passion seems to conquer all, even the most tenacious of prejudices. Lit up by two irresistible actresses (Cécile de France and Izïa Higelin), totally absorbed in their roles, Summertime paints a majestic portrait of a lesbian love story, of the kind that is not often seen on the big screen. After the media hype that came with Blue is the Warmest Colour [+see also:
film review
trailer
interview: Abdellatif Kechiche
film profile] (which was, however, filmed from a male perspective, that of Abdellatif Kechiche), Catherine Corsini bravely and determinedly brings us her own personal vision of love between women. Influenced by her own experience, whilst remaining faithful to the story she wants (and perhaps must) tell, the French director shows us another side of the female homosexual world, more real, direct and sincere. The camera doesn’t shy away from naked bodies, passionately entwined, indissolubly linked, but instead probes the scene in a determined yet unvoyeuristic way. Catherine Corsini’s camera gently brushes over the anatomy of two bodies that love each other and in doing so, almost seem to consume one another. Her point of view is that of desire, for a love that is ‘real’ and not constructed through the lens of fantasy. This personal and moving way of filming naked bodies, both extremely vulnerable and free, is reminiscent in places of the first brave films of Chantal Akerman. The choice to divide the film into two parts is interesting: in the first part, the director lingers on the early feminist movement in Paris and in the second, gives us a darker snapshot of country life that shows its cruellest side. Summertime is a necessary film that makes us want to fight for what we believe in.

Emmanuel Mouret about to get started on Mademoiselle de Joncquières 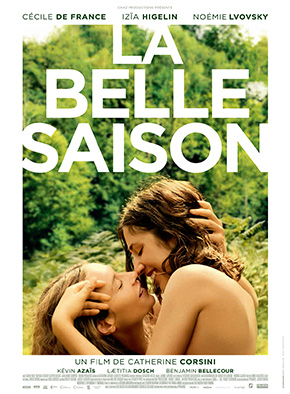 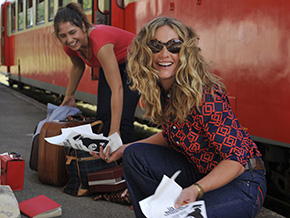