12/08/2015 - LOCARNO 2015: With his third feature film, Pietro Marcello brings us a delicate contemporary fairy tale in which the ‘cinema of poetry’ intertwines with condemnation of political film

Gesuino Pittalis in Lost and Beautiful

The six thousand audience members seated in Palazzetto Fevi gave Lost and Beautiful [+see also:
trailer
interview: Pietro Marcello ­
film profile], the only Italian film in competition at the 68th Locarno Film Festival, a long and appreciative round of applause, grateful for their experience of the film’s on-screen poetry.

With his third feature film, Pietro Marcello (after The Mouth of the Wolf [+see also:
film review
trailer
interview: Pietro Marcello
film profile] and Il silenzio di Pelesjan) brings us a delicate contemporary fairy tale in which the Pasolinian ‘cinema of poetry’ intertwines impeccably with condemnations of political film.

A shepherd by the name of Tommaso Cestrone is the voluntary caretaker of the Bourbon palace of Carditello, abandoned and looted by thieves, just like the Land of Fire that surrounds it has been ravished and reduced to a rubbish dump by the Camorra. Pulcinella, who in Etruscan culture is a demigod who listens to the dead to talk to the living, is sent to Carditello to grant the final wish of Tommaso: to save a young buffalo by the name of Sarchiapone. And so begins, after the death of Tommaso, Pulcinella and the buffalo’s journey to Tuscia, where another shepherd, Gesuino, must take care of the animal (albeit in his own unique way).

The film is based on a book by Piovene, and was born from the idea to tell the story of a journey through Italy by following in the footsteps of shepherds who, as Pietro Marcello reminds us, “are all equal, determined and stubborn”. The story of the Angel of Carditello was only supposed to be an episode in the film but then, during filming, Tommaso died and the film went down another road, indicated by Tommaso, that the writers, Maurizio Braucci and Pietro Marcello, couldn’t bring themselves to overlook.

Like all fairy tales, the film contains elements of the real world: there’s the environmental disaster afflicting the Campania region of Italy, which resembles many others all over the world, Sarchiapone symbolises how the animal kingdom is at the mercy of perverse market rules, and then there’s the fight for survival of the poor against the unbridled power of the so-called elite. In the end Sarchiapone fails to escape his tragically realistically fate: he must accept that he is a slave to men and go to the death that has been chosen for him.

But reality is also made up of people like Tommaso. Thanks to his story, the foolish servants of this world, like Pulcinella in the film, lay down their masks to become buffalo farmers, and are given the chance to free themselves from the slavery of ignorance.

Lost and Beautiful is being sold internationally by Istituto Luce.

more about: Lost and Beautiful

"Cinema is no longer the seventh art; it ceased being so with the arrival of sound in films"

LOCARNO 2015: In Lost and Beautiful, entered in the competition at Locarno, Pietro Marcello shows the other side of ever-successful Italian cinema

Produced by Avventurosa in league with RAI Cinema, the documentary looks at the future as imagined by boys and girls aged 15 to 20 whom the directors met during their long journey through Italy

The festival is celebrating the work of two well-known names from the world of documentary filmmaking: Italian director Pietro Marcello and his Mexican-Salvadorean colleague Tatiana Huezo Sánchez

"Arthouse film is not just a school of thought" 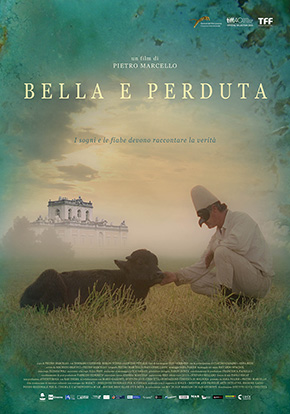 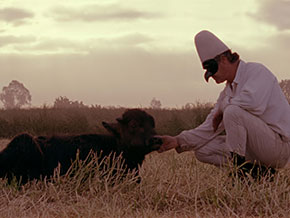 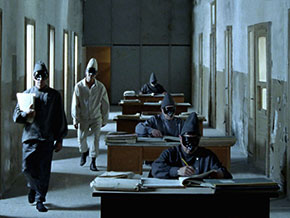 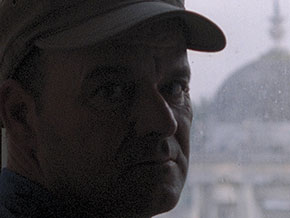 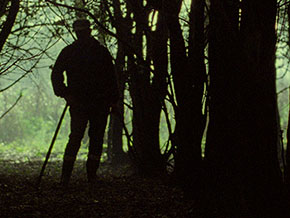