Chevalier, a tragicomic portrait of the contemporary male

13/08/2015 - LOCARNO 2015: The latest film of Athina Rachel Tsangari, screened in the International Competition at Locarno, is an unforgiving journey into the mind of modern man

Chevalier [+see also:
trailer
film profile], the latest poignant and exhilarating feature film of Greek director Athina Rachel Tsangari, which was screened in the International Competition of the 68th Locarno Film Festival, ventures into the complex and at times absurd male universe. After The Capsule, a film with an exclusively female cast, Tsangari decides to explore ‘the other side’ and the relationships (of power) that exist between men, a world of domination in which appearances are everything. Despite the secrets and (hidden) anxieties that inhabit the personal realities of our Greek heroes, their ‘public’ life appears unblemished and socially perfect. An unsettling and thorny masculinity pervades the latest feature film of our Greek director, who tackles the fears and weaknesses of contemporary society with bravery and an irresistible dose of humour.

In the middle of the Aegean Sea, six men (an incredible cast which includes some of the greatest of Greek actors), all deep-sea fishing enthusiasts, are staying on a luxurious and majestic yacht. Tension and testosterone levels peak when the six men decide to play a game that will take them beyond the point of no return. Anything goes: blood tests, falsetto karaoke and even paradoxical comparisons of how they eat and sleep. Their apparent friendship soon turns into bitter rivalry before erupting into an outright social bloodbath. The winner, the ‘coolest’ man, will win the ring of victory: the Chevalier.

The latest piece by Athina Rachel Tsangari is an irreverent and deliciously obscene satire of contemporary society in which everything is obsessively scrutinised. Chevalier explores the depraved mechanisms that cause individuals to show solely and exclusively their strengths, thus forgetting to nourish their more intimate side, their sensitivity: in a nutshell, what makes them human. The search for a hypothetical winner, an unsettlingly perfect superman who lives in constant fear of making a mistake, of putting a foot wrong, pushes the protagonists of Chevalier to commit extreme acts, both absurd and grotesque. But what does it mean to be ‘the best’ in a contemporary society that is obsessed with drumming up the most facebook ‘likes’? Can we still differentiate between reality and a virtual life in which the only things that count are appearance and popularity? In Chevalier this quest for recognition is taken to the extreme. In an exclusively male world, so imbued with testosterone that it is almost ‘homoerotic’, the protagonists of Chevalier constantly and obsessively judge themselves, but above all, others, in a ridiculous quest for perfection. The world created by Tsangari is at times reminiscent of that of Pedro Almodovar, another undisputed expert at portraying the neuroses and fears of a society in the grips of delirium. The desires and self-respect of these men are put to the test in a claustrophobic world surrounded by the sea, a sort of prison that forces the protagonists to face their fears. A piercing film that uses humour/laughs to hide an unsettling truth.

Chevalier is being sold internationally by The Match Factory.

Ten films will get 50,000 free views in 45 European countries and theatrical screenings as part of the second ArteKino Festival, which gets under way today

Giorgos Panousopoulos wraps his new film after a 13-year hiatus

The Greek director is back with S’Ayti Ti Hora Kanis Den Iksere Na Klei, a dreamlike comedy that aims to explore the so-called Greek way of thinking both before and after the crisis

Argyris Papadimitropoulos examines the parallels between innocent, passionate youth and a worn-out life of missed opportunities 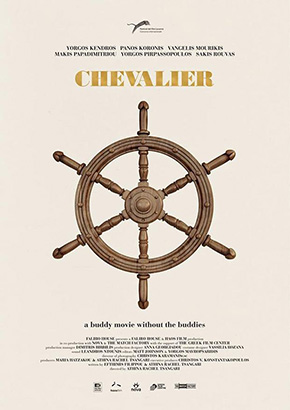 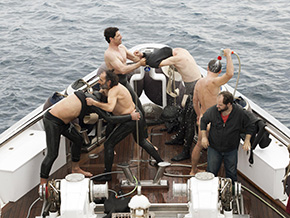 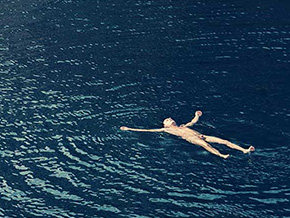 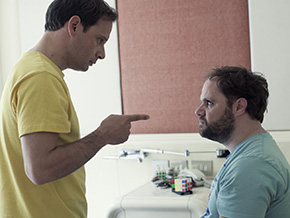 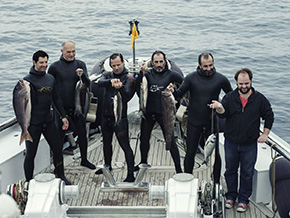 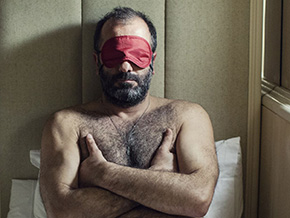