Lampedusa in Winter: “Dedicated to Europe”

14/08/2015 - LOCARNO 2015: The film by young Austrian director Jakob Brossmann, shown recently in the Critics' Week at the Locarno Film Festival, unveils the hidden face of an all-too-often forgotten island

We’re on Lampedusa, a small island lost in the Mediterranean, in between the riches of Europe and the coastline of Africa. It’s winter, the tourists are nowhere to be seen, and the lives of the few indigenous people that live there (some 6,000 people) have returned to their slow-paced routines: fishing, small pleasures and the abundance of worries about illegal immigration, in the form of the never-ending arrivals of what Italy calls the “carrette del mare”, or sea-carts. It’s no coincidence that Jakob Brossman decided to shoot his film during this very season. In fact, what interests him is not the Lampedusa that is blasted by all manner of media, the “artificial” Lampedusa thrown under the media spotlight, under the scorching summer sun, with frantic tourists bustling to and fro, tainted. Jakob Brossmann wants to give himself (and us) the chance to observe the small Sicilian island without these distractions, through the desolation that turns Lampedusa into what it is: a land often abandoned to its fate, in a constant struggle for survival.

The media doesn’t often take an interest in this small Italian island to discuss its significant internal issues, starting with the fishermen’s battle to be able to transport their catch in dignified conditions. This local aspect, the emotional pressure that the inhabitants of the island suffer from one day to the next, is what Brossmann wants to shine a spotlight on. Stuck between those who see it as an awkward docking port, and those who sell it as the promised land, Lampedusa needs them in order to survive. Lampedusa in Winter shows life as it passes by on this small Sicilian island without asking any questions - those questions that get asked constantly, and which hide the micro-reality of the people struggling to survive, while their seas gradually become a giant, floating tomb. This reality, life between peaceful revolts, the life of the fishermen as they struggle to obtain their dignity, the football matches, the radio broadcasts, the outrage, dismay and tenacity with which the weight of an inhumane immigration is thrown on its shoulders… Lampedusa in Winter shines a light on all of this.

The film becomes a rare and candid testimony of a quiet reality: that of those who are affected, in real life, by the incompetence of not only their country but all of Europe. What happens off screen, far from the media chaos, is surprisingly different from what one could possibly imagine. We see the powerlessness of those who carry, much to their dismay, a burden that far exceeds all limits, combined with a daily life that is as hard as it is banal. Far from racism and violence, a certain resignation is on the rise. The young Austrian director’s focus, which is extremely close but never invasive, restores dignity to a reality that is all too often relegated to the background, but which also reveals much more about immigration than the portrayal that is blasted into our ears day after day by the media. Everybody tries to survive as best they can, trapped between hope and pain: this is an honest film that is not to be missed.

Lampedusa in Winter is an Austrian, Italian and Swiss co-production, with Taskovski Films ltd serving as its international sales agent.

more about: Lampedusa in Winter

The winners of the Bolzano Film Festival Bozen unveiled

The international jury crowned A Heavy Heart by Thomas Stuber as Best Film, while a Special Mention went to Mano Khalil’s The Swallow

Monday 8 February sees the start of the tenth edition of the highly alternative gathering in Navarre, dedicated to the most radical, indie and daring documentaries

Spotlight on migration at this year’s Stockholm Film Festival

Unspooling from 11-22 November, the Swedish showcase follows up on hope, freedom and power with films on the refugee crisis

Lampedusa in Winter: “Dedicated to Europe” 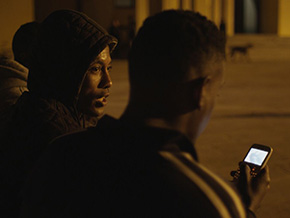 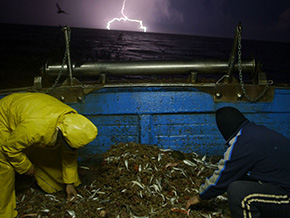 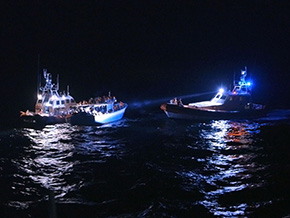