The Oedipus complex made funny in Lolo

04/09/2015 - VENICE 2015: Julie Delpy’s new comedy tells the story of the apparently impossible love between a man and a woman, complicated by the jealousy of the woman’s son

Finding love after forty is no mean feat. And if he and she are poles apart due to their origin and social background, things become even more complicated. But then, if the son of the woman also throws a spanner in the works, success becomes almost impossible. Attempting to overcome the challenge are Violette and Jean-René in Julie Delpy’s new and very funny film, Lolo [+see also:
trailer
interview: Julie Delpy, Dany Boon
film profile], screened in its world premiere at the 12th Venice Days. A bubbly and astute comedy on differences in love and tyrant children, full of hilarious quips and unscrupulous jokes.

Violette and Jean-René are played by July Delpy and Dany Boon. She is a sophisticated Parisian, works in fashion, and is friends with Karl Lagerfeld; he is from Biarritz, is an IT technician and goes fishing for tuna in his spare time. Unexpected sparks fly between the two whilst she’s on holiday in the south of France, right before the incredulous eyes of her friend Ariane (Karin Viard) who is also Parisian and a snob. He then moves to Paris for work, their love affair continues, and everything seems to run smoothly until the nineteen year-old son of Violette, Eloi, known as Lolo (Vincent Lacoste), arrives on the scene. Used to having his mother all to himself, Lolo, with a lollipop in his mouth and a sarcastic air about him, engages in underhand and cold-hearted sabotage, playing on the unconditional love of his mother and the disarming naivety of Jean-René.

Delpy and Boon make an irresistible couple on screen. “I wrote the screenplay with Danny in mind”, revealed the director, “he was perfect for this character, who wins over our sympathy, but also stirs contrasting feelings in us”. Indeed, there is no shortage of embarrassing situations: one of them, a meeting with Lagerfeld (played by the designer himself), to whom Jean-René, dressed in an unlikely outfit, professes his admiration and enthusiastically compliments for that perfume of his… Chanel n.5. Also worth mentioning are the highly entertaining exchanges between Delpy and Viard: two forty-five-year-old friends who don’t mince their words when it comes to sex and men. “The rhythm of the film is American, my points of reference were the comedies of Blake Edwards and the slapstick genre, but the language is purely French, crude, bordering on vulgar”, said Delpy. But Lolo is above all supposed to be a film about finding love after forty: “For a 45-year-old woman, starting over is not at all easy”. Kicking your grown-up son out of your house before he turns into a psychopath is definitely a good starting point.

Lolo, which, after Venice, will fly to Toronto, was produced by Michael Gentile for The Film, in co-production with France 2 Cinéma, Mars Films, Wild Bunch and Tempête Sous Un Crâne. International sales are being handled by Wild Bunch.

VENICE 2015: Lolo, the new, immensely entertaining comedy by and starring Julie Delpy, flanked by Dany Boon, is having its world premiere in the Venice Days 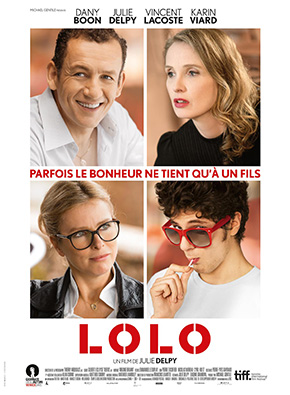 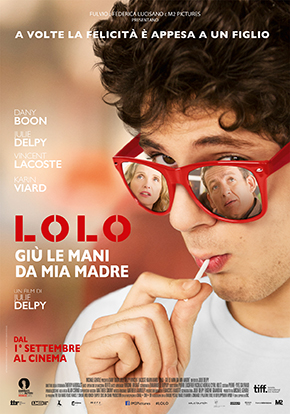 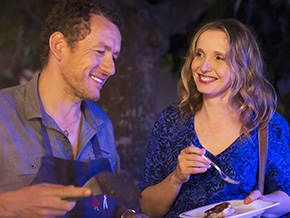 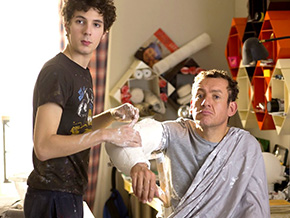 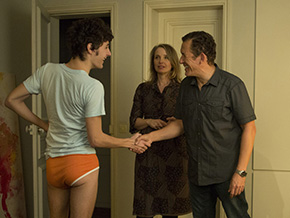 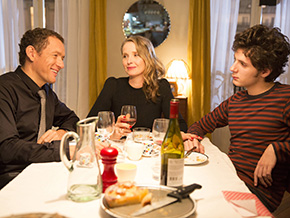