09/09/2015 - VENICE 2015: Christian Vincent reunites a wonderfully true-to-form Fabrice Luchini and an as always admirably discreet Sidse Babette Knudsen in a criminal court in the North of France

Fans of Fabrice Luchini, with his fabulous disdainful air and meticulous pomposity, will love L'Hermine [+see also:
trailer
film profile] by screenwriter and director Christian Vincent (The Discreet), who is also very recognisable in this feature film which audiences at the 72nd Venice Film Festival will have come across as one of the films in competition, and which was welcomed with clear affection bolstered by open admiration for the French films selected for the Lido this year.

Luchini plays a small, sickly and obsessive man going through a divorce who lives alone in a hotel, the kind of man who eats an apple with the help of a knife like an grandpa and never fails to conscientiously go over his files for the next day before going to bed. For this serious character is also the most feared judge of the Criminal Court of Saint-Omer: in the corridors of the court, unbeknown him (or just about), he’s referred to as “the two figure judge”, because he often hands down very long prison sentences to defendants who are found guilty. And yet, he’s the one who acts like he’s a victim of persecution: right from the start, in spite of his seriousness, we’re moved by this loner of a man, who is made fun of by everyone but whose integrity as a judge is never called into question, whilst he coughs and splutters over the top of his ermine collar and tries, despite his migraine, to do the austere robes of justice he dons day after day proud.

On this specific morning, in the rows of jurors who must decide the case of a father accused of beating his baby to death, a man whose rather telling defence consists of repeating over and over than he didn’t kill his daughter, our judge notices the face of a calm and serious-looking woman who speaks with a slight foreign accent and is played by none other than the outstanding Danish actress Sidse Babett Knudsen, most well-known for her role as model politician in the excellent TV series Borgen. As soon as their eyes meet, judge and juror recognise one another, but are bound by their roles to discretion, a discretion that is what makes this film to delicate, whilst it slowly, with much sensitivity and humanity, takes the form of a humble love story, which doesn’t exaggerate but also leaves no room for superficiality.

So with the scene set, among the pale faces of a meeting of the people that leaves no question that we are in the North of France (faces that include Marie Rivière and Miss Ming), the film moves gently forward, to the rhythm of the week’s hearings, between the courtroom and the bistrot where the judges meet, revolving around a minimal yet highly elegant plot that gives us time to listen to and watch these people instead of reducing them to hasty clichés, to appreciate, by giving them the benefit of the doubt, their complex characters. That is, after all, the great strength of L'Hermine: its discretion.

Charles Berling and Swann Arlaud to star in A Clever Crook

Shoot about to get under way for Hélène Fillières’ Volontaire 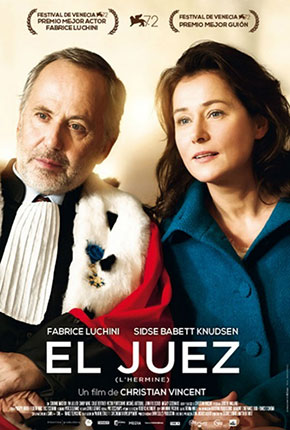 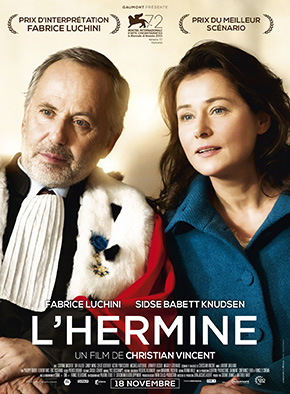 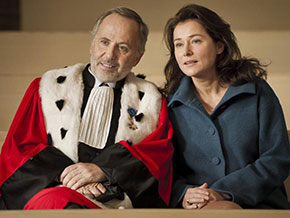 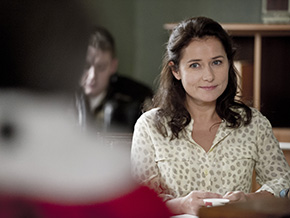 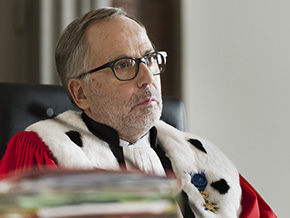 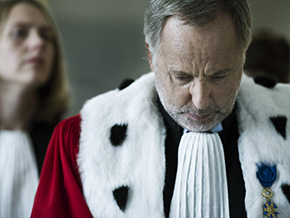