Motherland: The traditional community and the modern individual come face to face

10/09/2015 - VENICE 2015: Senem Tüzen has her sights sets on the Lion of the Future with this co-production between Turkey and Greece, set in a town in deepest Anatolia, where a daughter clashes with her mother

Turkish director Senem Tüzen gives us a new twist on the subject of mother-daughter relationships in her feature debut, Motherland [+see also:
trailer
film profile], presented as part of the Critics’ Week at the 72nd Venice Film Festival.

Nesrin is a young, divorced city slicker who decides to return to her grandmother’s hometown, in deepest Anatolia, to finish a novel she is writing. One day, her mother, Halise, turns up unexpectedly, with no intention whatsoever of leaving her daughter alone, which totally quashes her literary inspiration and turns the entire town into a prison, as far as Nesrin is concerned.

The screenwriter and director shows off her great knack for narration as she recounts this story that, despite not being particularly original, certainly melds its components together convincingly in order to gradually ratchet up the tension. Compounding the absence of artificial light and bright colours over its entire running time, Tüzen decides to use tight or enclosed settings, repeatedly make use of doors and different boundaries within the rooms, and get up close and personal with the camera, which often doesn’t leave Nesrin any breathing space. Sometimes she resembles a caged lion, while at other times, almost through emotional blackmail, she gives in to the feelings of understanding, acceptance and compassion towards her mother. The connection between Ezra Bezen Bilgin and Nihal Kodas is effective and provides some very powerful moments, such as the scene where we see Halise sobbing uncontrollably.

In this way, a dynamic of unbearable cohabitation is built up between two characters who, while they retain glimmers of fondness and affection, embody two diverging escape routes, perhaps representative of an especially sensitive problem in modern-day Turkey, divided between two different worlds and two different time periods. On one hand, the mother knows her way around and is in her element in the communal and deeply religious surroundings of the town – she gets on well with her female neighbours and resorts to rituals and traditions in order to solve problems. On the other hand, her daughter feels as though she is suffocating in that same environment – she is striving to assert herself, and not just through her dream of being an author; she finds a friend in the sinful outcast who is reviled by the locals, and sees fleeing as the only way to resolve the conflicts. However, there is no possible way to escape from the inevitable confrontation between communitarianism and modernity. Where to go?

Motherland is a co-production between Turkish outfit Zela Film and Greece’s 2/35.

The 13th edition of Meetings on the Bridge unveils its selection

At connecting cottbus, we sat down with the event's artistic director, Rebekka Garrido, who founded her own production company, Manderley Films, in 2014

Turkey's largest film event will present 221 movies from 7-17 April; the Cineuropa Prize will be given to a title in the national competition

The award, a cash prize of €30,000, has been instigated by the institution to promote greater gender equality in the European film industry

This year’s edition has a special focus on women’s rights and gender democracy, with the WomenEyes section; a total of ten European films will be screened in the International Competition

A crossroads at Thessaloniki

Featuring a Mircea Daneliuc tribute as this year's centrepiece, the section will highlight the latest from the gathering’s local area 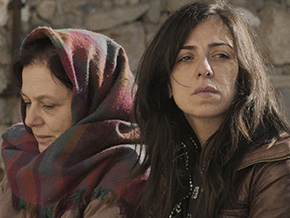 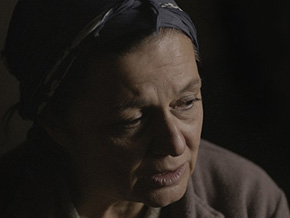 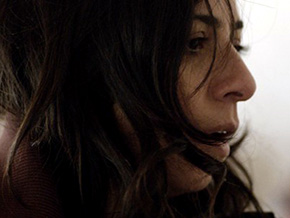