Why Hast Thou Forsaken Me: The urge to draw a line

11/09/2015 - VENICE 2015: In her film, Israeli director Hadar Morag tells a complex tale about taking responsibility for one's own actions

Relying on a non-professional cast, in her first feature, Why Hast Thou Forsaken Me [+see also:
trailer
interview: Hadar Morag
film profile], Israeli director Hadar Morag introduces us to the responsibility that comes with being of flesh and blood through the young Palestinian Muhammad – an outsider in many ways. And so Muhammad cruises the streets of Tel Aviv on his BMX bike – when in the knife grinder Gurevich he seems to find something he was looking for. Just like Muhammad, Gurevich is a restless and, in a way, troubled man. His job takes him and his motorbike from slaughterhouses to gourmet restaurants, sharpening their knives. Muhammad, somehow taken with the figure of this free spirit, follows him. Finally taken on and introduced to knife sharpening, he finds out a secret about Gurevich, a similar kind of secret to the one he has also been hiding himself. While one of the two gives in to his body, the other literally draws a line – carved into the flesh. After her short film Silence, which was shown at Cannes in 2008 in the Cinéfondation section, her first feature – an Israeli-French co-production by Cassis Films and EZ Films – is being screened in competition in the Orizzonti section of the 72nd Venice Film Festival, and is also included in the Sala Web films selection.

To talk about Why Hast Thou Forsaken Me is to talk about its imagery – and especially the portrayal of corporality and physical labour. With almost no dialogue, the film gives an account of the special relationship growing between Muhammad and Gurevich. The latter seems to grow into a kind of role model for Muhammad, as can be observed from a scene that shows them both taking a cigarette break while Muhammad playfully copies Gurevich's every move. But the moment comes when Muhammad proves to be the one taking action and thereby taking responsibility for his deeds and his body. At times mystically enigmatic, Why Hast Thou Forsaken Me is no light fare, and shows the director's ties to her prior studies of Theology and Philosophy.

more about: Why Hast Thou Forsaken Me?

"It changes the perspective on taking responsibility; this is what I wanted to show"

Israeli director Hadar Morag's debut, Why Hast Thou Forsaken Me, was screened in Venice's Orizzonti section and depicts a unique bond between a young Palestinian boy and a knife sharpener

The co-production between Colombia, Argentina and France won the Camel Award for Best Film, while The Brand New Testament received the FEDEORA Award

Why Hast Thou Forsaken Me: The urge to draw a line

VENICE 2015: In her film, Israeli director Hadar Morag tells a complex tale about taking responsibility for one's own actions

A Festival under French influence

A wave of French productions and co-productions rolls over the Lido, whilst French sellers hone their line-ups

From 3-16 September, the fourth edition of Sala Web will screen selected titles in parallel with the 72nd Venice Film Festival

Amos Gitai to compete for the Golden Lion

New film by the seasoned Israeli filmmaker, Rabin, the Last Day, will travel to the Lido, alongside Hadar Morag’s Why Hast Thou Forsaken Me and Yaelle Kayam's Mountain

Orizzonti: between film and reality 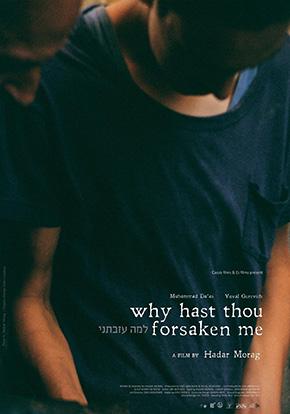 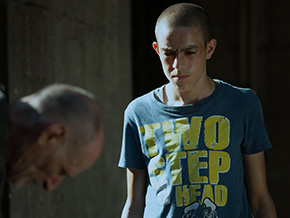 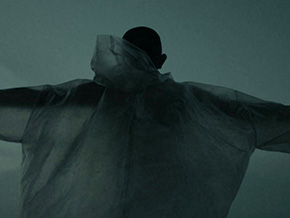 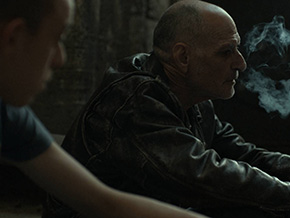 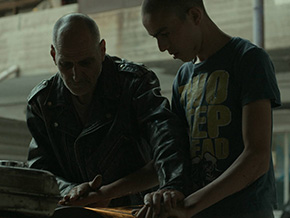