SAN SEBASTIÁN 2015 Out of Competition

18/09/2015 - SAN SEBASTIÁN 2015: The sixth film by daring Spanish director Alejandro Amenábar takes us back to 1990s America with a very dark and disturbing story of fanaticism, lies and intolerance

It seems that everything Alejandro Amenábar films really does turn to gold. His films are always successful, for example Agora [+see also:
trailer
film profile], The Others and The Sea Inside [+see also:
trailer
film profile], which took home the Oscar for Best Foreign Language Film in 2005. At the age of 43, he’s currently getting ready to launch another film, which looks like it will do just as well at the box office: Regression [+see also:
trailer
making of
interview: Alejandro Amenábar
film profile]. Spanish audiences will be able to see it next month in cinemas, after which it will be released all over the world, winding up, at the end of the year, in North American theatres under the distribution of stronghold Weinstein.

Regression is all the more likely to do well because it gambles on horror, with carefully put together psychological suspense which we know the director of Open Your Eyes is keen on. Indeed, he has always been an open admirer of films such as Rosemary's Baby, The Exorcist and The Changeling. It was this kind of film that inspired his new film, which he shot in English in Canada (in co-production with local partners) on a budget of $20 million. In this frozen land, he recreated the landscape of Minnesota, where the film is set, the story of a man who has himself arrested when he is accused of abusing his daughter, a minor. The investigation, led by Inspector Bruce Kenner (Ethan Hawke), takes the latter into a murky underground world in which psychological mechanisms, fanaticism and collective fear play a crucial role in once again showing, as we saw at the end of The Others, that nothing is as it seems and lies spread as quickly and easily as a highly contagious virus.

Assisted, as always, by Fernando Bovaira of Mod Producciones, Amenábar once again brings us an impeccably crafted product, but although the film has the sense of intrigue that characterised his first films, it falls down on its coldness. The narrator does not appeal enough to our emotions and actually never has us worried, as if the automatic safety handbrake is left on from the start. Not that the multilayered plot of Regression lacks effectiveness: rather, it adopts a more visceral approach. Unfortunately, the distance that the director keeps with his story can be felt in the direction, which is very polished and effective but lacks temerity.

Worth pointing out are, of course, the outstanding performances of the actors, the magnificent sets, the blue-tonued cinematography which helps to create an icy ambience, the immaculate production and the high quality of the original soundtrack, which Amenábar didn’t compose himself this time (whilst he did for all his other films except Agora), but entrusted to Roque Baños. The music, which is dominated by strings and piano, conjures up the image of a community in which any barbaric act could be committed at any time.

Regression is based on the phenomenon of satanic ritual abuse. It’s not the first time that Amenábar has broached the subject of mental derangement (he did so in The Others) and tapped into urban legends (which he did for his first film, Thesis). Here, he returns to these avenues of exploration and brings us a nightmarish tale about repressed memory and dissociative identity disorder as masks that conceal a more deviant reality in which entrenched intolerance, a perpetual lack of education and narrow-mindedness fatten up the monster of collective fear, made real by satanic rituals and demonic sects, which were talked about so much across the Atlantic in the 1980s and 1990s that they became the focal point of an entire sub-genre of film, literature and journalism.

Fear, guilt and error are the holy trinity of this film, which draws the viewer in and provides food for thought but doesn’t manage to stir the emotions in the same way as Agora did. However, that certainly doesn’t stop Amenábar from delivering a good boost to the Spanish box office.

Regression was produced by MOD Entertainment, MOD Producciones, Himenóptero, First Generation Films, Telefónica Studios and Regression A.I.E., in association with FilmNation Entertainmentwith the participation of Telefilm Canada, the cooperation of Mediaset España and Movistar and the backing of the ICAA.

Interview: Alejandro Amenábar • Director of While at War

"Changing our minds is what makes us human"

Review: While At War 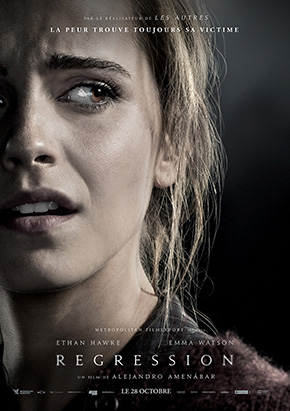 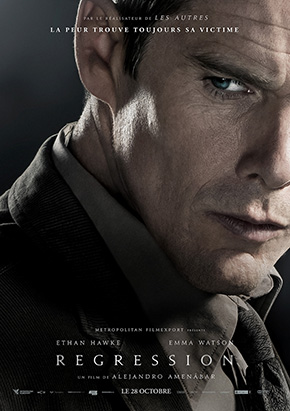 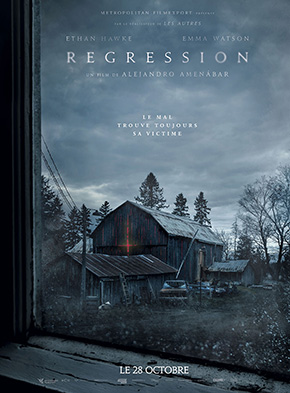 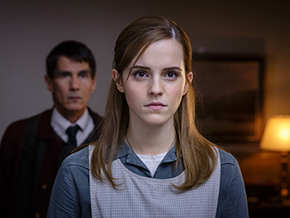 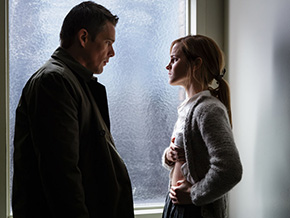 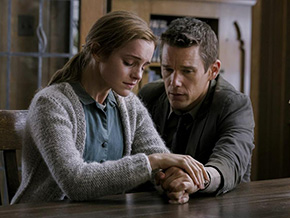 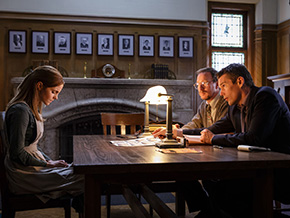