Interruption: Playing with conventions and expectations

After showing his short films Cassus Belli and Out of Frame at previous editions of the Venice Film Festival, Greek director Yorgos Zois showed his first feature, Interruption [+see also:
trailer
interview: Daphné Patakia
interview: Yorgos Zois
film profile], in the Orizzonti competition of the 72nd Biennale. An intriguing story about how confusing, deadly, but also liberating it is to mix reality and fiction, the film uses a theatrical set, the stage for a post-modern adaptation of Aeschylus’ Oresteia, to break down conventions and build a hybrid world in the ashes.

Interruption is inspired by a real-life event. In October 2002, 50 armed Chechens entered the Dubrovka Theatre in Moscow and took the 850 spectators who were watching the play hostage. For a short period of time, the spectators thought that the attackers were actually actors and all their antics were part of a new, revolutionary, extremely intriguing play. What the audience believed to be a spectacular production effort proved only to be an ambiguous confusion of fiction and reality, a blend with grim consequences for all involved.

From this starting point of ambiguity, Zois takes several additional steps and thoroughly melds the two realms, building up a multi-layered perspective on roles and identity. In Interruption, several armed men and women hijack a post-modern adaptation of Aeschylus’ Oresteia. They ask the audience to excuse them for the interruption and invite several spectators onto the stage. At first, the spectators are thrilled to be part of an artistic act, but soon they will find themselves miles outside of their comfort zone, as absurd, outrageous events will take place on the dark stage.

Aided by some attentive set decoration and camera movements, Zois shows how easy it is to step into the no man’s land between reality and fiction. The tragic events in the millennia-old play that shows Orestes planning to kill his mother, Clytemnestra, are only the first layer to be explored in Interruption. When two Orestes are simultaneously present on stage, all of the identities are shattered: actors become characters, spectators become actors and characters, the director becomes a god-like figure, and his directions become truth, a truth that can alter reality as he speaks. Zois watches everything that happens through a cold, indifferent lens that will lead the film’s audience to meditate on their identity and role while watching the characters’ tribulations on the big screen.

Interruption proposes an ensemble of interesting actors, helped greatly by the complexity of their ambiguous identity on stage. Alexandros Vardaxoglou plays the god-like director, but his identity will soon evolve, stressing again and again the unpredictability of Zois’ beautifully layered screenplay. In other parts, Maria Kallimani, Alexia Kaltsiki, Christos Stergioglou and Maria Filini have their moments of glory in front of Yannis Kanakis' fluid camera, which uses darkness and light to blur the boundaries between the stage and the audience.

The Greek-French-Croatian co-production was produced by Pan Entertainment, EZ Films and Homemade Films.

Nadine Salib and Matteo Tortone with their upcoming projects were the main winners in Crossroads and Works in Progress, respectively

GFC is supporting Greek productions and Greek minority international co-productions with a sum of over €1,000,000 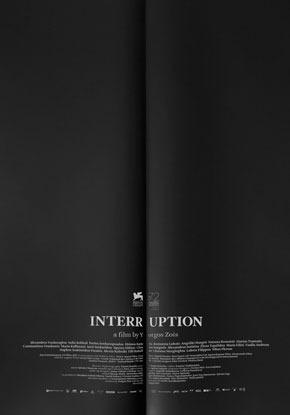 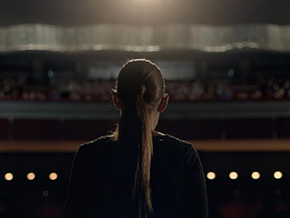