23/09/2015 - SAN SEBASTIÁN 2015: It could be said that Svetla Tsotsorkova’s debut feature follows in the footsteps of The Lesson, the winner of last year’s New Directors Award at San Sebastián

In their house perched on top of a hill, a family makes ends meet by doing laundry for local hotels. Helped by her teenage son (Alexander Benev), the mother (a very stern Svetlana Yancheva) washes dozens of sheets and puts them out to dry in the scorching sun, while the father (actor-director Ivaylo Hristov, who is going back to his acting roots here after his most recent directorial effort, Losers [+see also:
film review
trailer
interview: Ivaylo Hristov
film profile], won him the Golden George for Best Film at this year’s Moscow International Film Festival) tinkers with a broken appliance in the house. Their hard-working but serene life is overshadowed by a terrible drought that is affecting the entire region. This is why a teenage water diviner (Monika Naydenova) and her well-digger father (Vassil Mihajlov) come to the house. Their presence will prove to be a benign but powerful kryptonite to the family’s peaceful life.

There are very few locations more picturesque than the one selected by Tsotsorkova for her story about how outside forces can affect the uneventful life of a family. The old, exposed house surrounded by sheets drying in the strong wind looks like a brown behemoth ready to soar into the sky with dozens of colourful wings. Their flapping might cause tornados in China, but the truth is that the blonde water diviner is at the centre of changes in the story, written by the director together with Svetoslav Ovcharov and Ventsislav Vasilev.

With her half-truths, extreme frankness and quiet, somewhat morose demeanour, the girl states the obvious for the other characters. The boy understands that he’s filling his days with ironing sheets and kitchen chores; the mother understands that the years are flying by as quickly as the seconds among the flapping sheets, cast away with the dry wind, never to return; and the father understands how his two heart attacks have turned him into an old man. Presented by the director as an “intimate, lived-through, autobiographical film”, Thirst shows that it is not only soil that can break because of a drought, but the soul too.

DoP Vesselin Hristov’s attentive camerawork fills the screen with infinite browns, and the director peppers the characters’ tribulations with funny, meditative, endearing moments that turn the hill, its sinuous dirt track and the house at the end of it into an engrossing microcosm of family needs.

Although some of the dialogue sounds a little too precious for characters frozen in time in their remote, isolated area, Thirst will be a pleasant experience in cinemas. If you are not in San Sebastián, there is no need to worry: prior to its world premiere, the film had already been selected for a dozen other film festivals, including Zurich, Haifa, London and Hamburg.

Already selected at several film festivals ahead of its world premiere at San Sebastián, Bulgarian filmmaker Svetla Tsotsorkova’s Thirst is being released domestically on 22 April

Stephan Komandarev to focus on Bulgaria’s elderly in Hello

“It was easy to be real because everything we show is real; we just had to film it”

Sister, the sophomore film by Bulgaria’s Svetla Tsotsorkova, is a solid step forward in her interesting career; it is currently taking part in the New Directors section of San Sebastián

Nadejda Koseva in production with her first feature, Irina 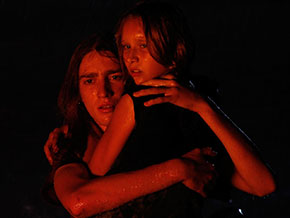 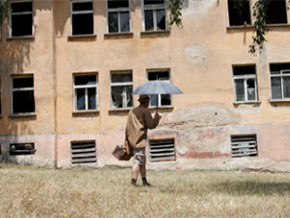 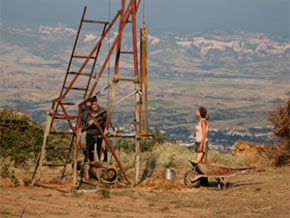 Film Festival Trends – 27/05/2022
At Cannes, panellists discuss the relationship between festivals and sales outfits
CANNES 2022: A few weeks ahead of its publication, two fest directors and two sales agents talk through the work-in-progress document they are preparing to improve the quality of their partnerships