Sunset Song: women can be warriors too

28/09/2015 - SAN SEBASTIAN 2015: British maestro Terence Davies’ latest film is a most beautiful and delicate portrait of life in Scotland during the Great War

It’s no surprise that Sunset Song [+see also:
trailer
interview: Terence Davies
film profile] made a good impression at the 40th Toronto Film Festival and that it received an ovation lasting several minutes at the 63rd San Sebastian Film Festival. Terence Davies’ film was a strong candidate for the Golden Shell last Saturday, and has all the ingredients for great success.

The film, co-produced by the United Kingdom (Hurricane Films) and Luxembourg (Iris Productions), is based on the first book in a trilogy written by Scottish writer Lewis Grassic Gibbon, a literary summary of Scotland which became successful as soon as it was published back in 1932. It tells the story of a family and its apprehensions, secrets and fight for survival. But although it is set during the Great War in Scotland, the story contains a lot of elements that make it universally applicable and timeless.

Chris (Agyness Deynis a pleasant surprise in the role that carries the most weight in the film) is a heroine of our times, a free woman who never gives up, who wants to free herself from her family and dreams of becoming a teacher. Perhaps her dream will come true, perhaps it won’t, but in the meantime she studies hard, refuses to conform and longs for a better life, without waiting around for others to bring it to her. She and her boyfriend then husband, Ewan Tavendale (Kevin Guthrie), make an incredibly modern couple. They love each other and listen and talk to one another.

In the interview he granted us, Terence Davies confessed that he grew up with women who weren’t severe, but very strong in fighting and keeping going. Perhaps he drew on his own personal experience to inject such energy into all the women who inhabit the melancholy and tragic world of Sunset Song. The responsibility he was taking on was enormous, seeing as Lewis Grassic Gibbon is a very popular writer in Scotland, but the director transposes his work faithfully, painting us a ‘costumbrist’ canvas and depicting a key moment in Scotland’s history. The film beautifully reflects the harmful effects of the war, sometimes idealised or even seen as romantic in other films. This is not the case for Sunset Song, which clearly portrays the folly and violence that can drive a man after being enlisted in the army and made to kill.

The cast is outstanding: together with Deyn and Guthrie, Peter Mullan, in the role of the aggressive and sarcastic father, gives a sublime performance. And so, with the support of its talent in front of and behind the camera, the film portrays approximately seven key years in Chris’ life, taking her from 15 to 22 years old. With nostalgic, traditional Scottish songs and a calm and docile rhythm, Terence Davies takes his time in directing a beautiful and delicate fairy tale… that’s full of realism.

"If you don’t forgive, you will never release the past"

UK production outfit EMU Films is producing Davies’ biopic of Siegfried Sassoon, one of the leading British poets of World War I 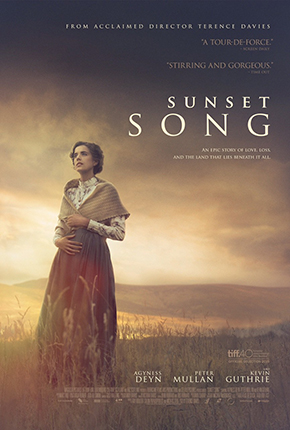 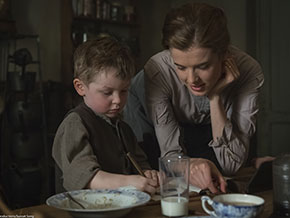 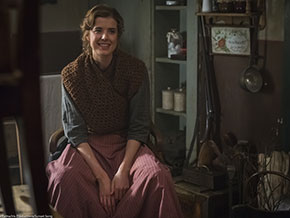 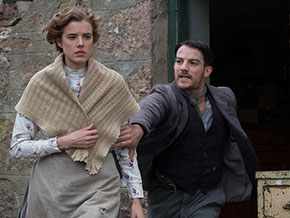 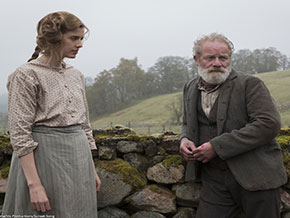