05/10/2015 - Antoine Cuypers’ debut feature film is a harrowing family thriller, which explores the possibility of accepting difference within the family unit

It’s been getting more and more difficult as of late, but Cédric and his entire family are due to have dinner together this evening. His sister Caroline arrives early with her husband. She can’t seem to sit still or keep her mouth shut. His brother, engrossed in his work, is late. As usual. His sister-in-law is there with their son. Despite the friendliness of her in-laws, she seems uncomfortable. His mother is pottering about in the kitchen: this dinner needs to go perfectly. As for his father, he’s looking up into the sky intently, relegated to managing the barbecue. Cédric has made a big decision: he’s going to do it, this trip to Austria he’s been talking about for years. While getting ready to announce this to his family, his sister steals his moment: she’s pregnant, and is intent on making it into a family affair. Although he had decided to enjoy this dinner, Cédric feels the frustration building inside him, which slowly but surely turns into cold anger, then fury. Whilst Cédric teeters on the brink of explosion, the rest of the family tries to keep a united front and maintain the seemingly fragile balance that seems to dominate their relationships with one another.

In his short film A New Old Story (which also featured Arno), Antoine Cuypers showed us impressive creativity and impression attention to detail on a formal level, which won the film a number of prizes at various festivals. Prejudice [+see also:
trailer
interview: Antoine Cuypers
film profile], the opening film of the 30th Festival International du Film Francophone (FIFF) de Namur, confirms this attention to detail, turning its nose up at the feature film format, which is however harder to turn down in a style bordering on formalism. The aesthetics are strong: desaturated colours, muffled sounds, dissonant music, a house and the characters. The images, with their washed-out, almost unreal hues, add an unsettling air to an atmosphere that is already loaded with an underlying tension that seems to grip the relationships between these family members. This embraced inclination towards formalism ends up telling us more about the characters psyches than what they do and how they behave.

Each family member seems to be bound by invisible chains, even though they show (or don’t show) it in their own way. Arno, the ghostly white-haired father, wanders around on the edge of the group. He is, incidentally, the only one who seems to accept his son’s quirks. The brother is characterised by his absence, he is the prodigal son the family waits for in vain, who eventually arrives and assumes the position of authoritarian head of the family when what is really lacking is a bond with his brother. During one of the rare respites from the dinner and the film, the perfect daughter-in-law and the idiotic son-in-law, the spouses of the siblings – just like the viewer – comment on the discomfort that runs through these family dinners, their failed attempts at finding their place in this family microcosm. Caroline (Ariane Labed) seems to think it’s her right to be the sole centre of attention, and the mother (played by the masterly Nathalie Baye), who clearly dreams of being the cornerstone of the family, a beacon of light in the midst of family storms, struggles to conceal the distress and bitterness she is fighting against behind an increasingly stiff smile. As for Cédric (the impeccable Thomas Blanchard)… Whilst there’s no doubt as to his madness, the reactions that this provokes makes us wonder: is there ever a moment that we don’t drive someone else mad? Without revealing too many plot details, the way the conflict is resolved puts all the opinions that the viewer forms over the course of the film into perspective. And suddenly the double meaning of the film’s title makes total sense (prejudice means prejudgment).

Prejudice was produced by Benoît Roland, this being his first feature film for Wrong Men (Belgium), in co-production with Lucil Film (Luxembourg) and CTM Pictures (the Netherlands), with the support of the Centre du Cinéma de la Fédération Wallonie-Bruxelles, the Film Fund Luxembourg and the Nederlands Filmfonds. The film is being sold internationally and distributed in France by Les Films du Losange (early January), and in the Benelux countries (7 October) by Cinéart.

As part of the IFFR Live! catalogue, Prejudice is being screened online from 30 January to 14 February here.

"Drawing the viewer in with elegant staging"

Luxembourg in the spotlight at Angoulême

The Grand Duchy, whose film sector has been booming for the past 20 years at least, has been chosen as the country in focus at the Angoulême Francophone Film Festival

The CCA will also be throwing its weight behind the upcoming projects by Nabil Ben Yadir and Philippe Van Leeuw, as well as those by Ari Folman and Mati Diop 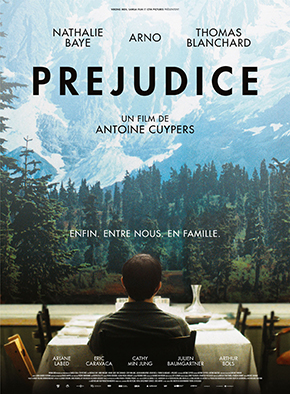 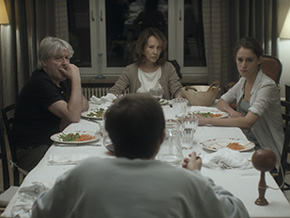 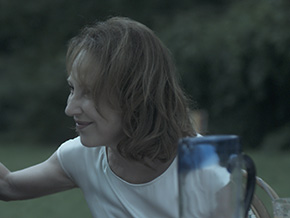 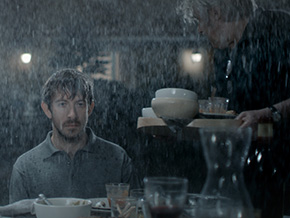