Absent [+see also:
trailer
film profile] started off as a family history lesson for US director Matthew Mishory: his grandfather fled the village of Mărculeşti before the fateful day of 8 July 1941, when 1,000 Jews were killed by the Romanian army, in one of the darkest and most little-known episodes in Moldo-Romanian history. But what initially appears to be a man’s reconnection with his family’s history swiftly becomes an analysis of the interpretation of the past.

Together with his co-producer, Sabin Dorohoi, Mishory interviews the inhabitants of Mărculeşti, now a town, bringing to the big screen a relevant story about how the present deals with the past. The 70-minute Romanian-Swiss-US co-production explores a peculiar, truly unnerving feeling of “otherness”: the inhabitants of Mărculeşti seem to think that the tragedy happened in other times, to other people – maybe even in another reality. Mishory cuts his documentary almost like a thriller, gradually revealing information about the massacre, in stark contrast with the vague comments of the interviewees, enabling the viewer to understand the gigantic abyss between the present-day town and the village before World War Two.

Originally one of the most prosperous communities in the region, Mărculeşti is now on the brink of collapse. Although the documentary only explores what the inhabitants know and think about the massacre, one has the impression that the town is frozen in time, with no chance to recover. Is poverty a curse, a price paid for what happened in July 1941? Mishory abstains from discussing the topic, but several shots of poor men and women passing by the monument that commemorates the massacre, completely oblivious to its significance, suggest that ignorance comes with a price.

“Everything is destroyed and broken to pieces,” bemoans a local man who spent 17 years writing a book about the town’s history. He must be the best informed about the day when 1,000 men, women and children were taken from their houses, escorted outside the village and shot, but he says it might be an “invention”. In the film’s most shocking and meaningful moment, the man offers, with his mouth filled with cheese and onions: “Those were hard times; we should not judge past generations.”

The current mayor of Mărculeşti helps as a guide and interpreter for the team. He is also the first to say that present and future are more important than what happened in the past. According to the European Union, Moldova is the poorest and the least-visited country in Europe. Formerly part of Romania, it is drawn to its former mother country, but also to gigantic, rich Russia: suspended between what it wants and what it needs, there is no time for dealing with the past, and Mărculeşti becomes a sublime expression of both a country and a mentality. “The past only comes back when the present runs so smoothly that it is like the sliding surface of a deep river. Then one sees through the surface to the depths,” said Virginia Woolf, and Mărculeşti stands as proof of this.

Although weighed down by some shots in which Dorohoi interprets for Mishory, Absent compensates by touching on some very relevant topics such as responsibility, dealing with the past, how reality and history can become debatable legend, and how race and religion can be invisible but meaningful borders.

Mishory’s documentary may trigger a healthy debate about the Romanian army’s role in the Holocaust, a topic that the communist regime went to great lengths to censor. Absent should be the documentary equivalent of Radu Jude’s Aferim! [+see also:
film review
trailer
interview: Radu Jude
film profile], the winner of this year’s Berlinale Silver Bear for Best Director, which showed Romanians a little-known aspect of their history: Gypsy slavery in 19th-century Romania.

For seven days, 350 films, master classes, debates and other events will provide cinemagoers with a window to the world, say the organisers 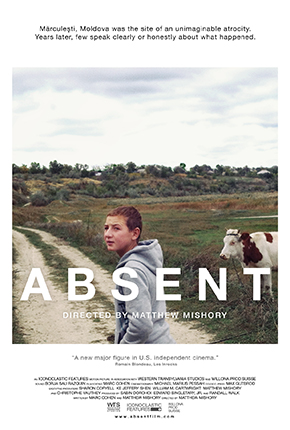 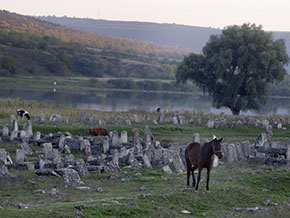