Death by Death, psycho-somatisation elevated to an art form

Jean-Jacques Rausin in Death by Death

Michel Peneud is going to die. Just like you and me and his mother, except that his mother has been told she is going to die by her doctor. So she has decided to live. And for Michel’s mother, living means feeding her cats, drinking sparkling wine like it’s champagne, and loving Michel. But Michel sometimes finds her love a bit cumbersome. To the extent that he suddenly seems to develop symptoms very similar to those of his mother. What if Michel also has breast cancer? All by himself, Michel is a pretty picture of neuroses: hypochondria, hysteria, phobias, obsession. But what is even more unbelievable is the way that Michel Peneud raises psycho-somatisation to an art form, a unique art between martial arts (like in the ransacking of the apartment sequence) and iconography (like in the final shot, a child’s hallucinatory reinterpretation of the Virgin).

Death by Death [+see also:
trailer
interview: Xavier Seron
film profile] is as excessive as its black and white shades are contrasting. But it is precisely this excess that make it exciting, this self-assured way of trying, even if it leads to failure. With this, his debut atypical feature film screened at the Festival International du Film Francophone (FIFF) in Namur, Xavier Seron goes all out: plays on words, schoolboy humour, embarrassing dizzy spells, scathing caricatures, and above all, an intimate relationship that flirts with the trivial. Seron relies on what is most intimate to us: life (notably the mother-son relationship) and death. And this dissection of the private lives of his characters takes a particularly emphatic aesthetic form. First of all is the striking black and white images, and Olivier Boonjing’s photography, with often-magnificent sequences of shots, especially in the choreographed scenes interspersed throughout the film (the household appliance shop, the yoga class, and the scene with the seesaw). These scenes are counterpoints that come one after the other, tender and farcical, and counterbalance a certain sense of deadly aftershock, the upsetting situation. The tragicomic use of Bach’s preludes or Italian song (the incredible Puoi Farmi Piangere, a cover of I Put a Spell on You) punctuate the plot, while a host of cheerful cameo actors bring a bit of levity when the story takes a darker turn, like Catherine Salée, who shows us around her retirement home.

True, Xavier Seron doesn’t leave much to his main actors, but he seems to film them with the benevolence of someone who shares their doubts and neuroses. Death by Death is a real blank canvas for the gentle madness of Jean-Jacques Rausin, the big tragicomic hero, a trashy sort of Michel Blanc. Myriam Boyer, on the other hand, bravely shoulders the difficult role of the downtrodden mother, who’s so sick and crazy that it could kill her, but full of humanity.

If Xavier Seron took several years to finish Death by Death, a film that was challenging to edit, he leaves us with the impression that he made the film he wanted, which is not at all obvious. The film was produced in Belgium by Novak Prod, and in France by Tobina Film, who has already worked on other atypical Belgian films (Amer [+see also:
trailer
film profile] and The Strange Colour of Your Body’s Tears [+see also:
film review
trailer
film profile] by Cattet and Forzani). Death by Death received financial support from the CCA, the CNC and the Brittany region.

more about: Death By Death

"It is in our flaws that I find beauty"

Cineuropa caught up with Belgian director Xavier Seron to talk about his debut feature, Death By Death 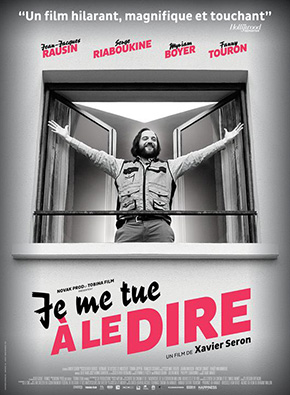 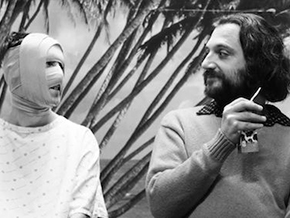 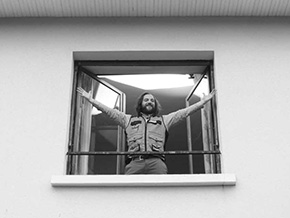 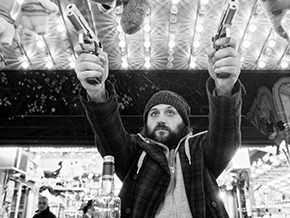 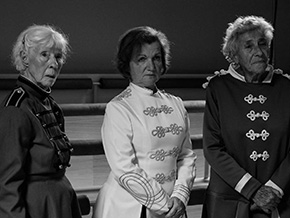 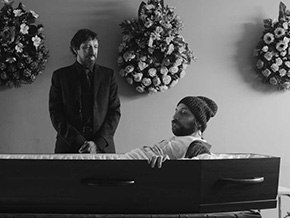 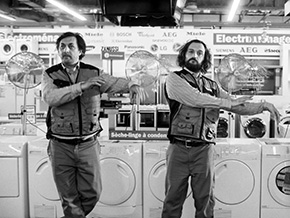 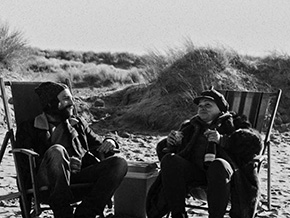