After Eastern Plays [+see also:
film review
trailer
interview: Kamen Kalev
film profile] and The Island [+see also:
trailer
film profile], Kamen Kalev delves into the world of human trafficking with Face Down [+see also:
trailer
film profile], screened at the Golden Rose Film Festival. It is a drama about Samy (Melvil Poupaud), a Frenchman arrested for smuggling fake money out of Bulgaria. He accepts a deal with the French police and uses his contacts in the Bulgarian underworld to identify the key elements of a human trafficking network that buys underage women from Bulgaria and Turkey and forces them to sell their bodies on the streets of French and Austrian cities.

With the exception of perhaps Maya Vitkova’s Viktoria [+see also:
film review
trailer
interview: Maya Vitkova
film profile], there is no film more ambitious than Face Down in the new crop of Bulgarian movies. Shot in several local and French towns, the drama also explores a world that has never been shown so thoroughly in Bulgarian cinema: the shanty towns and shady clubs playing loud chalga music, where a girl can be sold for a few hundred euros and the police have no power.

Aided by excellent art direction, impressive costumes and very good performances, Kalev shows a dark social landscape that feels very real. Apprehended by police at an airport in possession of €100,000 in fake banknotes, Samy faces years in prison if he doesn’t accept the deal. After kidnapping Elka (Seher Nebieva), an underage Gypsy prostitute, Samy goes to Sofia, where he has to confront his employer, a Bulgarian gangster, while investigating the human trafficking network that took Elka away from her family and sent her abroad. A true “between a rock and a hard place” situation, Face Down slowly becomes a descent into the abyss, as Samy is always perceived as an intruder in an insular world where only money, and big amounts of it, can give one access.

The screenplay of Face Down, written by Kalev together with Emmanuel Courcol (who also wrote Welcome [+see also:
film review
trailer
making of
interview: Philippe Lioret
film profile], nominated for ten César Awards in 2010, which also explores the contrast between two different social backgrounds), benefits from some very thorough research. It is gritty, dark and violent, and gives the audience the impression that they are truly seeing a world where mothers sell their own daughters and men are ready to pay thousands to have sex with a virgin. Unfortunately, although Seher Nebieva is perfectly chosen for the part of Elka, a character whose safety and bright future are supposed to be Samy’s only chance for redemption, the two heroes tread a predictable path, having repetitive interactions.

What works perfectly in Face Down, however, is the suggestion that the world of the mafia is an inferno one cannot escape. There are no safe partings, as its contagion is impervious to distance, leaving scars carved deep into the soul. An octopus with connections on every level, the underworld doesn’t let go, and its implacable goals are aided by unbreakable, even if immaterial, chains: drug addiction, emotional blackmail, a certain comfort of a familiar background. Extrusions may be possible, but are they worth the price?

A French majority production, Face Down is produced by Le Pacte, with Left Field Ventures (Belgium) and Waterfront Film (Bulgaria) as co-producers. The film was released in French cinemas on 14 October, distributed by Le Pacte.

more about: Face Down

Hristo: The ferocious dream of a normal life

Godless comes out on top at Varna

Irreplaceable will open the gathering, which unspools from 19-26 February, and features two competitions and myriad parallel sections

UniFrance is hitting hard with 84 films, including 57 market premieres, 400 buyers, and a junket for 110 French artists and 100 journalists from 40 countries

The Festival, an important event for young German filmmakers and world independent cinema alike, was opened by One Breath by Christian Zübert

The new, highly accomplished animated film by Gagnol and Felicioli rubs shoulders with the return of Jean-Paul Rappeneau and the debut by Camille Fontaine 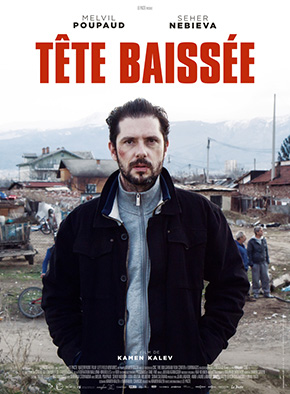 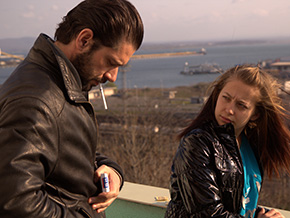 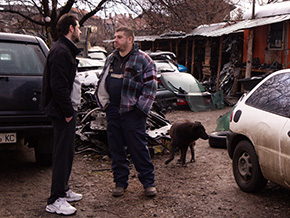 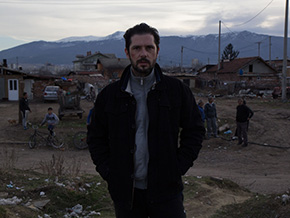 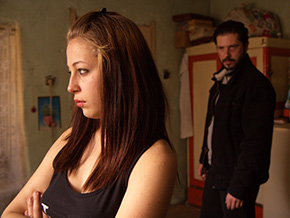