These Daughters of Mine: when our parents leave us

Gabriela Muskała and Agata Kulesza in These Daughters of Mine

The subject of the death of parents, recently explored in Mia madre [+see also:
film review
trailer
interview: Nanni Moretti
film profile] by Nanni Moretti, is at the centre of Kinga Dębska’s new film, These Daughters of Mine [+see also:
trailer
film profile], part of the Official Selection of the 10th Rome Film Fest (16-24 October). Like in Moretti’s film, the protagonist of the Polish director’s second fictional feature film works in the film industry – she’s an actress – and finds herself facing, along with her sister, the imminent death of their mother: what follows are hospital visits, meetings with doctors, phone calls on set, a whirlwind of emotions between hope and resignation, family fights, moments of endearment, and existential balances.

Marta and Kasia (Agata Kulesza, the star of Ida [+see also:
film review
trailer
interview: Pawel Pawlikowski
interview: Pawel Pawlikowski
film profile], and Gabriela Muskała) are sisters but they couldn’t be more different. The former is a TV series actress, but off set she goes about her business alone in a tracksuit; the latter is a teacher, although she has a flashier side to her than her VIP sister. One is bitter and ill-tempered, the other fragile and caring. “One of us has to have been adopted”, says Marta without mincing her words. The unexpected illness of their mother (Małgorzata Niemirska) forces them to work together and also take care of their elderly father (Marian Dziędziel), who, by a stroke of bad luck, falls gravely ill at around the same time. A dramatic scenario, but one which will also make audiences smile. “Life’s ups and downs should be approached with humour”, said the director when she presented her film in Rome, “above all the definitive things in life”. Something which comes more naturally to the disillusioned Marta than to Kasia, who is too set in her role as the good daughter.

The heart and soul of the film is the contrast between the two sisters: “The film was born out of my need to face up to the tragic death of my parents, but the sisters you see on screen aren’t me and my sister”, points out Dębska, “the actresses put a lot of themselves into the role, basing themselves on real-life situations. In a sense, they’re co-writers of the film”. Visually, the film seeks harmony: “I was inspired by Japanese art, zen, paintings from the 15th century”, explained director of photography Andrzej Wojciechowski, “basic compositions, long sequences, wide shots: a calm observation of reality”. The result is a sincere snapshot of life which is easy to identify with, a reflection on family ties, lasting conflict, and what happens after, when the people who gave us life aren’t there anymore.

Produced by Studio Fimowe Kalejdoskop in co-production with Wytwórnia Filmów Dokumentalnych i Fabularnych and co-funded by the Polish Film Institute, These Daughters of Mine (the cast of which also includes Marcin Dorociński in the role of Kasia’s deadbeat husband), will be released in Polish cinemas on 15 January 2016. International sales will be handled by Studio Filmowe Kalejdoskop. The film won the Audience Award, the Journalists’ Award and the Arthouse Cinemas Network Award at the Gdynia Film Festival.

more about: These Daughters of Mine

Amok: Fame at the cost of your life

Kasia Adamik’s latest film gives us a diagnosis of civilisation, of the contemporary affliction that is our obsession with being noticed

Body triumphant at the Eagles in Poland

These Daughters of Mine: when our parents leave us

18 titles are duking it out for the Golden Lions statuette, the top prize at the Gdynia Film Festival, which kicked off yesterday 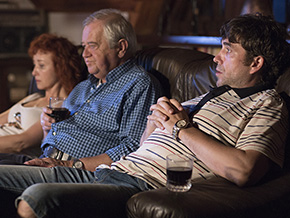 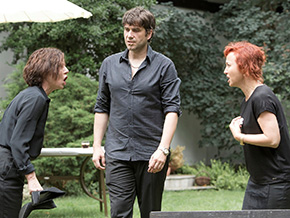