Awaiting: Nightmare in the snow

28/10/2015 - Daniela Fejerman demonstrates her mastery of strong narrative in a drama that she had to endure for herself: the extremely tough process of adopting a child in a country riddled with corruption

Awaiting [+see also:
trailer
interview: Daniela Fejerman
film profile]'s English title is extremely apt, as its main characters have to be patient and do just that: they wait to be seen by pencil pushers in a strange country, wait to be assigned a healthy (or not so healthy) child and, above all, wait for an end to the hell that they excitedly got themselves into, but which they have no idea how or when they will be able to get out of. The anguish felt by this couple brought to life with potentially award-winning conviction by Catalan actors Nora Navas (winner of the Goya Award for Best Actress in 2011 for Black Bread [+see also:
trailer
film profile]) and Francesc Garrido (portraying a highly nuanced character, bristling with expressive glances and mood swings) pierces through the screen and burrows deep into the viewer’s soul, testifying to the long, painful, cold and exhausting process that the actors are living through on screen – similar to the one that the director herself, Daniela Fejerman, had to endure years ago when she adopted a child in Ukraine.

Shot in Lithuania and now being presented at the 60th Seminci, Awaiting never opts for an easy way to make you shed a tear; nor does it hold you hostage to sentimentality, in spite of the high level of drama inherent in its plot. On the contrary, its director – who wrote the robust screenplay together with Alejo Flah – succeeds in recounting something so personal in a dignified way, maintaining just the right amount of distance and using the requisite narrative elements in order for the on-screen conflict not to turn into an after-dinner TV film. To achieve this, it not only relies on an outstanding cast – including both the Spanish and Lithuanian performers – but also on the washed-out cinematography of Juan Carlos Gómez, which is in keeping with the state of mind of these victims of an emotional tsunami sweeping them away and potentially leaving them scarred for life.

Because the characters of Daniel and Natalia make up one of those couples that have invested not only their savings, but also boundless enthusiasm and hope, in their plan to become the parents of an adopted child. And so, providing the necessary support for one another, they embark on a voyage to a country to the east, where they have been promised a healthy kid. But as soon as they arrive, they come up against theft, corruption and a lack of communication that reaches a point where the situation starts getting out of hand, brings out the worst in each of them and shakes the foundations of what they had thought was a solid, cast-iron relationship.

While the inhabitants of a snow-covered city are jovially celebrating Christmas in the streets, Daniel and Natalia will gradually experience various emotional states, ranging from anger to estrangement, mistrust, aggression and desperation: this contrast between their intimacy in tatters and the outside world underlines the terrible ordeal that the couple is going through, powerless when faced with such an overwhelming situation. While Fejerman shakes us to the core with all of this, she makes us wonder: how much of this could we bear if we were put in a similar situation?

“My film is like a Christmas tale told by Kafka”

Cineuropa talks to Daniela Fejerman at the Seminci 2015, who poured her own difficult personal experiences into La adopción, starring the magnificent Nora Navas and Francesc Garrido

The movie, produced by Wanda Visión and starring Jean Reno, is being filmed over a period of two months in Morocco and Senegal, as well as on the Canary Islands

Enrique Baró Ubach’s first film, presented in the New Waves section of the Seville European Film Festival, is an exercise in nostalgia that exudes love for the cinema and that playful summer spirit

The Reconquest emerges victorious at Cinespaña

The director of Marseille is all set to release her third movie, a co-production between Spain and Germany, starring the entertaining Juanjo Puigcorbé

The Bride is the big favourite at the third Feroz Awards

Paula Ortiz’s elaborate and modern adaptation of Federico García Lorca’s Blood Wedding has got nine nods, followed by Truman and Retribution, with six

The stunning movie co-produced with Argentina by the Almodóvar brothers has snagged three nominations, as has Cesc Gay’s moving title

The Invisible Artery: The main thing is to love

The fourth film by Pere Vilà, presented in the official competition section of the 60th Valladolid Film Festival, is a daring and dramatic ensemble piece with the power to profoundly worry and disturb

Awaiting: Nightmare in the snow

Daniela Fejerman demonstrates her mastery of strong narrative in a drama that she had to endure for herself: the extremely tough process of adopting a child in a country riddled with corruption 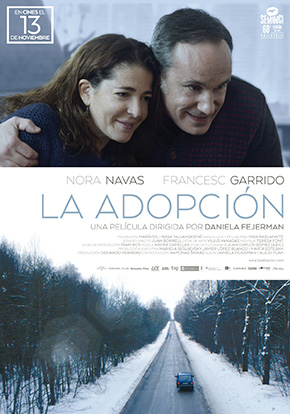 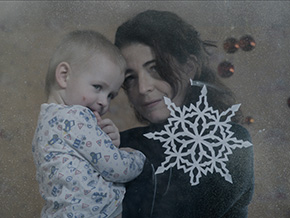 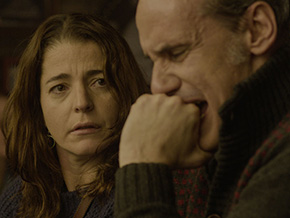 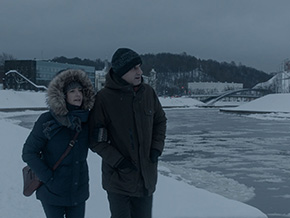 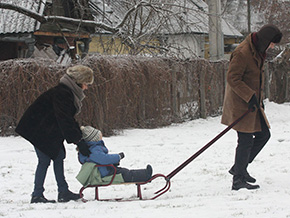