Autumn promises to be full of Swiss films this year. A number of productions, some in their world premieres and others that have already had a fair run, will be screened at various international documentary film festivals. Zurich-born director Eva Vitija set the wheels in motion with her highly personal debut feature My Life As A Film [+see also:
trailer
film profile] (Das Leben drehen-Wien mein Vater versuchte, das Glück festzuhalten), a philosophical but at no point umbilical reflection on the medium of film and the delicate triangular relationship between the camera, the director and the object of the latter’s desire. My Life As A Film had its world premiere in the International Programme section of this year’s DOK Leipzig, which has just come to a close. The category also featured Grozny Blues [+see also:
film review
trailer
film profile] by Nicola Bellucci, one of the four Swiss documentaries in the running for the prestigious European Film Awards. Accompanying them were two more Swiss co-productions: (Be)Longing [+see also:
film review
trailer
film profile] by João Pedro Plàcido (Next Masters Competition), and Lampedusa in Winter [+see also:
film review
trailer
film profile] by Jakob Brossmann (International Competition), which was screened for the first time at this year’s Locarno Film Festival.

For her debut feature film, the Zurich-born director dug deep into her family’s history, broken up into images by a filmmaker father with a bulimic appetite for memories. A history written by someone else in a language she found it hard to understand. Using the camera, which she long considered an enemy, an artificial eye forever prying in on her private life, Eva Vitija tries to decipher the message hidden behind the long sequences filmed by her father.

The poisoned chalice she received as a gift for her eighteenth birthday was non other than a film about her life shot by her father, Swiss filmmaker Joschy Scheidegger, who went from being a ‘normal’ parent to a family entomologist, obsessed with an artificial happiness that slowly but surely seemed to slip away from him. Unable to understand the importance of this gift or decipher its rich and emotional subtext, Eva Vitija chose to remove herself from it, to ignore it and push it away from her everyday reality. The death of her father, however, caused her to reconsider, given the extensive film archives he left her. It is in this way, with the camera that harassed her all those years in hand, that the director steps into the territory of the ‘enemy’. An experience that became not only a quest for an authentic family truth, but a reflection on film as the only way of capturing a life, a reality that we’re only too aware is fleeting.

Although the attempt proved fatal for her father, it became a form of cathartic liberation for his daughter. What hides behind the endless footage taken by her father? Where does the parent that the camera seems to have robbed her of hide? By walking in his footsteps, using his archive images and accounts from her brother and mother, the director tries to find the truth that her father buried under a mountain of artificial memories. Eva Vitija sorts through the archive material she has inherited until she comes across a difficult yet healing truth. Suddenly her father’s gift ceases being a series of images and becomes pure perspective, that of an insecure and unsatisfied man trying to steal the happiness and serenity he so dearly longed for from reality. The artificial projection of an incredibly real need.

Through her film Eva Vitija gives her past back that element of intimacy that her father’s camera seems to have stolen from her, re-establishes the bond that tied her not only to him but also and above all to herself. The subtle but evocative soundtrack of Christian Garcia and Maurizius Staerkle Drux glides along with the images like the ghost of an elusive and muffled past, as sweet as it is cruel. A powerful debut film with (perhaps) unexpectedly universal appeal that doesn’t shy away from portraying the small and big flaws that make us human.

My Life As A Film is a co-production between SwissDok GmbH, Zürcher Hochschule der Künste ZHdK and Schweizer Radio und Fernsehen.

more about: My Life As A Film - How My Father Tried To Capture Happiness

There are a lot of Swiss films in the various sections of this year’s edition of the festival, from the International Competition to Piazza Grande and Filmmakers of the Present

My Life as a Film takes home the Solothurn Award

The prestigious prize has gone to Eva Vitija’s graduation film from the Zurich University of the Arts, while the audience crowned Lina by Michael Schaerer 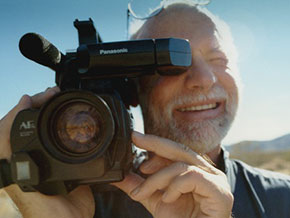 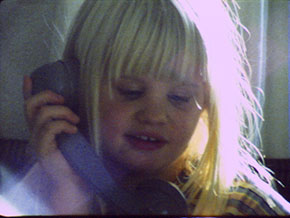 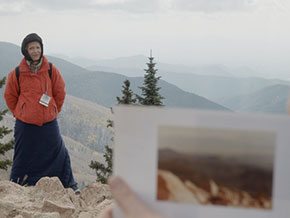