Dead Slow Ahead: A high-seas experience bristling with sound and light

The winner of the 19th Jihlava International Documentary Film Festival's Opus Bonum section for films from around the world, Spanish writer-director-cinematographer Mauro Herce's Dead Slow Ahead [+see also:
trailer
interview: Mauro Herce
film profile], is nominally a documentary, but for all practical purposes of a viewing, it might as well be a post-apocalyptic sci-fi movie. In any case, it can best be described as an “experience”.

Set on a freighter ship (the first opening credit is the subheading “A sea journey shot on the Fair Lady”), Dead Slow Ahead starts with an almost theatrical scene: a sailor is looking at charts laid out on a table, lit by a couple of lamps, in front of a black curtain. This is followed by an image of a door with a circular window, in which we glimpse a reflection of two Asian men, apparently singing karaoke in a blinking light, but all we hear are the sounds of the ship’s machines.

Then the vessel is leaving a port at night, and we see only the lights of the city and those of the ship in the darkness – barely a silhouette can be made out. The rest is a sea of black. What follows is a series of shots of the sea and the sky at various times of day and in different climates, describing the sheer power of the elements, before we get to the first spoken line in the 29th minute of the film: a sailor is on the bridge, and voices from within the ship are reporting over the radio that water is inside the vessel and has reached the wheat.

Here, the atmosphere changes from an almost lulled-to-sleep feeling to a creepy, even scary form of tension, followed by several scenes inside the ship that lead up to its most epic image: in the huge storage room, shot from a bird's eye angle, among billions of grains of wheat there is one sailor who looks as small as an astronaut on a sandy planet (echoes of Dune?), and a puddle of water behind him that is slowly swallowing the precious cargo.

However impressive almost every carefully framed, filmed and coloured shot is, Herce manages to build up the atmosphere with sound, which never stops. Although there is no music (not even in the karaoke scene) and very little dialogue, the groaning noises of the ship's structure, the screeching of its machinery, the beeping of its sonar and the sounds of the sea itself paint a striking picture. In Dead Slow Ahead, the sound is like another visual layer over the image itself – built with care and precision to create a powerful viewing experience. There is really nothing like it around in cinema at the moment; it may bring to mind the fishing documentary Leviathan [+see also:
trailer
film profile], but this would be an unfair comparison for both films. This is a movie so hard to describe with words that it would be fairly plausible to think of a three-page screenplay that simply reads “green light” or “beeping sound continues”.

Dead Slow Ahead is a co-production by Spain's Nanouk Films and El Viaje Films, and France's Bocalupo Films.

more about: Dead Slow Ahead

"For me, cinema is a necessity"

Spanish filmmaker Mauro Herce is showing his multi-award-winning first work, the enthralling Dead Slow Ahead, shot on a cargo ship, in Gijón

Spanish director Víctor Moreno competes for the Giraldillo de Oro with a fascinating sensory journey, which focuses on an urban symphony of sounds and images

“Good cinema can do a lot”

During Cineuropa’s visit to the Astra Film Festival, we caught up with its head of programming, Csilla Kató, to discuss her approach to curating the event 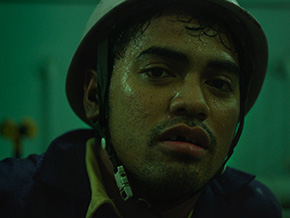 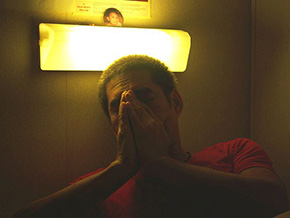 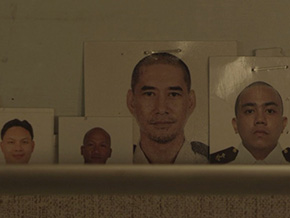 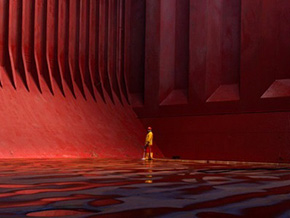