Isla bonita: Giving (almost) everything up

05/11/2015 - Seasoned filmmaker Fernando Colomo has rustled up an uninhibited, improvised, cheerful and dazzling movie that served as therapy and a personal exorcism for him

Presented in the Zabaltegi section of the most recent San Sebastián Film Festival, Isla bonita [+see also:
trailer
film profile] is the 20th feature film by Fernando Colomo, who, at almost 70 years of age, can flaunt a filmography that includes such distinguished, landmark films as Paper Tigers, La vida alegre and Going Down in Morocco. Thanks to this career, he has been labelled as an efficient craftsman of comedy, but a few months ago, he decided to bypass the system of production that currently dominates mainstream film and instead shoot whatever happened to come flooding out of him at a time in his life that could easily have shared a title with one of his movies: I’m going through a crisis.

Divorce, his resulting change of address, and surgery all resulted in Colomo taking a much-needed break on the stunning island of Menorca. Taking refuge from this “mess” in the house of some friends of his, he realised that everything around him could provide the material from which to construct a film. Why not? And a certain amount of creative anarchy was what he needed to give him back that thrill and excitement that he had lost: film transformed into a therapeutic exorcism and a rejuvenating elixir of life. And so, half-jokingly, he asked his mates to play themselves, to wear whatever they wanted, to avoid putting any make-up on and to ad-lib as much as they fancied. Two tiny digital cameras captured all those conversations, dinners and dips in the waters of Mediterranean coves, giving rise to the unparalleled Isla bonita as the fruits of his labour.

As a result, you can almost breathe in the freedom, spontaneity and experimentation of this film that has clear links to the absurd pathos of Woody Allen (the actor), reincarnated here as a kind of Spanish cousin of his: Fernando Colomo himself, who steps in front of the camera lens to breathe life into a filmmaker who makes ends meet by shooting adverts, and who falls apart awkwardly whenever he meets women. His encounter with a young lady – Olivia Delcán, who also appears in the new movie by Imanol Uribe, Far from the Sea [+see also:
trailer
interview: Imanol Uribe
film profile] – will infect him with her boundless energy. Together with this dynamic duo, we’ll pay a visit to the more remote corners of this paradise, we’ll laugh, and we’ll find ourselves succumbing to the carefree idleness of the Balearics, that sultry and radiant state of utter relaxation, typical of summertime, that Isla bonita is bathed in.

With a budget of €70,000 – dished out by a well-known brand of soft drink, which almost becomes a supporting character in itself – a simple plot and snippets of three films that Colomo acted in – All Men Are the Same, Todo es mentira and Searching for Love – which act as flashbacks demonstrating the catastrophic emotional CV of his character, the movie was shot in two phases: the first, between September and October 2014, and the second, in May 2015, in order to give it a less brutal ending than planned, with the lead character hurling himself off a cliff.

Because although Colomo claims that he wants to avoid falling victim to the tyranny of other people’s opinions, perhaps someone suggested to him that with a fatalistic conclusion his Isla bonita not only betrayed its overall tone, but also its yearning to connect with a mild-mannered audience, like the one that smiled so broadly at the misfortunes of its endearing antihero during those first screenings at San Sebastián.

Isla bonita is a production by Comba Films and La Perifèrica Produccions, which also benefited from the involvement of the Autonomous Television Station of the Balearic Islands; its sales are managed by Imagina International Sales.

The filmmaker is directing Anna Castillo and Oriol Pla in an optimistic, passionate and intense story that unfolds in various settings in Catalonia and the city of Melilla

“I’m open to offers from producers”

Following the creative comeback that was Isla bonita, and after the recent box-office smash The Tribe, Fernando Colomo is releasing Antes de la quema, which was shot during the carnival in Cádiz

Fernando Colomo gets into the groove with La tribu

The filmmaker is following in the energetic footsteps of his previous film, Isla bonita, as he shoots his new comedy, which features musical numbers performed by Paco León and Carmen Machi

The Bride, with 12 nominations, and Nobody Wants the Night, with nine, are the strongest candidates at the 30th edition of the Spanish Film Academy's awards

Isla bonita: Giving (almost) everything up

Seasoned filmmaker Fernando Colomo has rustled up an uninhibited, improvised, cheerful and dazzling movie that served as therapy and a personal exorcism for him

The 63rd edition of the festival will feature a strong national presence: Álex de la Iglesia, Agustí Villaronga, Marc Recha and Cesc Gay are just some of the big names in the selection 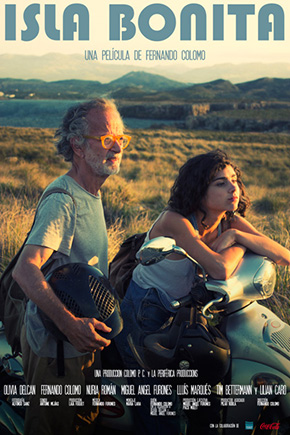 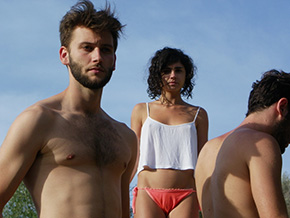 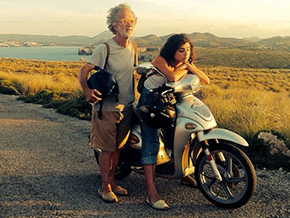