About Heaven, the heavenly hidden in the mountains

18/11/2015 - The latest feature film by Romand director Stéphane Goël, which had its world premiere at this year’s edition of the Locarno Film Festival, marches on

An image from About Heaven

With Locarno under its belt, About Heaven [+see also:
trailer
film profile] by Stéphane Goël marches on, stopping off in Amsterdam at the International documentary film festival (IDFA) (18-29 November), where it will be screened in the Masters section. Accompanying it is another Swiss film, Sonita by Rokhsareh Ghaem Maghami, which will feature in the First section.

With About Heaven, Stéphane Goël, the co-founder of Lausanne-based collective Climage, takes us on a journey through paradisiac Swiss landscapes, as if gravity didn’t exist. What does paradise look like for the inhabitants of a country (Switzerland) that can, in many ways, already be considered the Garden of Eden? In a western society in which social networks are semi-divine these days, does paradise still look the same? Stéphane Goël tackles this ‘burning’ and mystical issue head-on, delicately and with an irresistible dose of humour.

About Heaven gives voice and form to an eclectic gallery of characters who are nearing the end of the line. Their personal representation of heaven is often surprising, incredibly pragmatic but personal and determined by their life experiences, for better or for worse. Religious, atheist or agnostic, little does it matter. What matters is their personal vision of the afterlife, a place they may have dreamt of or denied the existence of, but which is nonetheless ever-present in their thoughts. What makes Stéphane Goël’s latest film so interesting and moving is his choice to use a journey, both real and symbolic, with his father towards a hypothetical earthly paradise in the mountains as the film’s guiding thread (a sort of imaginary umbilical cord). This mountainous ascent towards heaven is an opportunity to reconnect with a family member who belongs to the past, with fragments of life which, when put together, illuminate a moving and profound personal journey. This personal dimension enhances and enriches the subject matter, taking it from universal to private and family-based. The majestic and sublime images of the Swiss mountains and the lack of dialogue between father and son are reminiscent of directors like Ozu or Hou Hsiao Hsien. As their ascent towards the summit slowly becomes more arduous, the movements and expressions, or even the increasingly laboured breathing of the father, become narrative elements in their own right, powerful and evocative.

With a perfectly calibrated whir of archive images (presumably of Goël’s family), interviews with people mostly at the end of their lives and moments of intimacy between father and son, Goël transforms film into a special moment in which reality becomes something cruelly astonishing. The hypnotic and unsettling score by Jeans-Philippe Zwahlen lingers on the images as if to gracefully highlight the irreparable and unstoppable passing of time. The cinematographic world created by Goël is in places rather futuristic, with images of mountain peaks dwarfed by a sky that seems artificial in its perfect majesty or rooms set aside for palliative care in which the ceiling is lit up by celestial projections (of mountains or baroque paintings). Does reality not already look dangerously similar to heaven? Does heaven, then, really just depend on the ‘here and now’? About Heaven also proposes a surprising analysis of Switzerland, a fragmented but united country in which different languages, cultures and beliefs live happily side-by-side. A clunky piece of choreography in which difference and misunderstanding vanish in the mountains, a sort of enchanted place that turns reality into the divine. A magnetic film that carries the viewer far far away.

more about: About Heaven

Four stars in the line-up for Doc & Film International

With Fire at Sea by Gianfranco Rosi in competition and three other films in the selection, the French company is getting ready for a very busy EFM

About Heaven, the heavenly hidden in the mountains

The latest feature film by Romand director Stéphane Goël, which had its world premiere at this year’s edition of the Locarno Film Festival, marches on 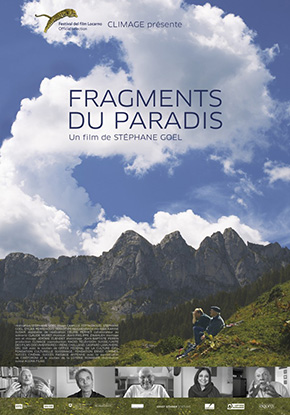 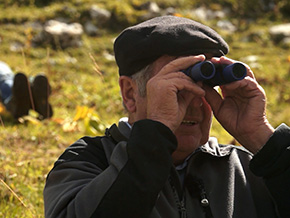 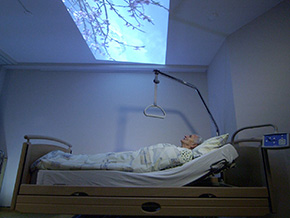 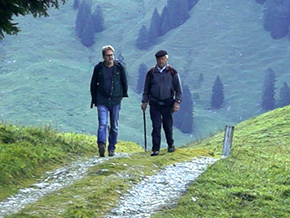