27/11/2015 - The latest feature by Armenian director David Safarian is a drama about confronting adversity, understanding human nature and dealing with the past, depicted through the hardships of a married couple

The 19th Tallinn Black Nights Film Festival (BNFF), running from 13-29 November 2015, hosted the world premiere of 28:94 Local Time [+see also:
trailer
interview: Yana Drouz & David Safarian
film profile], the latest feature by Armenian filmmaker and scriptwriter David Safarian. After having directed several documentaries and short films throughout his career, this is actually Safarian’s second feature-length drama – more than 20 years after his fiction debut, The Lost Paradise (1991). 28:94 Local Time is a truly cinematic metaphor in which the struggles of a family, and their fight against adversity, stand for the miseries of a whole nation and its long-suffering inhabitants. The film is a co-production between Armenia, Germany and the Netherlands, produced mainly by Safarian’s own company, Studio DS.

In the early 1990s, Yerevan, the capital of newly independent Armenia, endured a severe energy crisis, due to the national situation of instability following the dismantling of the USSR. The local population had to live under fairly extreme conditions, where sudden power cuts and gas shortages became part of their daily routine, turning into a barely tolerable situation in wintertime. These are the true events that Safarian takes as the starting point for his poetic and touching story. Against this desolate backdrop, we follow the life of Katya (Yana Drouz) and Tigran (Ashot Adamyan), a middle-aged couple of intellectuals who used to work in the theatre, and their everyday efforts to survive cold and despair. The story of the family becomes one of their community, which comes together in order to fix an old boiler room that would help them to overcome the harsh winter. Around this common goal, the two main characters introduce us to a series of quirky and iconic characters, with whom they share similar hopes and fears, but who all have different ways of approaching the situation.

Safarian assures both a brilliant narrative and stunning cinematography, which alternates heart-warming flashbacks from a colourful past – in which the characters find emotional shelter – with the threatening snowscapes of their current surroundings. Reality and fantasy are often blended together in poetic reflections, memories and wishes for a better future. In fact, these intimate recollections seem to represent the longings of a whole country: a nation that under such circumstances fights to remain human. As Tigran himself expresses, “When living conditions get unbearable, people quickly lose their human face.” Their facial expressions become blurred, as if they were mere puppets in the hands of time. Towards the end of the film, we are led to a bittersweet conclusion with the arrival of spring, which alleviates the problems but will eventually be replaced by another season. In the movie’s most striking image, we observe a seemingly endless queue, in which the characters – and indeed the whole nation – await a distant time that may just be too far away.

The latest feature by Armenian director David Safarian is a drama about confronting adversity, understanding human nature and dealing with the past, depicted through the hardships of a married couple

The latest films by Laila Pakalnina, Marian Crisan and Iglika Triffonova, among others, will have their world premieres at the Estonian festival 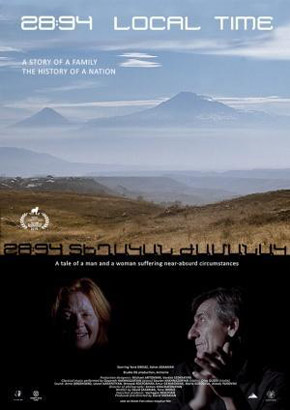 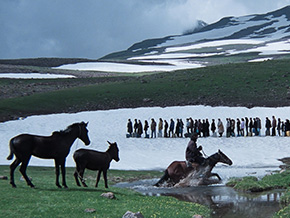