Exotica, Erotica, Etc: Men at sea and the women who love them on land

The imagery of sailors, ports and prostitutes lies at the core of Evangelia Kranioti’s directorial debut, Exotica, Erotica, Etc. First unveiled in the latest Berlinale Forum, the film has since travelled to several festivals around the world, landing yesterday at the second Porto/Post/Doc (read more).

Kranioti, a Greek visual artist based in France, shot her first film between 2011 and 2014, when she boarded several cargo ships a total of 12 times, which then took her to 20 countries. Alone, without a crew, she filmed over 450 hours of footage, which led to the creation of a film about men at sea and the women who love them on land.

Kranioti chose to build the narrative arc of her film around the testimonies of two real-life characters: a Greek captain, Yorgos, and a South American prostitute, who was once Marilyn, but now goes by the name of Sandy. No real-life bond is established between Sandy and Yorgos, because, more than characters, they embody the archetypes of the sailor and his beloved woman back home. Or – ultimately and metaphorically – they embody modern variations of Odyssey characters Ulysses and his wife, Penelope. Except that here, the boundaries between love and prostitution are blurry, and the line between pleasure and detachment is extremely fine.

Yorgos’ testimonies are always heard as a voiceover, painting a portrait of a detached man who rejects drama and is always longing for the future. Sandy, on the other hand, steals the show; she is present, voluptuous and flamboyant, filling her empty days with the memories of all the Greek sailors she once met. Now an old woman, Sandy seems to idealise the past, leaving no room for regrets, apart from the fact that she did not have any children.

Sandy’s rose-tinted view of her past contrasts with a much darker portrait of prostitution nowadays, particularly in the sequences of the film that were shot in Brazil. Nevertheless, the movie never openly takes a stance on the theme and does not make any moral judgments on the people involved in it.

Exotica, Erotica, Etc was initially conceived as a photography project. It grew as Kranioti started to explore video techniques and received several grants to facilitate its development. French production outfit Aurora Film finally got on board, and the film was completed with the support of the Île-de-France region and Greece’s JF Costopoulos Foundation.

Wednesday 04:45 tops the list of winners at the Hellenic Film Academy Awards

Exotica, Erotica, Etc: Men at sea and the women who love them on land

Porto/Post/Doc unveils the programme for its second edition

Nearly 70 titles, including 44 local premieres, are part of the festival, which will be held from 1-8 December in Porto

In total, France will be represented by 26 features produced with 21 countries in the various sections of the Berlinale 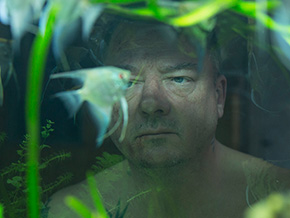 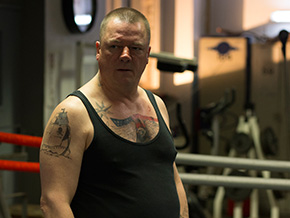 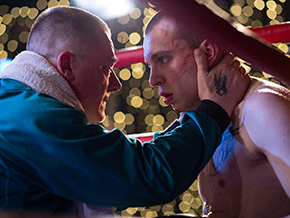