Bang Gang: The circumstances of a derailment

14/12/2015 - Eva Husson’s debut feature film about the intense sexual excesses of a group of high school students is original, lively and very free

"This isn’t preschool! Get closer! We’re all amongst friends!" Bold, swaggering, attracted by taboo, disinhibition and highly-charged desire just waiting to be set free: at the age of 16-17, what could be more natural than to want to throw yourself into new experiences, explore your body and learn to differentiate between instincts and feelings? It’s this raw and exciting world of excess that Eva Husson shrewdly explores without taboo in her debut feature film Bang Gang (A Modern Love Story) [+see also:
trailer
interview: Eva Husson
film profile].

Unveiled at Toronto and screened in competition at the 7th Les Arcs European Film Festival, this subject, which has a highly original "feel" to it in the context of young French cinema, puts the film at risk of spinning out of control, but it avoids doing so rather brilliantly, playing out with ease through scenes of nudity and delivering a fairly accurate portrait of these teenagers and their "exaggerated digression".

"That was the year everyone remembers. A never-ending summer, a heatwave, trains derailing and the start of bang gangs." Invited by a voiceover to revisit what would be described much later in the film as the "scandal of the decade at the high school", the viewer follows five young characters: blonde "knockout" Georges (Marilyn Lima), her brunette and seemingly shy friend Laetitia (Daisy Broom), "lady-killer" and party-animal Alex (Finnegan Oldfield) who lives alone in a great big house where he takes in his "junkie" friend Nikita (Fred Hotler), and finally, off the wall and withdrawn Gabriel (Lorenzo Lefebvre) and his passion for "beat style". They’re surrounded by a whole group of people that just keeps getting bigger with the growing and unbridled popularity of what starts as a game (started out of the romantic bitterness of Georges, who is betrayed by Alex and Laetitia): bang gang. And so at a steady rhythm, fuelled by social networks and drugs, far from their parents’ watchful gaze, collective sexual debauchery ensues, not without consequence in line with the quote from Jung that introduces the film: "One does not become enlightened by imagining figures of light, but by making the darkness conscience".

By tackling "something secret that people can see" head on, Eva Husson pulls off the amazing feat of avoiding the risqué and sensationalism without actually ever turning the camera away from the bodies of the characters to the bodies that invade various sequences in the film. An achievement made possible by her highly sensitive perception of the confused states of mind of adolescence and the physical spontaneity of the age, her outstanding direction of her actors, and the astute and highly dynamic staging coupled with the music of White Sea (Morgan Kibby) and the aesthetically-pleasing photography of Danish cinematographer Mattias Troelstrup. Through a nonstandard and apparently transgressive event, Bang Gang (A Modern Love Story)) decodes, without making moral judgments (but without being amoral either), the nebula of the passions of contemporary youth, a bit like Larry Clarke did with Kids, also heralding a rather dramatic entrance for Eva Husson into the world of feature film.

Produced most notably by Didar Domehri for Full House, Bang Gang (A Modern Love Story)) will be released in French theatres on 13 January 2016 by Ad Vitam. International sales are being handled by Films Distribution.

"I allowed myself a lot of freedom"

At the Les Arcs European Film Festival, we met up with Eva Husson, the director of Bang Gang, a stunning feature debut that is not for the faint-hearted

Iliana Estanyol and Johanna Lietha have created a masterful and truthful analysis of teenage lives and relationships today, and how they are influenced by the internet

Sentinelle by Julien Leclercq chomps at the bit in post-production

Currently in the Netflix showcase with his work Earth and Blood, the French filmmaker has already shot another film for the platform, with Olga Kurylenko shining bright in its cast

Nicolas Duvauchelle and Marilyn Lima topline this feature being staged by Overdrive and Entre Chien et Loup, the international sales of which are managed by Kinology 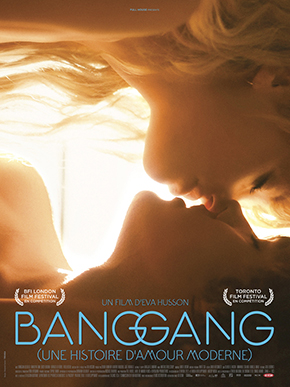 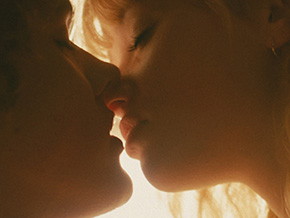 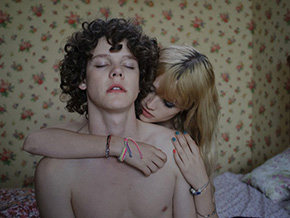