The First, The Last: an existential crisis at twilight

09/01/2016 - With The First, The Last, Bouli Lanners takes Albert Dupontel on a dark and melancholic quest to the heart of the twilight landscapes of Beauce

Bouli Lanners and Albert Dupontel in The First, The Last

Gilou (Bouli Lanners) and Cochise (Albert Dupontel) don’t say much, which is just as well, as in their line of work, discretion is everything. Hired by a client, they hit the road to find a smartphone with explosive material on it. Gilou and Cochise are bounty hunters. Along the way, they run into other lost souls and other quests. An old man and an undertaker set the mood: the end is nigh. In this twilight atmosphere, it’s not clear if it’s the end of the world, the end of a world, or just the end of their world. Gilou is ill. His heart is acting up and keeps him confined to his bed, abandoning Cochise and their mission. For Gilou, the end is in sight. In full hospital stupor, e meets a messiah who restores his faith in mankind, and therefore himself. As for Cochise, who is left alone with Gilou’s dog, it’s a woman who restores his faith in mankind. Along with a handful of crooks, an old humanist hotelier, a prophetic undertaker and a prophet who isn’t really dead, Gilou and Cochise bump into Esther (Aurore Broutin) and Willy (David Murgia). Esther and Willy are the first humans, with their youth, strength and fragility, innocence and determination. They represent love, faith and family all at once. Down on their luck, they lay their hands on the famous phone, without suspecting how dangerous it is for a second, and soon inadvertently find themselves on the run from the bounty hunters and a load of thugs.

The First, The Last [+see also:
trailer
interview: Bouli Lanners
film profile] is an encounter between characters suffering a full-blown crisis of faith, whether it’s their faith in God, in mankind, or in themselves. This dark film, with its heavy, almost post-apocalyptic atmosphere fuelled by the almost supernatural setting of the plains of Beauce, is slowly but surely lit up by the internal light of the souls it turns out, by the love and kindness of men (and women). It was these landscapes, the unreal appearance of a hover train in the Beauceron countryside, that opened the creative floodgates for Bouli Lanners, who had long wanted to make a film that explores the following question: what do we do with the time we have left on this Earth, above all when our days are numbered? The answer, in short, is love: love for oneself, and love for others. “Love one another”, said Jesus, whose shadow, played by Philippe Rebbot, looms large over the film. And love gushes through The First, The Last. The pure and original love of Esther and Willy, the gracious love of Clara (Suzanne Clément), the love of others and the humanism of the hotelier (Michael Lonsdale), the friendly love of Gilou and Cochise. In a series of spectacular shots, accompanied by the guitar music of Pascal Humbert, Bouli Lanners takes these characters through a full-blown existential crisis, the witness of twilight turning to dawn.

The First, The Last is the fourth feature film by Bouli Lanners. It was produced in Belgium by Versus, which has been with the director even since his first foray behind the camera, and was co-produced by Prime Time in Flanders and ADCB in France, with the support of the CCA, Wallimage, the VAF, the CNC, Région Centre and MEDIA. International sales will be managed by Wild Bunch. The film is due to be released on 27 January in France and on 24 February in Belgium (under the distribution of O’Brother).

more about: The First, The Last

The First, The Last: an existential crisis at twilight

A serious drop in admissions to Belgian theatres in 2016 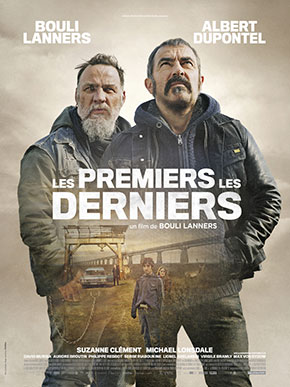 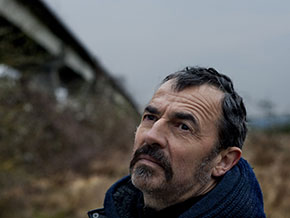 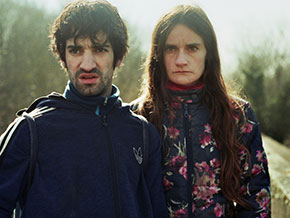 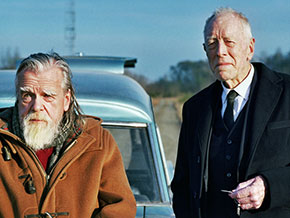 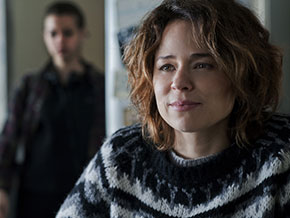 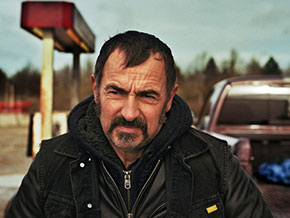