Drifters drifts away with five Guldbagges

19/01/2016 - Peter Grönlund’s feature debut collected the most prizes, but Magnus von Horn’s The Here After won for both Best Film and Best Director 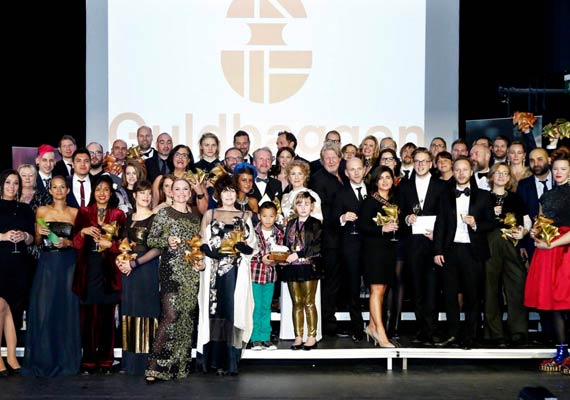 The winners of the 2016 Guldbagge Awards

Another first feature, Peter Grönlund’s Drifters [+see also:
trailer
film profile], cashed in on five of its six nominations, including Best Original Screenplay (Grönlund) and Best Actress (Malin Levanon), while Hannes Holm’s A Man Called Ove [+see also:
trailer
film profile] – which was also considered in six categories – left with three statuettes: Best Actor (Rolf Lassgård), Best Make-up (Eva von Bahr and Love Larson) and the Audience Award. A Man Called Ove was also celebrated last week (15 January) when it exceeded one million visitors in the cinemas. “One million, and replacing Star Wars as number one in the charts: you can neither plan for or dream of that,” said Annica Bellander, who produced the film with Nicklas Wikström Nicastro for Tre Vänner.

Social dramas were strong contenders for the top Guldbagge, the “Golden Beetle”: The Here After is the story of a 17-year-old boy who returns to a small community after a stretch in prison, hoping to start life afresh, while Drifters follows a young girl, a street pusher, who finds refuge in an illegal residence out of town. In Beata Gårdeler’s Flocking [+see also:
film review
trailer
interview: Beata Gårdeler
film profile], which snagged three awards, a 14-year-old girl claims she has been raped, but nobody believes her, and the whole village then turns against her.

Here is the full list of the recipients of the 2016 Guldbagge Awards: