Zen for Nothing: A mix of philosophy and self-deprecating humour

25/01/2016 - Werner Penzel’s film, which will compete for the Audience Award at the Solothurn Film Festival, transports us out of space and time and into the complexities of the present 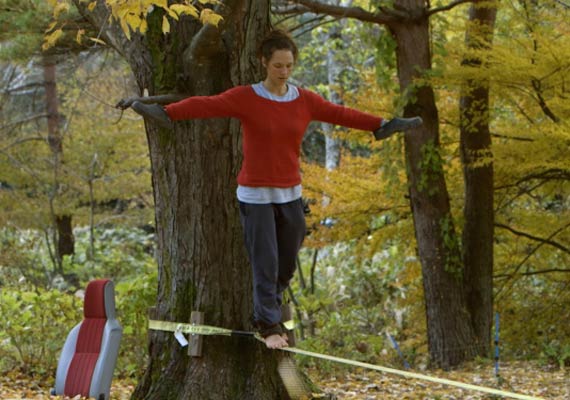 Sabine Timoteo in Zen for Nothing

Werner Penzel returns to the Solothurn Film Festival with Zen for Nothing [+see also:
trailer
film profile], which transports us into the heart of the small Antaiji zen monastery where Bernese actress Sabine Timoteo (who won the Swiss Film Award for Best Actress in L’Amour by Philip Gröning) has gone to give herself time to get back in touch with the present, which seems to be slipping away from her (and us).

Over a period of several months, from autumn to spring, Werner Penzel followed a Sabine Timoteo on the edge, taking us on a rollercoaster ride to her inner core, a mix of celebration and resignation. Hidden between the tree-lined mountains of the Western coast of Japan (Peter Penzel’s country of adoption), the small Antaiji zen monastery, run by a priest from Berlin who is atypical to say the least, seems to have become a refuge for wayfarers in search of spirituality. When you look closely though, what initially seems an oasis in the middle of nature slowly but surely becomes a place of purgatory for people to try to atone for their sins. Incapable of freeing themselves from their consumer mechanisms, the monastery’s guests torture themselves in search of something that has no name or form but that they know can save them. A chimeric here and now that they realise clashes cruelly with the solution sold by many new age citizen gurus.

Leading this motley crew of pilgrims is actress and dancer Sabine Timoteo, who sheds her “public personality” before Peter Penzel’s camera to become a mere shadow amongst shadows, to quite simply be. This double identity of hers, being both an actress, a character, and a pilgrim free to exist beyond a pre-existing screenplay makes Penzel’s project particularly interesting. When, during a ceremony she is supposed to lead, Sabine Timoteo speaks, after reading a poem by Jacques Prévert (painting the picture of a bird) of the oppression she felt trapped in the structural and behavioural rigidity of the monastery, it’s as if she’s talking more generally about what it’s like to be an actor. Caged within the comforting frame of the screen, actors exist without really “being”, the fleeting image of a story written by someone else.

Beyond the screen, the camera’s eye, the simple square building of the monastery, the frames of its many small windows, who is Sabine Timoteo really? Perhaps the answer lies in what Werner Petzel’s eye aludes to without ever really showing: the shadows that scurry over walls, the rays of sunlight that warm the skin, frozen feet brushing along the ground, those moments that can never really be captured. Between the complex, almost abyssal, reflections on being gushing from zen philosophy and the clumsy surprises of the everyday, Zen for Nothing brings us a portrayal of an extraordinarily contemporary humanity, universal in its imperfections. A film which, beyond the profoundness of its reflections, gives us moments of complete levity, an unexpected marriage between the essence of being and self-deprecating essence that warms the heart despite the icy cold Japanese winter.

Werner Penzel uses his camera not only as an eye but as an ear, nose, hand and heart too, giving us an experience that can truly be defined as sensory. An explosion of complex and unexpected undertones in imitation of life itself.

The film is being distributed by Zurich-based company Look Now!.

more about: Zen for Nothing

Zen for Nothing: A mix of philosophy and self-deprecating humour

Werner Penzel’s film, which will compete for the Audience Award at the Solothurn Film Festival, transports us out of space and time and into the complexities of the present 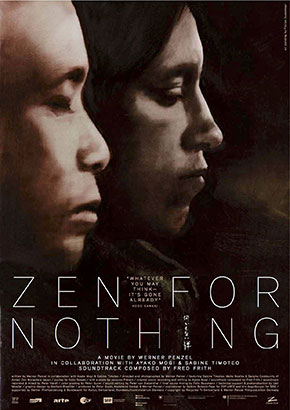 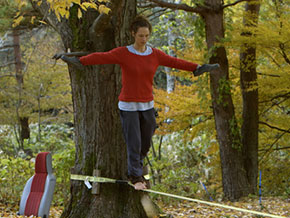 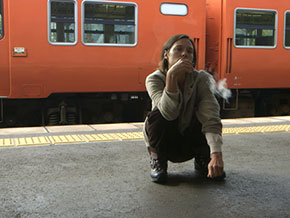 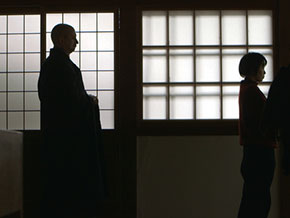