27/01/2016 - Anne Fontaine delves into a traumatised convent in Poland in late 1945, in this gripping and accomplished film boasting some excellent actors

Discreetly, a nun leaves a convent and crosses the snow-covered countryside until she reaches a town, where she allows herself to be led by a group of children, whom she asks desperately to show her to a doctor that is neither Polish nor Russian. In a medical centre belonging to the Red Cross (on mission in Poland in December 1945, when the film is set), she begs a young French woman, a doctor, to follow her. It’s a matter of life or death, but Mathilde Beaulieu will soon discover something a lot more serious and more unbelievable because, for starters, she finds herself having to carry out a Caesarean section in the middle of the night and in risky conditions, within bare walls adorned with crucifixes, and surrounded by women who have made a vow never to show their bodies, or let themselves be touched.

It is at the heart of this female-dominated, spiritual universe, torn apart by the violence of the war and its highly disruptive consequences on convent life, that French filmmaker Anne Fontaine chose to set her 14th feature film: Agnus Dei [+see also:
trailer
interview: Lou de Laâge
film profile]. Unveiled at Sundance, in the Premieres section (an extremely rare appearance of a non-English-language work in this selection), the film relies on an engaging screenplay (penned by Sabrina B Karine and Alice Vial, and adapted by the director together with Pascal Bonitzer) based on true events. Blending historical interest, metaphysical content and unavoidable empathy for these women who are repeatedly raped by Soviet troops and live out their future motherhood in the utmost secrecy in order to avoid scandal and thus the closure of the convent, in a political context that is less than favourable towards religion, the plot is skilfully made to unfold through the eyes of Mathilde (promising actress Lou de Laâge – a European Film Promotion Shooting Star 2016).

The young Frenchwoman is an outsider when it comes to the closed circle of the convent, from every point of view (her nationality, her profession as a surgeon, her beliefs tending towards communism), but she agrees to keep the nuns’ secret and takes considerable risks to ensure she can provide daily follow-up care to the pregnant women. This support is crucial and gradually persuades the sisters to open their doors, their bodies and their minds to these births that bring them back to a state of being women, which their search for God had all but erased. But this new world is also riddled with the fear of damnation, the trauma of rape, metaphysical doubts, the denial of pregnancy, the pain of giving birth, the guilt of wanting to keep or give away one’s baby, how to do so, and so on. In this place where it is never easy to "put God to one side just for one consultation", these women "hit right in the heart" by the brutality of war attempt to preserve their hope and their faith in a bleak darkness peppered with the odd glimmer of light.

Crafted in a classic style and very masterful visually speaking, with a simple mise-en-scène enhanced by the deft work of DoP Caroline Champetier, Agnus Dei strikes a good balance between a narrative pace that keeps up the "suspense" and a peaceful portrait of the nuns’ daily life. Gliding gently along the crest of its melodramatic subject matter, the film gives prominence to its actors (Lou de Laâge, Agata Buzek, Agata Kulesza and Vincent Macaigne) and effectively plays its role as a historical and feminist ferryman, setting down yet another high-quality milestone in Anne Fontaine’s already extremely fruitful career (ranging from Dry Cleaning, through such films as Coco Before Chanel [+see also:
trailer
film profile] and Two Mothers [+see also:
trailer
film profile], to Gemma Bovery [+see also:
film review
trailer
film profile]).

Produced by Mandarin Cinema with Polish outfits Aeroplan Film and Anna Wloch, Agnus Dei will be released by Mars Distribution on 10 February in French theatres. International sales are being handled by Films Distribution.

Nominated on two occasions by the French Academy Awards as Most Promising Actress, Lou de Laâge appeared recently in The Wait and Agnus Dei 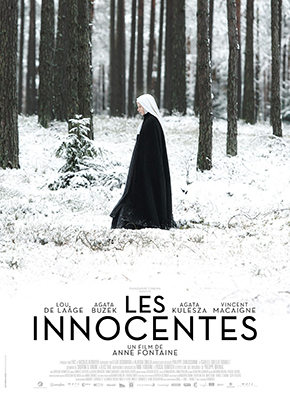 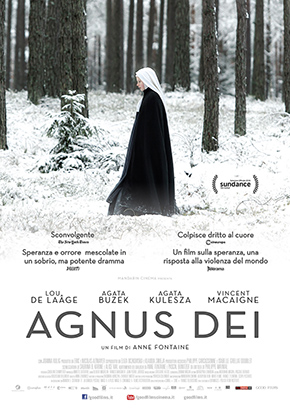 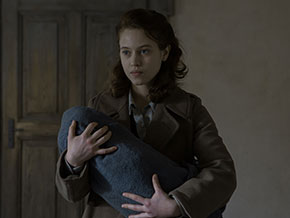 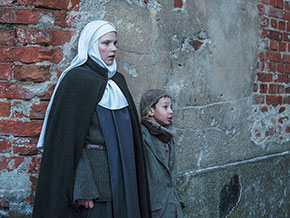 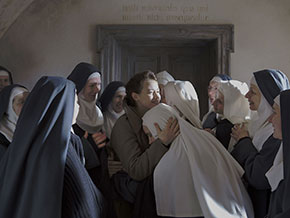 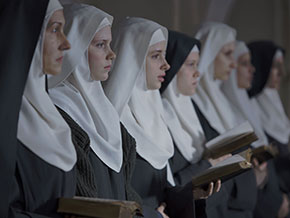 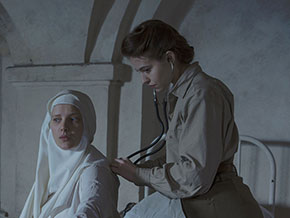