Swing It Kids, music and pictures in perfect harmony

28/01/2016 - The second feature film by Fabian Kimoto, which is competing for the Audience Award at the Solothurn Film Festival, tells the story of the marvellous adventure of a group of extraordinary kids

Fabian Kimoto surprises audiences at the 51st edition of the Solothurn Film Festival with Swing It Kids [+see also:
trailer
film profile], a second feature film as bubbly and refreshing as youth itself. Following on from The Rising Sun, a documentary about the famous Roc Kidz Crew dancers, the Swiss-Japanese director brings us another portrayal of a group of out-of-the-ordinary kids, the Swing Kids.

Behind this evocative name lies an orchestra of young Swiss people who make a lasting impression with every performance. Their adventure is driven by trips to Japan, Brazil and concerts at the Montreux Jazz Festival, a real world tour to the sound of music during which childhood gradually gives way to adulthood. Fabian Kimoto’s camera diligently and sensitively follows some of these young musicians in the making, from orchestra rehearsals to the first stop on their tour in Japan. The adventure they’re preparing for is unexpected and incredibly intense, without rules or obligations beyond that of abandoning the group upon reaching the age of 18. When that time comes they must surrender their place to a younger musician, in a never-ending cycle that makes the Swing Kids a forever-changing group. Fabian Kimoto captures this perpetually renewed energy fuelled by the often-unusual personalities of its members. Swing It Kids is a film about “becoming”, about the alchemical power of music as it almost becomes therapy, a moment suspended in time for you to give free expression to your own individuality.

Fabian Kimoto’s camera leads us into a fascinating world suspended in time, where what counts is an individual’s inner strength, their ability to reinvent themselves and find the energy to go on within themselves, despite the difficulties. Music becomes the common vector that unites the Swing Kids, a group of kids that come from different worlds and family situations but are united by a strong and overwhelming passion in common. Music, a way of bringing down social, cultural, and often and above all, emotional barriers. Fabian  Kimoto captures these moments in which the fatigue of their seemingly infinite travels suddenly tears their masks off, revealing the protagonists in all their enchanting fragility. Moments of humanity and emotional catharsis in a world that often just focuses on the performance.

Dai Kimoto, the founder and spiritual “guru” of the Swing Kids, gently and determinedly guides his students, a sort of reserved and virtuous protective deity who encourages them to give it their best. We’re not talking sterile competition between the members of the group however, rather a healthy and liberating personal struggle for individuality imbued with respect and humanity. The rhythm of Swing It Kids is measured not only by the highly energetic music of our young musicians, but also and above all by the succession of personal moments and glimpses into the lives of the group members. Fabian Kimoto skilfully films these two worlds, the internal blossoming world of the musicians and the public world, where music becomes the tool that makes their emotions tangible. Music and pictures in perfect harmony.

Swing It Kids was produced by Santiago Production and is being distributed in Switzerland by First Hand Films.

more about: Swing it Kids

Swing It Kids, music and pictures in perfect harmony

The second feature film by Fabian Kimoto, which is competing for the Audience Award at the Solothurn Film Festival, tells the story of the marvellous adventure of a group of extraordinary kids 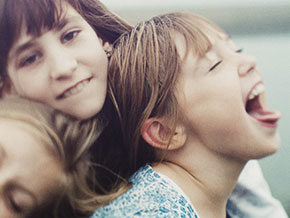 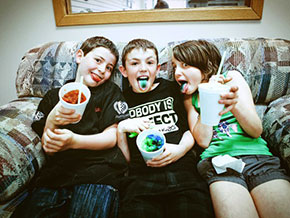 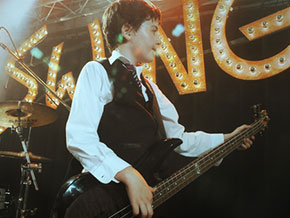