The Lure: An audacious voice in Polish cinema

Marta Mazurek in The Lure

It could be a dark thriller: it's night time, the fog hangs heavy over a river's bushy bank, musicians are in a bar drinking, singing and having fun. The camera pans towards the water's surface and we almost expect to see a drowned body bob to the surface. Instead we see two mermaids (Michalina Olszańska and Marta Mazurek) emerge from the Vistula and begin their enchanting song: "Try to catch us; we're not going to eat you." A sentence resonating with innocent tones but with a sharp, provocative edge. The girls are beautiful, with angelic voices, but their tails are enormous, slimy and reek of the foul stench of sludge. And so begins The Lure [+see also:
trailer
interview: Agnieszka Smoczyńska
film profile], Agnieszka Smoczyńska's first feature-length film, which was shown at the Sundance Film Festival as part of the World Cinema Dramatic competitive section. Such an opening sequence, in which the contrast between the fine features of the young girls’ faces and their imposing figures, could disconcert, or even repulse audiences. Because we understand, very quickly, that the mermaids in this story are not the sweet things found in children's bedtime stories, but rather, creatures whose enigmatic and ambiguous nature will be brutally revealed by their vampiric side: their thirst for human blood.

And as such another, more formal complexity of the film is implied. Because this movie is neither a drama, nor a romantic-comedy musical, nor a thriller, but, rather, a mix of all these genres. The director, who drew her inspiration from Hans Christian Andersen's The Little Mermaid, has reinterpreted it in a very personal way. For Smoczyńska, Andersen's metaphors are a starting point, opening up an entire world of corruption. The director redresses them completely, telling this story with a camp aesthetic and intentional kitsch, putting her characters in a setting with all the bad taste of the 1980s, inside nightclubs from the time of communist Poland. With impish bursts of laughter, distasteful jokes, and a soundtrack derived from 1980s hits, she denounces the hypocrisy of human relationships, ridicules masculine fantasies and demythifies the ideal of innocent, eternal, heterosexual love. The story of two mermaids caught in the Vistula, whose vague identity lies somewhere between girl and woman, animal and human, definitely has a universal dimension because it is the image of initiation, of the passage over the threshold to maturity.

The music is not only a mere illustration of the action, but it's a major element of the film. The songs were written by a duo of sisters, Zuzanna and Barbara Wronska (who have been on the Polish scene since 2007). The actors in the film, Kinga Preis, Adam Gierszal and Andrzej Konopka, and of course the two protagonists, Michalina Olszańska and Marta Mazurek, manage to match these models, successfully incarnating their characters all the while proving their real musical talents.

The film's highly stylised form (verging closely on flamboyance) and its emphasis on tricks, theatrics and sometimes sarcastic humour risk dividing audiences. But one thing is for sure: with her personal style giving birth to a new, audacious and "predatory" (so-called by famous filmmaker Agnieszka Holland) style of cinema, Agnieszka Smoczyńska is a director who has brought her own, brand-new touch to this Polish art form.

more about: The Lure

On the trail of two mermaids

Polish director Agnieszka Smoczyńska talks about her feature debut, The Lure, which is being presented at Sundance in the World Cinema Dramatic competition

Interview: Bartosz M Kowalski • Director of Nobody Sleeps in the Woods Tonight

“I was always more into Skeletor than He-Man”

BERLINALE 2020: The latest effort by Christian Petzold, which is competing for the Golden Bear, is a love story with a mystical twist but will leave your eyes dry

The script is based on Harlan Coben’s 2007 eponymous novel, with the writer also acting as executive producer. The Netflix show is benefiting from a Polish 30% cash rebate scheme

The Polish director’s previous film, Silent Night, was one of the most frequently awarded Polish movies of 2017

Paweł Pawlikowski’s film has scooped the Golden Lions in Gdynia, while Filip Bajon’s The Butler pocketed the Silver Lions and three further prizes

CANNES 2018: Agnieszka Smoczyńska’s sophomore feature portrays the thrilling journey of a woman who literally doesn’t know who she is 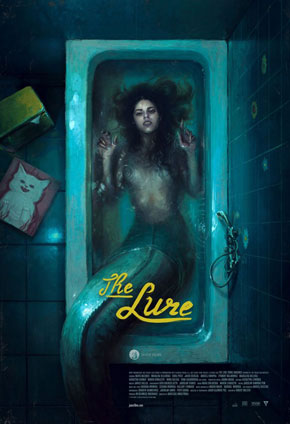 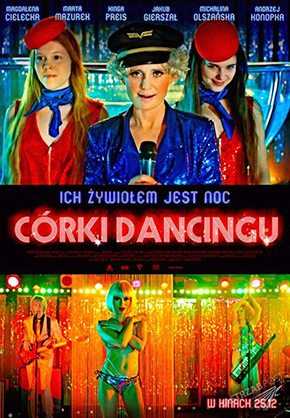 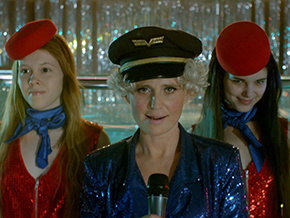