Familienbruchstück, a fragmented portrait of a family crisis

03/02/2016 - Natalie Pfister’s debut feature, which was screened at the 51st Solothurn Film Festival, portrays a family crisis with unexpected consequences

Familienbruchstück reconstructs the story of a fragmented family, from the divorce of the parents to the reconstruction of a new and uncertain future. Natalie Pfister scrutinizes a family unit that has become unstable and is constantly changing up close and personal, with almost clinical clarity of mind. The search for a plausible explanation for the rupture and resulting crumble of the family unit opens up wounds thought healed.

The father, mother and two children in crisis relive their past through actors who play them and express their suffering using their very words. What makes Natalie Pfister’s documentary so surprising is the way she chooses to have actors tell the story of the separation, fake witnesses to a cruelly real crisis. Familienbruchstück is the story of a collective drama, commented on by its very protagonists, who are reliving a past they thought dead and buried, powerless to stop it. What hides behind their apparent new stability? Has the pain of a still- too-recent past really gone away?

Natalie Pfister gives us a way of understanding or at least entering into the everyday reality of a family that seems perfect on the outside, but has gradually lost control. The emotional “filter” of film allows our protagonists to analyse their past with greater clarity of mind. With this group psychoanalysis through film (seeing actors play them can’t be easy), our young director reveals the mechanisms that support and guide family life. When these fail the family unit collapses and everything must be rebuilt, but on what new foundations?

Familienbruchstück offers an austere and minimalistic portrayal of a private world full of contradictions and fragility, it sets film up as a sort of catharsis that allows the protagonists to relive a drama they thought dead and buried, but which actually still affects their present-day lives. The young Swiss director skilfully plays with the concepts of “reality” and “fiction” in a constant coming and going of images of the real protagonists of the drama, filmed in a similar way to a scene from a play, and actors sitting comfortably on the sofa at home (whose home?). The actors look straight forward, as if they are speaking directly to us and the protagonists of the drama, in a sort of utopian search for objectivity. A surprising documentary that reveals the hidden mechanisms of a family gone astray.

Familienbruchstück, a fragmented portrait of a family crisis

Natalie Pfister’s debut feature, which was screened at the 51st Solothurn Film Festival, portrays a family crisis with unexpected consequences 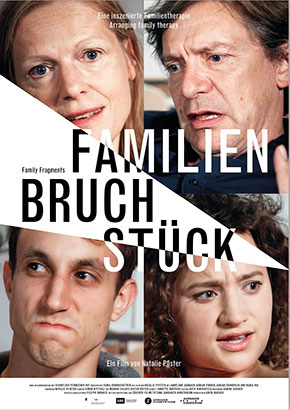 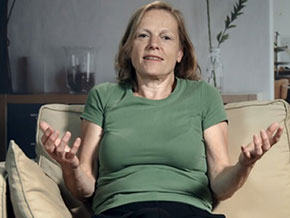