03/02/2016 - The new film by Paolo Genovese is a bitter ensemble comedy with an all-star cast that poses the question: how well do we really know those close to us?

A scene from Perfect Strangers

It comes out just before Valentine’s Day, but it is anything but an ode to love. Following more light-hearted comedies such as The Immature [+see also:
film review
trailer
film profile], Tutta colpa di Freud [+see also:
trailer
film profile] and Sei mai stata sulla luna? [+see also:
trailer
film profile], Paolo Genovese turns to bitter comedy with Perfect Strangers [+see also:
trailer
film profile], which hits theatres on 11 February. The titular perfect strangers are actually seven friends who go back a long way (three couples and a bachelor) and who find themselves having dinner together, where they make up a bizarre and dangerous game: they put their smartphones on the table and as soon as someone shouts out, “We have nothing to hide,” they decide to share the messages and phone calls that they each receive in the course of the evening, in a kind of Russian roulette revolving around text messages and ringtones. But obviously, no one is without their skeletons in the closet, and this merry band of friends will find a fair amount to call into question – and it won’t just be about lovers and betrayals.

“The idea was to sketch out that secret life we cannot come clean about,” explained Genovese just after yesterday’s highly applauded press screening in Rome. “Up until 20 years ago, our secrets were kept inside us; today, they are buried in our mobile phones, which have become a little bit like our black boxes.” The film, which is the fruit of an immense screenwriting effort (the script was co-penned by five people, including Rolando Ravello) and the actors’ hard work (the cast includes Marco Giallini, Kasia Smutniak, Valerio Mastandrea, Anna Foglietta, Edoardo Leo, Alba Rohrwacher and Giuseppe Battiston), unfolds over one evening, around a lavishly decked table, where the friends eat and drink to excess. “In the first draft of the screenplay, the game with the mobile phones on the table was only meant to be one single scene,” continues the director; “then we realised that it worked and that the mobile was a very apt tool to tell the story of our day and age.”

One of Perfect Strangers' strong points is that you immediately identify with things in the movie: “Some viewers will definitely be tempted to have a go at the same game, and that’s why we thought about including a warning: don’t go to see it with your fiancée,” jokes Genovese. But if after watching it, nobody can come to a dinner among friends any more without thinking about the game, perhaps it’s a good idea to take on board the suggestion of Anna Foglietta, the most talkative of all the actors present at the press conference: “I’d never ask to swap mobile phones because it would be stupid – you always come across something. We think of this film rather as an ode to telling each other things and to facing life head on.”

Produced by Lotus and Medusa, which is also in charge of distributing it, Perfect Strangers will be released in over 500 theatres. The MD of Medusa, Giampaolo Letta, reveals that they are already looking at a possible remake overseas: “Five countries, including France, Germany and Spain, have asked to buy it.” After all, mobile phones do speak all the languages of the world.

We spoke to Albert Yao, head of acquisitions at Taiwanese distribution company Swallow Wings, which hasn’t stopped working during the pandemic

Luís Froes, General Manager of Outsider Films, talks about the Portuguese distribution market after the pandemic and their strategy for upcoming releases

Coccinelle Film Sales hits the Marché du Film with a sci-fi drama, a Brexit tale and a love story 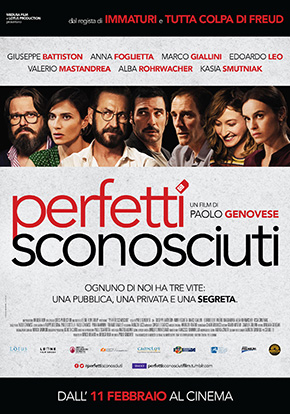 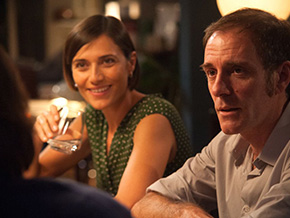 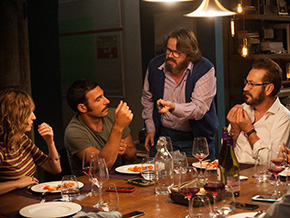 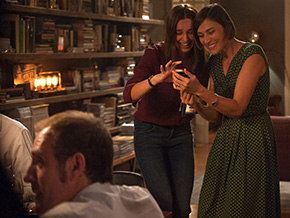