Tomcat: While the cat’s away…

In his debut feature film as a director, the acclaimed März, Austrian actor Klaus Händl threw a Tyrolean village into a state of confusion after the inexplicable suicide of three friends. In his second film, Tomcat [+see also:
trailer
film profile], which was presented in the Panorama Special section of the Berlin Film Festival, the pastoral setting is transposed to a couple of musicians who live among the vines on the outskirts of Vienna. Stefan and Andreas have built an idyllic life for themselves there. Between concerts with their orchestra (of which Andreas is the manager and in which Stefan plays the French horn), when they’re not surrounded by their cheerful bunch of musician friends, all of whom are different but get on in perfect harmony (be it on stage, when they burst into song in unison, in the car or gathered around a few bottles of wine), they make jam with fruit from their garden, dance from one room to the other of their lovely house to jazz, argue and cuddle. Even their cat, Moïse, is perfect, purring by their sides, basking in the sun to warm his soft fur, lying draped across their knees to be stroked, and pitter-pattering across the piano keys. This pretty little feline completes the enviable scene, that of a happy, easy-going, educated and loving family surrounded by good company, for which the sky is always blue.

Then, all of a sudden one morning, in one inexplicable, abrupt gesture on Stefan’s part that we barely have time to understand, the cat is left lying on the breakfast table, motionless. In an instant, the ideal couple is torn apart. The pair wants to stay together and face the crisis together, but it’s not enough to expel Andreas’ doubts, shame, fear and repulsion. The two lovers, who were so perfect in each other’s eyes until that morning, cannot even look at one another anymore, and don’t really know why (as the reason for Stefan’s violent reaction, when he is generally so gentle, remains an enigma), and the wall of misunderstanding and helplessness that grows between them is strengthened by the fear that the situation is irreparable no matter what they do.

And so, bolstered by the highly shrewd performances of his actors, Lukas Turtur and Philipp Hochmair, with Tomcat, Händl deals two tours de force. First of all, he gives us a realistic portrait of idyllic love whilst skimming, without ever indulging in, an excess of perfection that would make the characters’ joy nauseating (as, for example, in Varda’s film Happiness), but above all, he puts his finger on one of the most disturbing phenomena that can affect human relationships: the fact that a single word or gesture by a person that gives their loved one a glimpse of a seemingly total stranger can instantly shatter the strongest feelings, and that all the will in the world can’t do anything to smooth over the cracks – it is often impossible to tell if these are irremediable or likely to disappear as easily as they appeared, by an equally as mysterious form of alchemy. And it is to this very alchemy which makes and breaks love that Händl had the good sense to give form, in one of the most gracious and enigmatic that exist: the feline form.

The festival, which unspools from 5-9 April, will present docs and features, many of which delve into family relations; the Focus Europa section will be dedicated to Luxembourg

Films Distribution has three trump cards in the official selection

Standing tall on the line-up are Ma' Rosa by Brillante Mendoza in competition, The Stopover in Un Certain Regard and Exile as a special screening

BERLIN 2016: Meryl Streep’s jury has singled out Gianfranco Rosi’s documentary on Lampedusa, the island of the migrants; European film is well represented in the winners’ list

Tomcat: While the cat’s away…

BERLIN 2016: An inexplicable gesture brings a musician couple’s relationship to an impasse

Films Distribution to the power of 17

With Tomcat in the Panorama section and seven films in post-production, the Parisian sales company will be well-armed at the EFM 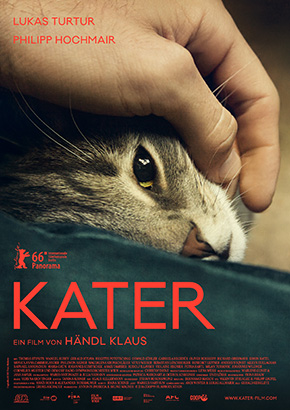 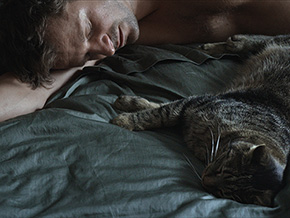 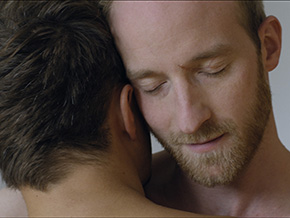 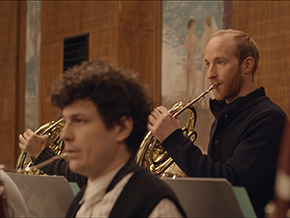