Isabelle Huppert in Things to Come

For her fifth feature film, writer-director Mia Hansen-Løve got her favourite French actress, Isabelle Huppert, to play the lead role. It does take a very special actress – and a very talented director – to deliver the character and the story of a middle-aged philosophy teacher who, after being left by her husband, reinvents and improves herself, without it being over-sentimental or succumbing to the prevalent idea in cinema: that true happiness can only be found in romantic love. This is exactly what Hansen-Løve, Huppert and the rest of the pitch-perfect cast and crew do in the Berlinale Competition title Things to Come [+see also:
trailer
Q&A: Mia Hansen-Løve
film profile].

Huppert's Natalie teaches in a Paris high school and publishes theoretical works that she is passionate about. Her husband, Heinz (the delicately convincing André Marcon, last seen in Marguerite [+see also:
film review
trailer
interview: Xavier Giannoli
film profile]), is also an academic with a philosophical background – the two have a very close relationship with their huge library of big books.

They have a son and a daughter, and the latter, played by Sarah Le Picard (from Les Anarchistes [+see also:
trailer
film profile]), finds out about her father's infidelity and forces him to choose between the two women. Heinz opts for the fresher relationship, and the scene in which he tells Natalie he is leaving her is completely devoid of sentimentality, while still giving the viewer an opportunity to reflect on the gravity of the act. This is Hansen-Løve's forte, and while she gave more room to the open display of emotions in Eden [+see also:
film review
trailer
interview: Charles Gillibert
interview: Mia Hansen-Løve
film profile], which worked in the film's favour, it is a joy to see her fully return to the approach that made Goodbye First Love [+see also:
film review
trailer
interview: Mia Hansen-Love
film profile] such an outstanding work.

On this note, living legend Édith Scob plays Natalie's depressed and possessive mother with a wonderful irony, giving the film several deliciously humorous moments. After the mother has called the fire brigade three times over a couple of days, insisting she had turned on the gas stove and would light a match to set herself on fire, Natalie decides to commit her to a home for the elderly.

Instead of being depressed by these losses, Natalie turns them into an advantage, realising that she is now really free for the first time in her life. She dedicates herself to working with a group of students, and in particular her protégé, a super-talented theorist on the rise, played by Roman Kolinka (who Hansen-Løve worked with on Eden). She finds happiness in herself as opposed to chasing a new romance. However, this is not a trivial, feministic statement; it is an organic part of the character, and it takes an actress with Huppert's range to convey it this clearly.

As in her other films, the director throws a multitude of ideas at the audience, led by discussions of philosophy that are delivered in such a non-imposing manner and with such clarity that they feel more like common sense than pretentious musings. The central theme of the film and its captivating hero never fall out of the viewer's focus, and yet all of the side ideas are still freely hanging around, for the audience to pick whichever of them they want.

Another Hansen-Løve trademark, the switches between backgrounds (city and nature, sun and snow), gives the film a momentum that never drops. She has brought back Eden's DoP, Denis Lenoir, and her regular editor, Marion Monnier, both of whom make sure that her vision runs smoothly and looks natural.

Things to Come is a co-production by France's CG Cinéma, Arte France Cinéma and Rhône-Alpes Cinéma, and Germany's Detailfilm, with the participation of Canal+. Les Films du Losange handles the international rights.

more about: Things to Come

“This isn’t necessarily a different film from my previous ones”

BERLIN 2016: French filmmaker Mia Hansen-Løve talked to the press at the Berlinale about her inspiring new slice of life, Things to Come. Silver Bear for Best Director

Mia Hansen-Løve talks to Cineuropa about Maya, shot primarily in India, unveiled at Toronto and soon to be released in French cinemas

The comedian is currently starring in the feature debut by her brother Amro Hamzawi, which is being produced by Ecce Films and will be sold by Le Pacte 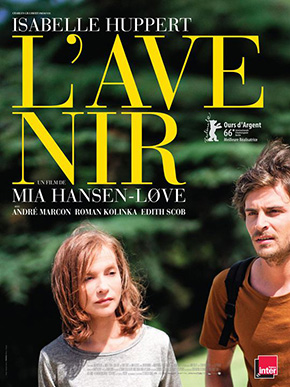 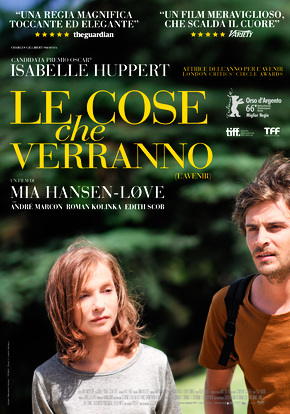 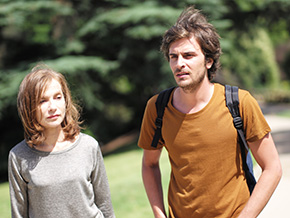 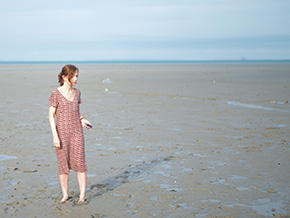 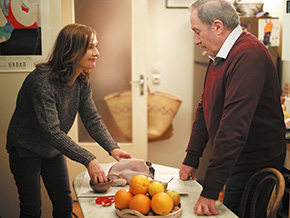 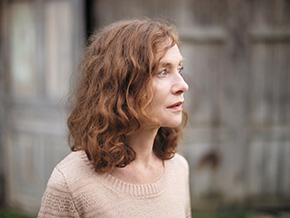 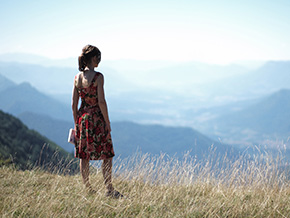