We Are Never Alone: Or we always are

Czech writer-director Petr Václav returns to the theme of a marginalised society in his fourth fiction feature, We Are Never Alone [+see also:
trailer
interview: Petr Vaclav
film profile], which world-premiered in the Berlinale's Forum. The lives of several very different characters intertwine to show that the title of the film can be taken both directly and ironically.

A grocery-shop saleswoman (Lenka Vlasáková, who worked with Václav on 2001's Parallel Worlds), who maybe also owns it – or perhaps it belongs to her father – lives with a hypochondriac of a husband (Karel Roden, probably the film's best-known Czech actorinternationally) and their two sons. A Roma strip-club/brothel manager (Zdenek Godla) often buys cigarettes there, and at the beginning of the film, he comes with one of his employees (Klaudia Dudová, who came to prominence in Václav's previous film, The Way Out [+see also:
film review
trailer
interview: Petr Václav
film profile]), who has a small child and a boyfriend in prison. Across the street is the house of a paranoid prison guard (Miroslav Hanuš, recently seen in Three Brothers [+see also:
trailer
film profile]), who locks all the doors at all times, so his wife and son have to knock every time they want to enter a room.

They all live in a small village in the provinces, where the prison and the brothel are the only "attractions", and their lives inevitably intertwine. The hypochondriac and the prison guard become friends, and the saleswoman falls for the brothel manager, who is lovesick for his employee, who is, in turn, constantly drunk and lovesick for her jailed boyfriend. Needless to say, everybody is unhappy and looking for an exit.

Václav presents these unfortunate individuals and the part of society that they inhabit as a sign of the times. Changing from black-and-white to colour and back (shot by his regular DoP, Stepán Kucera, and edited by Florent Mangeot, whom he worked with on The Way Out), the writer-director adds in right-wing rants from the prison guard, and audio from a TV report on whether a planned highway that should run from the Baltic, across the Alps, to Portugal, would unite or further divide Europe.

The atmosphere of the film is not always as heavy as the synopsis makes it sound, but even the humour is pretty dark. It is a dynamic and engaging movie, and while the title implies that people are always connected and dependent on each other, it is hard to shake off the feeling that each of the characters is locked up in a cage built of his or her own psychological problems, unable to help themselves, and unwilling to help others.

We Are Never Alone is a co-production by the Czech Republic's Mimesis Film and France's Cinéma Defacto, and WIDE Management handles the international rights.

more about: We Are Never Alone

Cineuropa sat down with Czech filmmaker Petr Vaclav on the occasion of the North American premiere of his latest feature, We Are Never Alone, at Toronto

First Cut+ announces the participants in its winter 2021 session

Eight films, which have previously been part of First Cut Lab, are participating in the first session of the hybrid programme set to run during Trieste’s When East Meets West

“I am not really a fan of ‘hope’, but I will be glad if the film can open up discussion”

As his Czech short film Playing prepared to screen at EFP’s Future Frames at Karlovy Vary, we caught up with Slovenian director Lun Sevnik to talk about it

Olmo Omerzu’s film has topped the Czech Film Critics’ Awards, while I, Olga Hepnarová also swept a handful of accolades

Mimosas wins the Golden Pyramid for Best Film at Cairo

Oliver Laxe's Mimosas was the big winner, while Licinio Azevedo was awarded Best Director for his The Train of Salt and Sugar 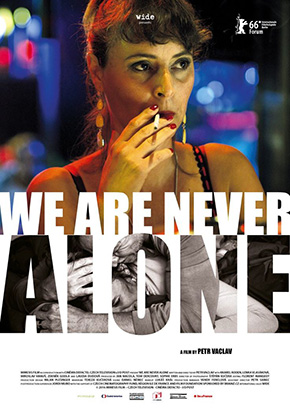 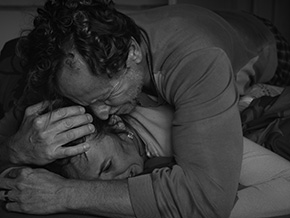 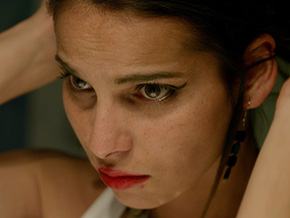