15/02/2016 - BERLIN 2016: Inventive filmmaker Asli Özge is now testing genre waters with All of a Sudden, which world-premiered in the Berlinale’s Panorama Special section

The film starts with a party in an apartment in the small town of Altena. The place belongs to Karsten (Sebastian Hülk, whose recent credits range from Amour Fou [+see also:
film review
trailer
film profile] to Hitman: Agent 47), and as the party ends, only a mysterious woman called Anna (Natalia Belitski) stays with the host, whose sexual interest in her is clear, but not openly displayed.

The mystery starts as the woman suddenly collapses, and Karsten runs to the local clinic, only to find it closed. When he returns, she is dead. Now Karsten is being interrogated by the police – since he didn't call an ambulance in the first 15 minutes, by German law he could be accused of manslaughter.

This is what his lawyer is worried about, while his father (the always-reliable Hanns Zischler, recently seen in Heil [+see also:
film review
trailer
interview: Dietrich Brüggemann
film profile] and Clouds of Sils Maria [+see also:
film review
trailer
interview: Charles Gillibert
interview: Olivier Assayas
film profile]) wants to save the reputation of his rich family. When the lawyer reveals that the woman was Russian, the father spots an opportunity in it, thus revealing the underlying subject matter that will prevail over the genre form: the dark underbelly of modern German, and indeed Western European, bourgeois society, which prides itself on its open-mindedness and liberal values, while at critical moments it does not refrain from enforcing its self-perceived superiority over the lower classes, and especially immigrants.

But this society is no less brutal to its own members. It is Karsten who ends up being a victim of peer pressure, coming not only from figures of authority, such as his boss, who effectively demotes him to save the bank's image, but more painfully, also from his friends, co-workers and, crucially, girlfriend Laura (stalwart of modern German cinema Julia Jentsch). But bearing in mind the delicate sexual implications of the mysterious event, she has every right to be suspicious, and Jentsch creates this character masterfully and with absolute clarity.

And as Özge probes the fine layers of the social milieu, she never forgets to keep her characters realistic. Karsten is a flawed hero: his actions, while not necessarily moral, are instinctive and essentially well intentioned, at least at the beginning. The ordeal he goes through will hardly leave him a better man.

The mountains surrounding the town add a strong feeling of claustrophobia, neatly tying in with the pressure placed upon Karsten, with DoP Emre Erkman working as expertly within the confines of the little burg as he did with the apartment in which all of Lifelong takes place.

Özge seems to be one of those rare filmmakers who are not afraid to explore the themes that intrigue them through very different forms, and this is arguably her most accomplished film to date. Although at the Q&A after the premiere in Berlin, she said she was not interested in genre, this is a drama with strong thriller elements, and even an effective and unexpected touch of Lynchian mystery in one of the key scenes.

A co-production by Germany's EEE Productions, Holland's Topkapi and France's Haut et Court, All of a Sudden is handled internationally by Memento.

more about: All of a Sudden

The German film festival KINO! 2017 will present 11 features to the American public, pros and press

European titles will land in Israel for the 32nd edition of the Haifa International Film Festival, which will run until 24 October 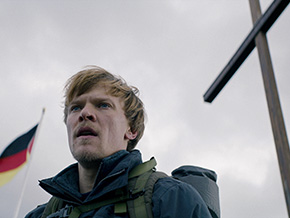 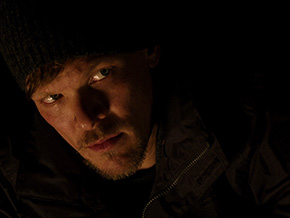 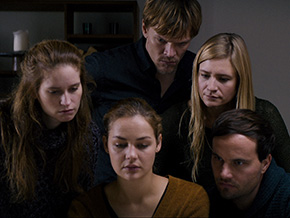 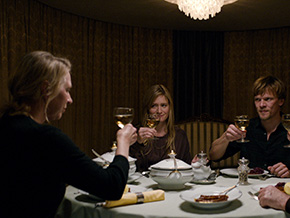