17/02/2016 - Valery Rosier, who already made a splash with Sundays and Silence Radio, continues to forge ahead with a brand of cinema that refuses to side with documentary or fiction

Parasol [+see also:
trailer
film profile] by Valery Rosier follows the sun-kissed wanderings of three characters with nothing in common, apart from their solitude and their struggle to make contact at (almost) any cost. Annie, a Belgian pensioner, is spending her holidays alone in Majorca. She is chasing an unlikely boyfriend whom she chats with on the internet, but who ducks out whenever a real-life meeting is arranged. Alfie, a young Englishman on a family holiday on the island, seeks to blend in in order to put an end to his loneliness, but has trouble finding solid travelling companions. Last of all, there is Pere, who drives the local little tourist train and is trying to re-establish the ties that at one point had united him with his daughter.

In some ways, Parasol brings to mind some of the films made for the TV show Strip-Tease, which redefined a certain documentary-like approach to day-to-day life. In that series, we follow characters whose existence is, when all is said and done, banal, during moments of their unremarkable and even mundane daily lives. It is a kind of immersion in reality that seems to circumvent the spectacular, and instead zoom in on the empty moments. The inherent risk of this approach is that you fall into the trap of a kind of voyeurism, or even a form of condescension. There is nothing of this to be found in Parasol, and that is probably its main strength, where the filter of fiction – by making the heroes of the movie determiners of their destinies (even if we are actually dealing with non-professional actors) – bestows a kind of authority upon them, and repositions the director (and the viewer) to the right distance. Parasol opts for totally roving characters who find it hard to find their place, are crippled with solitude, and are prepared to do a great deal to (re)establish bonds that are nonexistent or have been damaged by life itself. The director observes these unhappy and melancholic fates with a certain degree of humour, and even a hint of irony, but he nevertheless succeeds in maintaining the tenderness and benevolence that are essential to avoid transforming his heroes into circus animals, characters performing in the little theatre of human cruelty.

Parasol is Rosier’s fiction feature debut and the second feature (following Prejudice [+see also:
film review
trailer
interview: Antoine Cuypers
film profile], which was released a few months ago) for producer Benoît Roland and his outfit Wrong Men, whose boldness and strong artistic engagement should not go unnoticed. It is being sold abroad by Be For Films, and Cinéart has clearly placed its faith in the film by bringing it out in half a dozen Belgian theatres this week.

With his third film, Nabil Ben Yadir brings us a by-the-book detective story, a film of cops and yobs set against the backdrop of the rise of populism 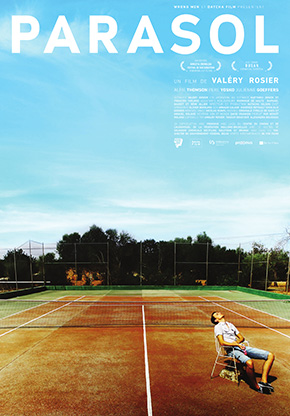 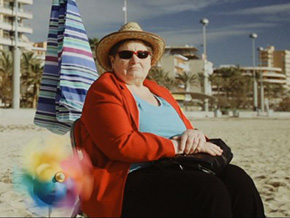 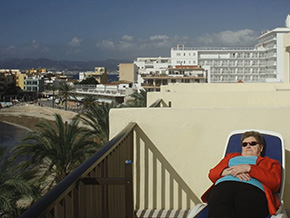